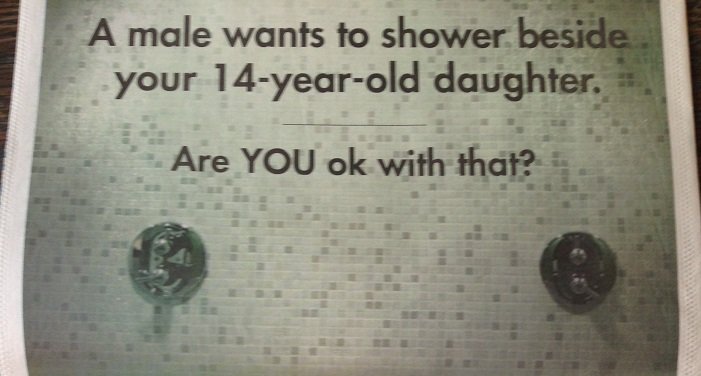 (The full-page ad, published in the Sept. 28 Star Tribune, was from The Minnesota Child Protection League, and read, "A Male wants to shower beside your 14-year-old daughter. Are you okay with that?")

The Minnesota Child Protection League, an anti-LGBT group that opposes LGBT inclusion in the state’s public schools, bought an ad in the Sunday Star Tribune. The ad says, “A male wants to shower beside your 14 year old daughter. Are you okay with that?”

The ad is part of a push by MNCPL to stop the Minnesota State High School League from passing a policy that would provide inclusion for transgender athletes. The Catholic Church and the religious right have mounted a campaign to block it. In the process, they’ve perpetuated false stereotypes about transgender people, including the myth that transgender students will prey on fellow students in locker rooms, showers, restrooms and hotel rooms. According to many law enforcement, civil rights and sexual assault prevention organizations, the idea that transgender inclusion will put anyone at risk is unfounded.

The Minnesota State High School League is “a voluntary, nonprofit association of public and private schools with a history of service to Minnesota’s high school youth since 1916.” The MSHSL oversees much of the athletics in the state.

According to the proposed policy, transgender high school students can play on the team of their choice (male or female) but must have a physician’s documentation and in some cases must have begun hormone therapy to “preserve competitive equity.” The MSHSL policy also provides transgender students avenues for corrective action if a school district does not comply.

The MSHSL will meet on Wednesday, Oct. 1, and Thursday, Oct. 2, to discuss — and possibly approve — the policy.

Minnesota is by no means the first state to have its high school activities association consider such a policy. Associations in Illinois, California, Maine, Colorado, Massachusetts, Vermont and Connecticut have had similar policies for several years. Even associations in states that are considered conservative have adopted such policies including Nebraska in 2012, and North Carolina and Virginia in 2014. Minnesota’s neighbors to the south and west have also approved of the policies. Iowa approved similar policies earlier this spring. The South Dakota High School Activities Association approved such recommendations in June.

As the Star Tribune’s Sunday edition hit newsstands, the reaction on social media was swift with many people saying they were ending their subscriptions: 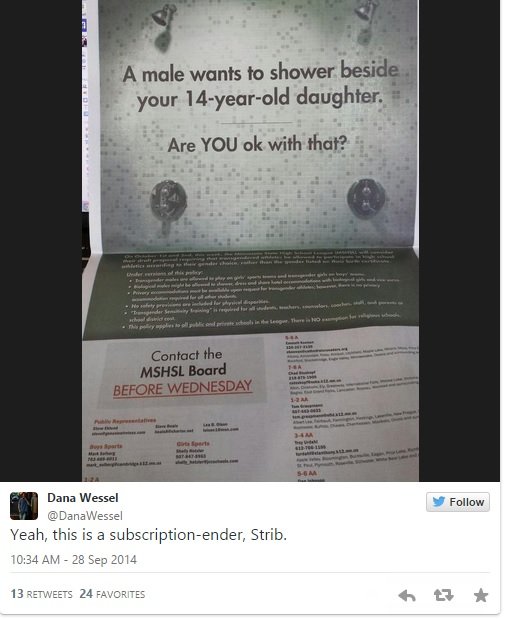 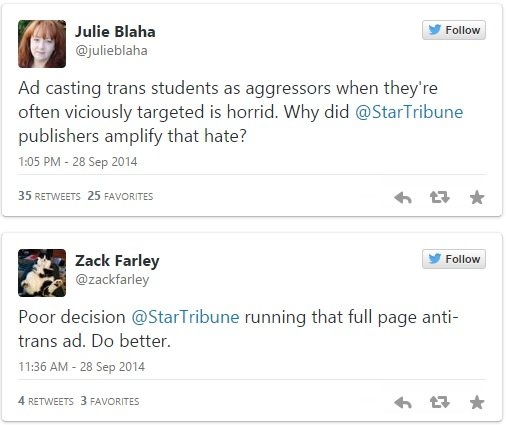 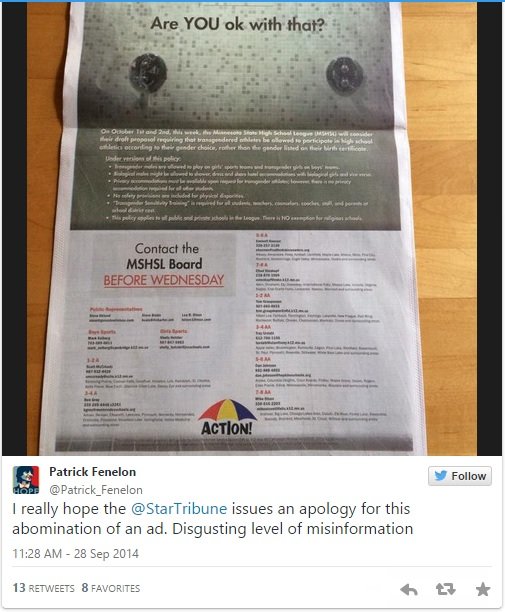 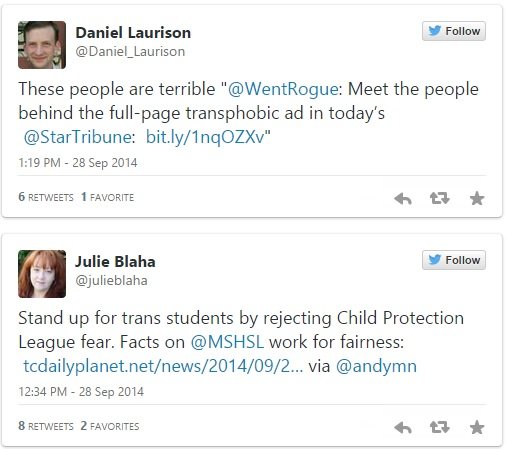 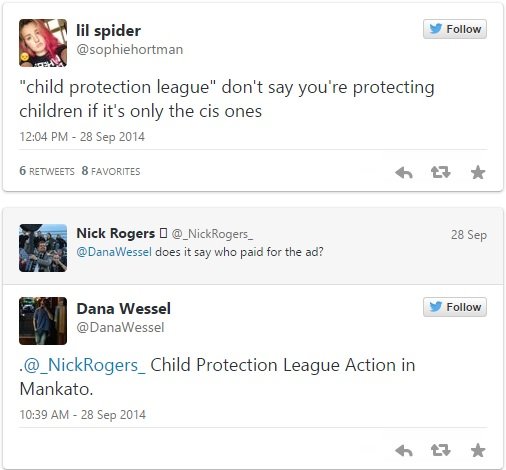 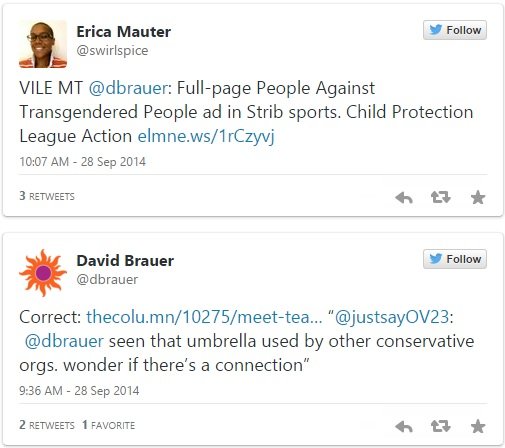 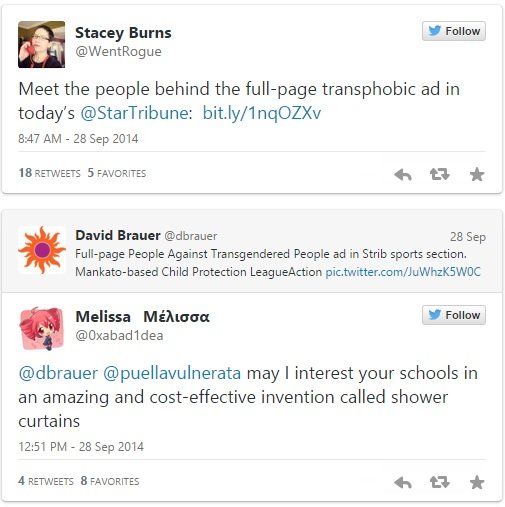 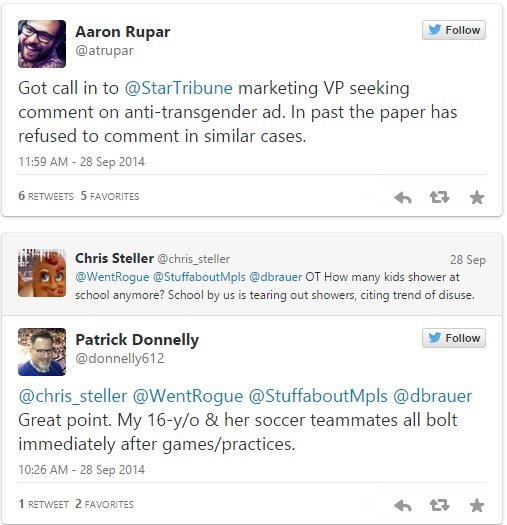 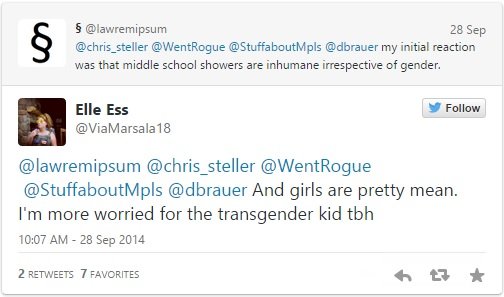