Up to 117 Delegates of the Ward 1 will meet to endorse for city council, on 9AM Saturday July 27th. It will happen at the Heat and Frost Insulators Local 34 Union Hall at 95 Empire Drive in Saint Paul. While 117 delegates are invited, more like 70 delegates are expected to show up, This means that a candidate with 42 delegates could already have 60% of the vote needed for endorsement. This is a convention where small numbers will make a big difference for a very important city council endorsement. 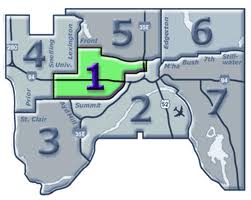 When the precinct caucuses were held, the only important races were for school board. Chue Vue had the first endorsement. Kazoua Kong-Thao and Chue Vue have been fundraising together and having other joint events. Could Kazoua Kong-Thao already have 42 delegates just from recruiting for Chue Vue’s school board race? Or is the Hmong vote split because Dai Thao is also in the race? Could 6 of the 7 candidates hold their delegates for 6 rounds of voting to prevent endorsement?

More on the 7 candidates and election analysis after the fold.

St. Paul City Council Member Melvin Carter III resigned halfway through his four-year term to take a state position with little notice. Ranked choice voting on November 5 will choose a replacement council member to finish the last two years of the term. When the precinct caucuses happened, people did not know that a city council race would happen. So the representation of this endorsement could be argued. That means candidates could go on without endorsement. Endorsement would still be a huge advantage.

Before ranked choice, a tiny minority of primary voters in an off year election in the dead of August would determine the DFL endorsed candidate. With ranked choice, the whole race goes to the November 5 normal election date. Fortunately ranked choice will act to ensure that final choice has a majority vote, if there are multiple candidates. Since this is an off year election, it is still a small number of voters. The ease of early voting and absentee voting could make this race more about vote management than candidate qualities.

Ward 1 represents Frogtown / Thomas-Dale, Summit-University, and neighboring areas such as Lexington-Hamline and Snelling-Hamline. It is a lovely area to doorknock and people expect candidates to do so. A city council race can then turn into a enthusiasm/endurance test of door knocking. It is possible, but not easy, to beat the DFL endorsement through putting in much more doorknocking time.

So no matter what, the upcoming DFL endorsing convention is very important.

Lori Stee, the Ward 1 chair is committed to openness and transparency in the convention process. With an expected 70 delegates, the management of the convention should be manageable. The voting should not take long which means that 6 rounds of voting could go very quickly. So I predict that the endorsement will happen on the 1st or 3rd vote or not at all.

A first vote would come from either the Kazoua Kong-Thao/Chue Vue relationship or a great calling and persuasion campaign from one of the candidates.

When people realize that their candidate has a low percentage on the first vote, it is the second choices on the second vote that will really determine the leader. People on the 3rd vote either move to block that leader or endorse.

Two opportunities exist for people to get to know candidates. The convention will have short speeches with a question and answer period for 7 or more candidates. Arriving early would also give an opportunity for one on one discussions.

I have standard set of questions that these candidates have answered answered that would also give another perspective to undecided delegates. They are listed in order of when they responded to questions. Just follow the links. My favorite questions are about courage and the ability to negotiate.

Kazoua Kong-Thao – former school board chair and treasurer, committed to business and diversity

I made all efforts that I could to contact candidates and get responses. Yet some candidates could not be reached or did not respond. I would say that this does not bode well for any expectation of response as a city council member. These candidates did not give me responses.

Paul Holmgren – rumored to be the GOP candidate