The St. Paul public school district adopted a policy on Tuesday that has drawn some attention and attracted much debate. In this policy, district leaders focused on eliminating the institutional racism that they acknowledge “results in predictably lower academic achievement for students of color.” The policy lays out the goal of creating a system that “invite[s] and includes[s] people from all races” to work together and find solutions to problematic policies and attitudes. 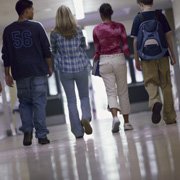 There is some criticism that this resolution is overly vague, and does not provide concrete steps and measurements to increasing racial equity. However, that is not really the goal of a policy like this. To start with concrete goals in mind on an issue as nuanced as racial equality would only promote metric-chasing akin to what happens in testing standards. What a policy like this does is establish an explicit attitude from the district, acknowledging the institutional racism that so far had been talked about only by advocacy groups.

Changing a culture of prejudice is not a task that can start with policy. Mandating standards and benchmarks may sound good and make nice graphs, but it does little to address the root causes of that culture. This is what this policy is after, examining the source of the broken system, rather than simply treating symptoms.

There are some real numbers that display this inequality, but they point us toward the root problem, and only focusing on the raw numbers misses the point. Alabama’s new Plan 2020 (no relation) demonstrates the problems with benchmarks without examined intent. St. Paul, and Minnesota at large, are already doing some good work to promote equity, and hopefully this newly explicit focus from the district will bring more effort.

This policy is not much of a stand-alone development, but in the context of work going on already; it is a significant and heartening development. A statement like this gives soul to the policies and procedures being worked on now and in the future. With a clear ideal, and a frank acknowledgement of the institutionally embedded problem, St. Paul has provided a clear call to action.