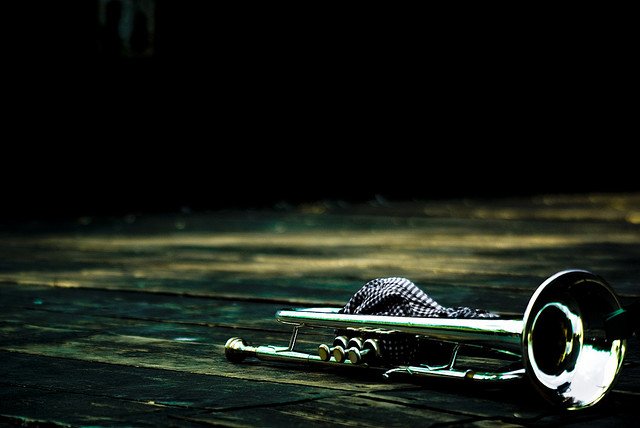 EXPO Elementary parents are up in arms because their kids won’t be able to take music during the school day next year.

In the 2014-2015 school year, EXPO Elementary will no longer offer music classes during the day, replacing them with a technology course. The decision came with the school’s choice to move forward without a licensed music teacher and follows an emerging trend to offer music in afterschool programs rather than as its own class during the day. Minnesota law requires public elementary and middle schools to offer at least three and require at least two arts subjects, including dance, music, theater or visual arts. High schools must offer three classes and require one.

“Change is never easy,” said EXPO Elementary principal Darren Yerama. “The EXPO Board of Directors is currently investigating other options for music opportunities at EXPO during the school day, including partnerships with local colleges and music programs.”

Spencer de Gutíerrez said reductions in the number of full-time music teachers have also been effected by students changing schools due to moving up in grade level, and fluctuations in student enrollment and in state and federal funding.

“Comparing teacher numbers from year to year is a bit like comparing apples to oranges when all factors are looked at from a broader perspective,” she said.

The dip in full-time licensed music teachers comes at the same time that the district has bolstered its after school arts programming, Lorenzen said. There was a transition in the music program in 2010, she said, when itinerant music teachers — teachers who were teaching at more than one school — shifted to the after school program. The program actually increased the number of students who participate in music, she said, because it gives the students an option to take music outside of the school day rather than missing a class for it.

“The demographics of the kids taking [instrumental music] is mirroring the districts’ diversity, which is something that we did not have before,” Lorenzen said.

But some parents find the shift away from teaching music in the daytime curriculum upsetting.

“This seems a little unfair,” said Expo parent Jean Turck. “It’s hard for me to justify taking out a music resource during the school day … Music has been shown to be a base for a lot of different skills. It’s not just learning notes or playing instruments.”

Marta Dykhuizen Shore, another Expo parent, said there’s been a lot of pushback by the parents as a result of the school’s decision to cut music from the day. As a statistician, she said she feels music is important for children’s understanding of numerical patterns and that general music, rather than strings or band, should be offered for all students. “They are losing this basic understanding of music,” she said. “There’s a difference between music education and being in a band.”

“The basics of music education are really important,” she said. “They keep kids engaged. I’m a math person. I’ve got to have art around me and something around me besides math all day and the kids need that too… They need a real opportunity instead of saying they’re just moving it to after school.”

While Dykhuizen Shore said she understands the principal has to balance priorities, such as providing English Language teachers and getting more aides for reading and math, she and other parents are hoping to come together to bring music back into the school day.

According to Diane Aldis, an art education specialist with the Perpich Center for Arts Education, offering arts after school may provide sufficient instruction. But if the teacher isn’t licensed, she said, there would have to be some other way of assessing the students’ progress.

“While it may not be impossible for students in an after-school program or an extended artist residency to demonstrate achievement of the standards, it would be difficult,” said Pam Paulson, senior director of policy for PCAE.

Artists are often not equipped to do standards-based sequential teaching and assessment of student learning, Paulson said, and they typically haven’t spent enough time with students to adequately address expectations and properly assess their progress.

Beth Aune, the director for academic standards for the Minnesota Department of Education, said there’s limited state authority in the enforcement of arts standards. While the state develops the standards, she said, local districts develop their own curriculum and MDE prefers not to get involved.

Aune said it’s common for districts to choose the state arts standards but they may also choose to develop their own standards.

Spencer de Gutíerez said that St. Paul also offers numerous opportunities to work with outside arts organizations such as MacPhail, Compas, the St. Paul Chamber Orchestra and Steppingstone Theater. These residency programs, implemented through Minnesota State Arts grants, happen during the school day, she said, and are completed in collaboration with third-party artists and a licensed teacher.

But those programs have seen a decrease as well said Compas arts program director Daniel Gabriel. Compas, a nonprofit that offers artist residencies in schools, used to offer 60 to 90 weeks of residency in SPPS, he said, but now they do about a half-dozen.

Gabriel said there’s a trend happening across the state that has reduced the number of licensed teachers in arts fields. “It’s happening to all sorts of arts specialists,” he said. “The field of dance specialists is almost completely decimated. Theater is almost decimated. I tell people thinking of going into those fields that they should rethink it.”