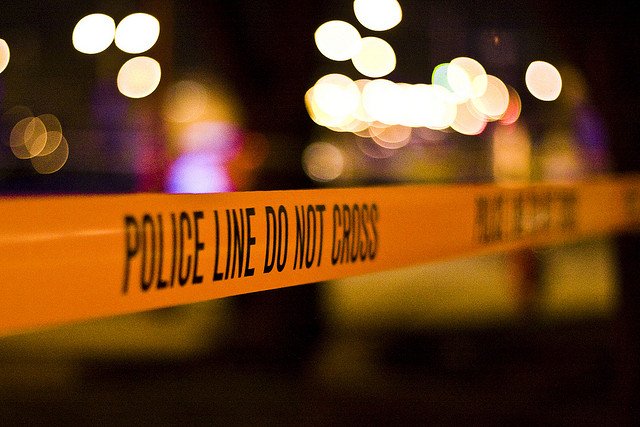 Racial tensions in the U.S. have reached the boiling point in the wake of the deaths of two black males at the hands of police officers, and the announcements in the last few days that grand juries declined to bring charges against either officer.

18 year old Michael Brown was shot and killed by Ferguson, Missouri police officer Darren Wilson, just weeks after Eric Garner was placed in a chokehold that resulted in his death by Daniel Pantaleo in New York. Both officers are white.

The racial tension, already high, reached the flashpoint nationwide in the last few days following the grand jury announcements. Protests, some becoming violent, took place all over the country, including the Twin Cities, decrying a system that seems to allow police to murder black males with impunity and with no repercussion.

Nationally, according to a ProPublica study done last October, black males are 21 times more likely to be shot and killed by police than their white counterparts. So the Twin Cities Daily Planet attempted to look into the Twin Cities’ police shooting records to see if the cities’ numbers reflect a similar trend. St. Paul provided their numbers between 2008 and 2014, but Minneapolis spokesman John Elder told the Daily Planet to file a formal data request, a process that can take several months.

Between 2008 and 2014, there were eight fatal shootings by police officers in St. Paul. Of those shootings, five were African American and two were white, making black males almost twice more likely to be fatally shot by police than their white counterparts.

To put these numbers into context, according to 2010 census data, African Americans make up about 16 percent of St. Paul’s population, while whites make up 60 percent.

While those numbers don’t reflect an even playing field in St. Paul, they’re still far lower than the “21 times more likely” national statistic.

St. Paul Police spokesman Sgt. Paul Paulos attributes that to two major factors: hiring police officers from the neighborhoods where they will be serving, and the training they receive.

“We started being a department that is responsive to, and reflective of, the community that we serve,” Paulos said. “[St. Paul police officers] have a better understanding of the community, and that way they can be reflective of it.”

Concerning training, Paulos indicated that his department puts officers through diversity training, as well as how to recognize and deal with mental illness in communities. “We do cultural things within the department that help us strengthen those relationships; we also do tremendous community outreach, whether it’s the African American community, the Somali, the Hmong, Hispanics, and our newest population here in St. Paul, the Karen [Burmese].”

Understanding the affected cultures, Paulos said, leads to more positive outcomes between the police and the community.

ProPublica’s study studied more than 12,000 fatal police shootings from 1980 to 2012. They examined data voluntarily reported by hundreds of police departments to the FBI each year, in what is called the Supplementary Homicide Report.

The years 2010 to 2012 were the most recent years for which FBI figures were available. In that time, 1,217 deadly police shootings were reported and show that black males from age 15 to 19 were killed by police roughly 21 times more often than their white counterparts, or a rate of 31.17 per million per black for youths, compared to 1.47 per million for white males.

Other key findings from the study include:

Most police killings involve officers firing handguns, but from 1980 to 2012, 714 incidents involved officers using shotguns. “The Los Angeles Police Department has a special claim on that category,” according to the study. “It accounted for 47 cases in which an officer used a shotgun. The next highest total came from the Dallas Police Department: 14.”

While being careful to note that not every police department reports annually, ProPublica quoted David Klinger, a University of Missouri-St. Louis professor and expert on police use of deadly force as noting that “… racial disparities in the data could result from ‘measurement error,’ meaning that the unreported killings could alter ProPublica’s findings.” But he added that the racial disparity is so wide that “I doubt the measurement error would account for that.”