The view from Cretin Avenue on July 12.

One thing the Central Corridor crew does well is sending out press releases. Here are the highlights from this week’s construction updates:

University Avenue looks the same to drivers, but if you’re on the sidewalk, you may see some street paving and laying paver blocks for sidewalks

On July 17 traffic is scheduled to begin switching from the north side to the south side of University Avenue, at least between Emerald and Hampden. That will mean changes in bus stops, too.

If you’re watching, the first train stations have appeared (below), but the trains themselves … not until 2014. 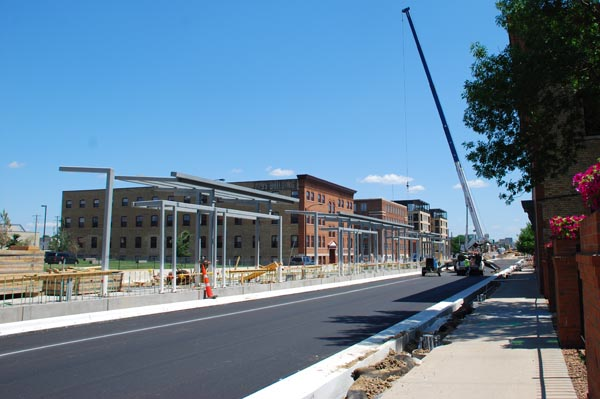 In the meantime, bus information, including changes in stops and schedules, is at www.metrotransit.org/construction or call the Transit Information Center at 612-373-3333. 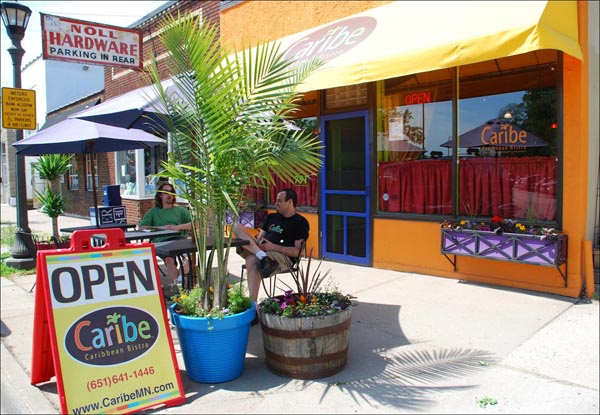 This week’s Central Corridor construction update highlights Caribe Caribbean bistro at 791 Raymond Avenue. I had lunch at Caribe with my family today, and it was, as always, terrific.

As far as the impact of construction, I can report that we had no trouble finding on-street parking. That’s a good news/bad news report. I live nearby, and count University Avenue businesses among my regular stops. While parking is seldom a problem, that means that business is not great along the Avenue. So, the message to anyone who has been scared away by construction is — come on back! You can get to Caribe, Bonnie’s Cafe, the Dubliner, Biaggio, Sharrett’s Liquors, and all the other great businesses on and near University Avenue and you should, because we all want them to stay open throughout and beyond the construction.

In Minneapolis, the Cedar Avenue Bridge is now under construction.