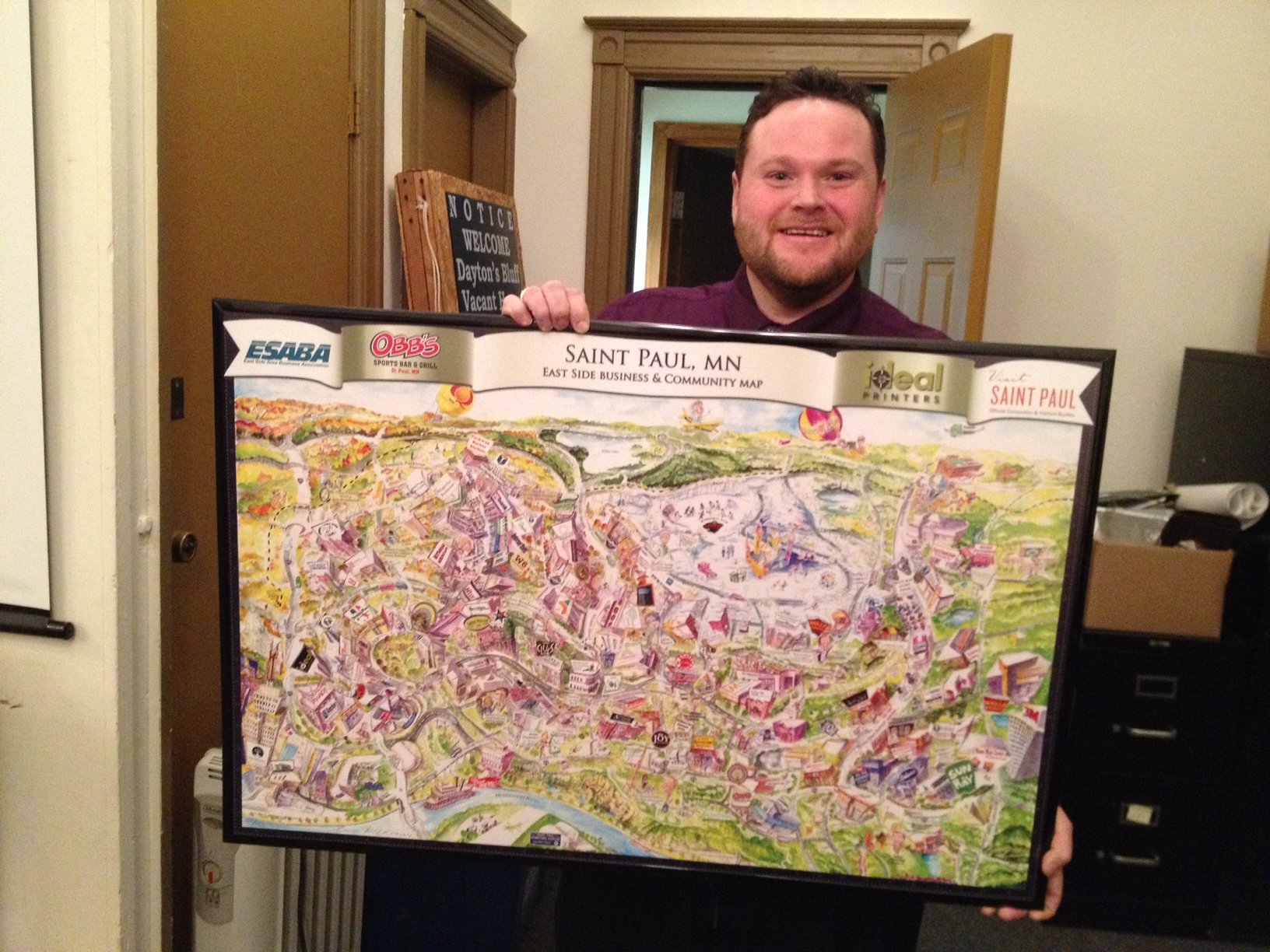 Tim Herman and the East Side Area Business Association (ESABA) put the east side of St. Paul on the map. Literally — on a hand-painted, water-color map that shows East Side businesses, streets, institutions and politicians.

ESABA raised $20,000 by selling spots on the map. Each business that paid to be represented got signed and numbered copies of the map, with the number of copies varying according to the amount paid.

“What’s interesting about the map,” said ESABA Executive Director Tim Herman, “is that it was water color painted by a Dayton’s Bluff artist — Liz Harrell. The original is five feet wide, and the copies for sale are 24 by 36 inches.

Next up: ESABA plans to partner with non-profits to sell a poster edition as a fundraiser benefiting both the non-profit and ESABA.