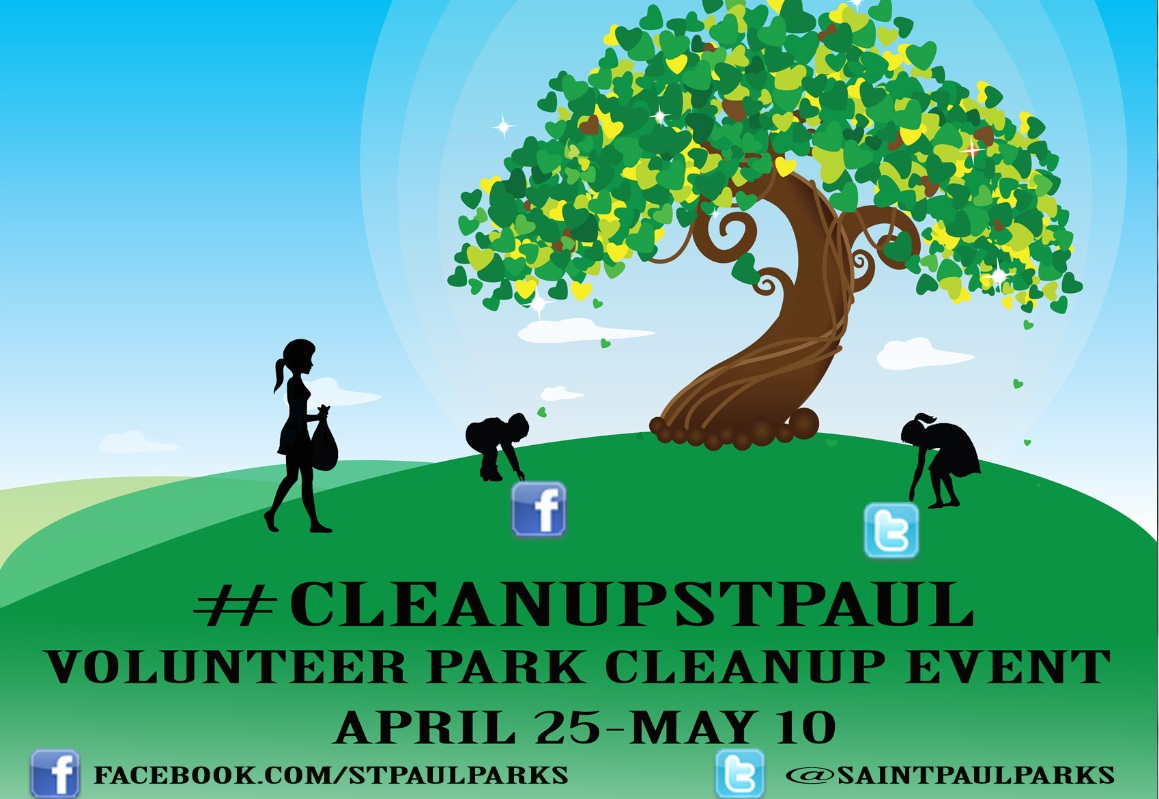 Earth Day was kind of a bust, with snow canceling all of the scheduled clean-up activities in both cities, but St. Paul is cleaning up now. The city launched a social media campaign — #CleanupStPaul — with a YouTube video and an invitation on the St. Paul Parks Facebook page. And everybody’s invited, all over the city.

The City of St. Paul is also asking people to post their clean-up pictures on the St. Paul Parks Facebook page or — even easier — on Twitter with the hashtag of #cleanupstpaul. So far, not many people are posting photos, so you could be one of the stars.

All you need to do, according to the city website, is:

If you can’t pick up bags during these times, contact Andy Rodriguez at (651) 632-2411 or email atandy.rodriguez@ci.stpaul.mn.us to schedule an alternative arrangement.

Go out to your favorite park and pick up trash.

Take photos of full trash bags and upload them to Facebook/Twitter.

Tag photos on Twitter with the hashtag #CleanupSaintPaul or tag Saint Paul Parks and Recreation in photos on Facebook.

Leave bags by the nearest park garbage can and park staff will pick up the full bags.

The official cleanup runs through May 10, and anyone who posts a hashtagged photo has a chance to win four admissions to any city aquatic center.