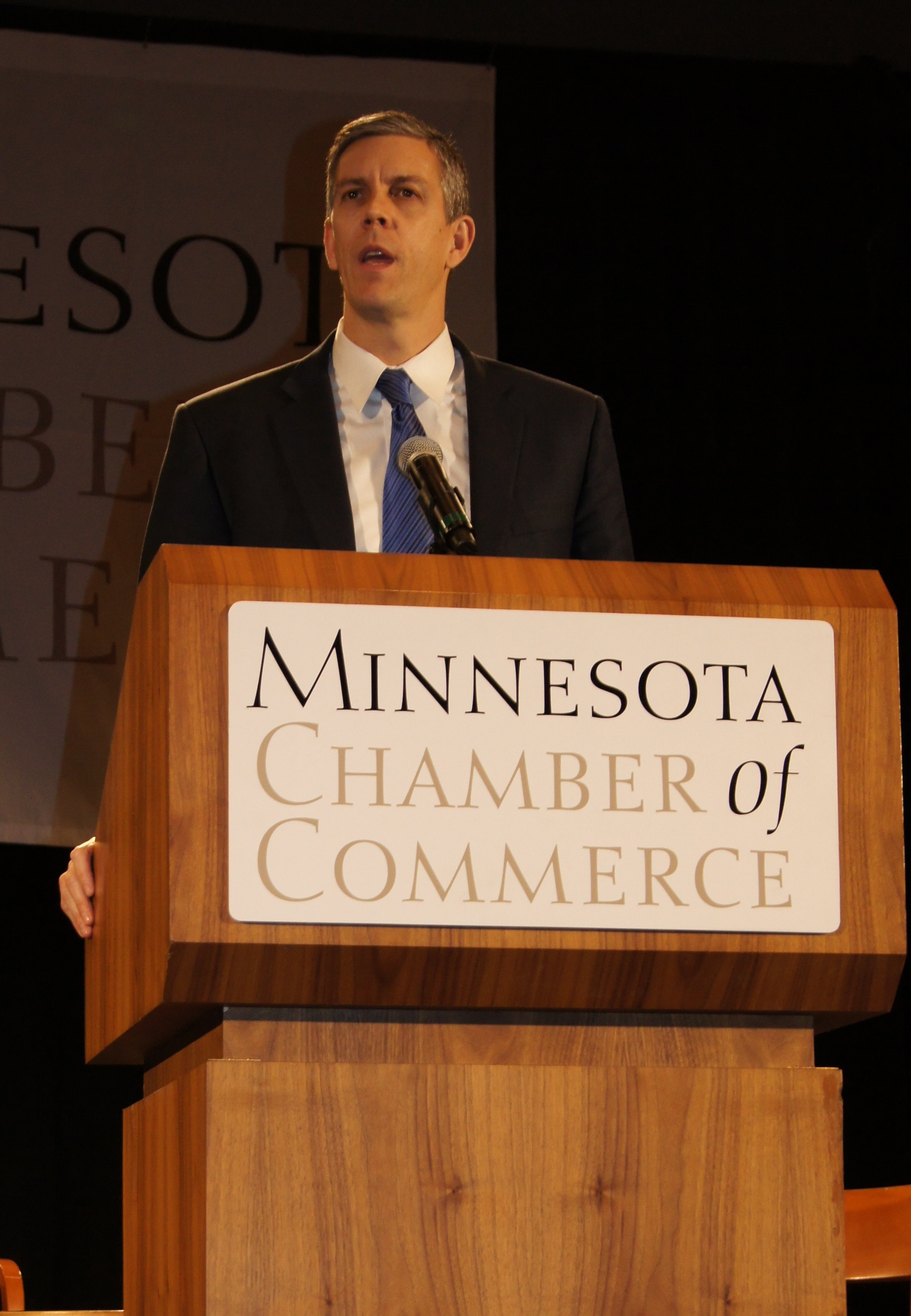 U.S. Secretary of Education Arne Duncan was direct when he spoke in Minnesota last week to about 800 Minnesotans at a meeting convened by the Minnesota Chamber of Commerce.

While complimenting some of Minnesota’s reforms and education accomplishments, Duncan pointed out that we have one of the nation’s largest achievement gaps between whites and students of color.  He is “shocked” that Minnesota does not have stronger “alternative routes” into teaching for talented recent college graduates and effective teachers from other states seeking to work in Minnesota.

How should we respond?

First, by listening openly to the information he shared.  Duncan is not just concerned about our achievement gap.  He’s also concerned nationally about the fact that a generation ago, the U.S. ranked first in the world in the percentage of people with college degrees.  Now, we are ninth.  He wisely wants us to lead the world in graduates of 2 and 4-year higher -education institutions.

Duncan is concerned about millions of U.S. high school dropouts. Minnesota ranks well above the national average.  He’s right. We still have too many.

Duncan wants more attention to students who win science fairs and other academic competitions.  Noting that American youngsters have high self-esteem about their academic accomplishments compared to others around the world, he commented, “I want to lead the world in self-esteem, but I want it to be based on reality.”

Second, by acknowledging that Minnesota schools, colleges and universities can have much more positive impact.  Last week two Minnesota House Education committees discussed various efforts to improve public education.  I was encouraged by

Third, by convening the kind of meeting that St Paul Mayor Chris Coleman and St. Paul Superintendent Valeria Silva pulled together.  Duncan was clear that effective teachers deserve enormous respect.  He readily acknowledged that what many teachers say:  Expecations have gone way up for what educators and schools need to accomplish.

The kind of meeting that Coleman and Silva convened is designed to help assistant educators. The mayor and superintendent  brought in more than 40 people representing the faith community, social service agencies, the city, school district and other groups to discuss specific ways of working together to help serve youngsters during and before/after school hours.  Whether it is congregations or senior citizens providing tutoring, after school counseling in public libraries on how to fill out college application forms, organizations cooperating on the use of their athletic, classroom and other facilities so they don’t sit vacant, there is a lot that can be done.  More collaboration in every community, focused on helping youngsters and families should be a priority.

Finally, we need a few local and statewide clear, measurable goals. This was recommended at the legislative hearing and the St Paul meeting mentioned above. Everything cannot be a priority.   As former Tennessee Gov. Lamar Alexander has said, “if we are not clear where we are going, any road will take us there.”