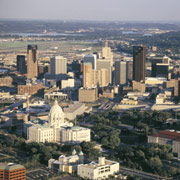 In 1985 when General Motors began looking for a site to manufacture Saturn automobiles, Minnesota joined more than 30 other states in an effort to shower tax subsidies on Detroit to win the plant.

The first in a two-part series. Read part two.

Minnesota didn’t get the Saturn plant. For that matter, Saturn didn’t survive and is now part of U.S. auto history like Nash, De Soto, Edsel and Pontiac. In the ever-changing American and global auto industry, we’ve since lost the long-established Ford plant in St. Paul and a substantial number of good-paying jobs.

The Ford plant closing was a blow to Minnesota. But we could have lost much more.

A recent series of articles in the New York Times shows the auto industry is highly subsidized and costs some states and local communities more than what they gain. It cites the Center for Automotive Research at Ann Arbor, Mich., as tallying $13.9 billion in incentives—mostly local and state tax give-a-ways—since 1985.

While researchers for Federal Reserve banks and other economists have criticized the practice and question benefits gained, states and cities keep stepping forward and, in effect, shout, “We can be had!” The subsidies and relocation of manufacturing continues; the auto center notes 267 U.S. auto plants have closed since 1979 of which half remain closed.

The auto industry is just one highly visible industry to harvest state and local give-a-ways. The film industry is another giant in working over taxpayers, the Times articles note. And in some states like Texas, if it can move, subsidize it.

Minnesota 2020 started five years ago with a critical report on subsidizing manufacturing to entice company and plant movements. From then to the current New York Times articles, we have grown to accept there are differences between “chasing smokestacks” and providing tax incentives for new and ongoing production—especially if doing so is the widespread practice in America.

To its credit, Minnesota does more to support ongoing production than it does in chasing transitory factories. The New York Times findings of comparable data among states found that Minnesota spends at least $56.8 million of its $239 million annual incentives programs in support of agriculture.

Most of that comes from sales tax refunds and tax exemptions for buying farm machinery and farming inputs. A western Minnesota farmer tells us these tax breaks don’t keep him from moving his farm across the border into the Dakotas or Iowa, but it does keep him buying equipment and supplies at home—saving some jobs, not creating them.

Totaled for comparisons among the states, Minnesota’s incentive programs equal $45 per capita and one-cent per dollar of the state budget. That keeps Minnesota within the Top Ten common sense states when it comes to doling out corporate welfare.

New Hampshire is regarded as No. 1 in tax subsidy common sense or dead last in having a “favorable business climate” by some advocates of the corporate welfare system. It spends about $39 million each year on incentive programs that are equal to $30 per capita, but three-cents per dollar of the state budget, a tad bit higher than in Minnesota.

Texas, which does everything big, is the biggest state in transferring income and wealth from poor to the rich through tax system social engineering. It spends $19.1 billion per year on incentive programs equal to $759 per capita and 51 cents per dollar of the state budget.

Texas academics, media or think-tanks should analyze what the Texas subsidies buy while measuring outcomes such as poverty, uninsured motorists and health care families, educational progress, hunger and homelessness. Texas always ranks high on lists of these negative measures.

Wisconsin has a more complex economic profile. Noted for cheeses and beer, it is also a major heavy industry and paper manufacturing state. Like other states with large industrial sectors, its business subsidies are focused on manufacturing spending $1.53 billion each year on incentives equal to $268 per capita and 10 cents of the state budget dollar.

It is easy to explain why individual states go along and play along when others are doing it. But that doesn’t make for good public policy.