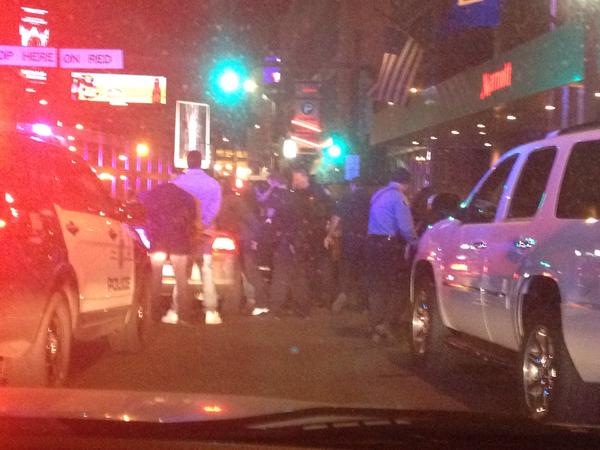 Since 2006, I have written over 100 columns and blog entries about the need for plans to deal with this, which have gone unheeded (they are listed in our “Solution Paper #47”). The Star Tribune is belatedly reinforcing what this column and newspaper have reported (see column of January 14, 2015: “Promises, Promises, Promises…with no follow through”). We need to signal to young African Americans that the broader community is listening to their expressions of frustration, concern and anger.

The solution is not to continue touting prosperity for one segment of the population while carrying out calculated bias against another segment hindering their prosperity. Backlash will dramatically drop if paths to prosperity are open through education and jobs.

The St. Patrick Day flash-mob “fun entertainment” disruption (over 300 young people enjoyed fighting with each other for over two-and-a-half hours on the streets of downtown Minneapolis) also caused injuries, including the shooting of two individuals, one in front of Target Field, the other one on West Broadway. This disproportionate application of wealth and opportunity needs to be more balanced through the enforcement of the justice system for all of our different communities, Black, Brown, Yellow and White.

This column has long predicted “a long hot summer.” Authorities handled the flash-mob disruption with good tactical management. Clearly many Whites don’t understand the level of frustration and anger seething in the African American community.

The mayor of this city seems to think this was an event that “just happened,” a fatal analysis that doesn’t bode well for adequate, serious planning and responses of the frustrations and anger expressed. Plans need information. I alerted the head of the public safety committee that information was being withheld from his committee. As I wrote in August about the data gathered between 2004-2008 by the Police Community Relations Council on which I served: “Unless the MPD’s Comprehensive Diversity Plan of June 2008 [is] followed and vigorously pursued…Minneapolis would slip into dark days.”

Unlike the Star Tribune, this column talks of the danger signs regarding the future of African American communities not supported by planning. Almost $2 billion in construction and new development is taking place within downtown Minneapolis, and yet the African American community, irrespective of the city’s false numbers and leadership’s false bravado, is still being left out.

African Americans understand they were not included as an integral part of projects like the Gophers stadium, Twins’ ball park, and now the Vikings stadium and the $2 billion economic infusion from construction in downtown. Young African Americans wish to sit at the table of economic opportunity that leads to prosperous future lives.

Where is the functional plan that includes the African American communities in the future growth of the City of Minneapolis, a city of Hubert Humphrey and Eugene McCarthy, balanced with the voices of Cecil Newman and Nellie Stone Johnson, a foursome standing together in the forefront of justice in education, jobs and housing? This is a dangerous time for a city that says it has a vision for its future that excludes the African American community from that vision.