In Minneapolis, this Tuesday, June 24, the Canada Consul-General is hosting a celebration of St-Jean Baptiste, sponsored by Alliance Francaise de Minneapolis. The flier is here: La St-Jean Baptiste la Fete Nationale du Quebec. All are welcome, at a very moderate cost. Unfortunately, I’ll be out of state at the time of Fete de la St-Jean Baptiste. Otherwise, no question I’d be there. It will be a festive event.

My father, Henry Bernard, is 100% French-Canadian, thus qualifying me…and since 1980 I’ve been actively involved in family history matters relating to Dads Quebec (to Dad, always, refered to as “Lower Canada”).*

In 1982, Dad and I and four others traveled to rural Quebec, including Quebec City and Montreal, to make a first visit to the land of our ancestors (QC, Ile d’Orleans, St. Henri, St. Lambert et al). I had, then, only the most basic notions of the family history and traditions of my French-Canadian heritage. Dad was 74, then, which happens to be my current age….

After soupe aux pois (pea soup) at a festive weekend event of La Societe Canadienne-Francaise du Minnesota, some days later we all arrived in Quebec City on the evening of St-Jean Baptiste Day (StJB), Thursday, June 24, 1982. StJB is a major festive event in Quebec, a holiday, always June 24**.

I know Dad pretty well: arriving on the Lower Canada home soil from which his father had come in 1894, (and his grandparents on Grandmas side, 40 and 30 years earlier) was, for him, like arriving in Heaven.

Being a novice in the matter of ancestry at the time, the experience was less intense for me, but no less profound. Three times since I’ve been back, and later immersed myself in family history and the hobby of editing a little newsletter called Chez Nous. 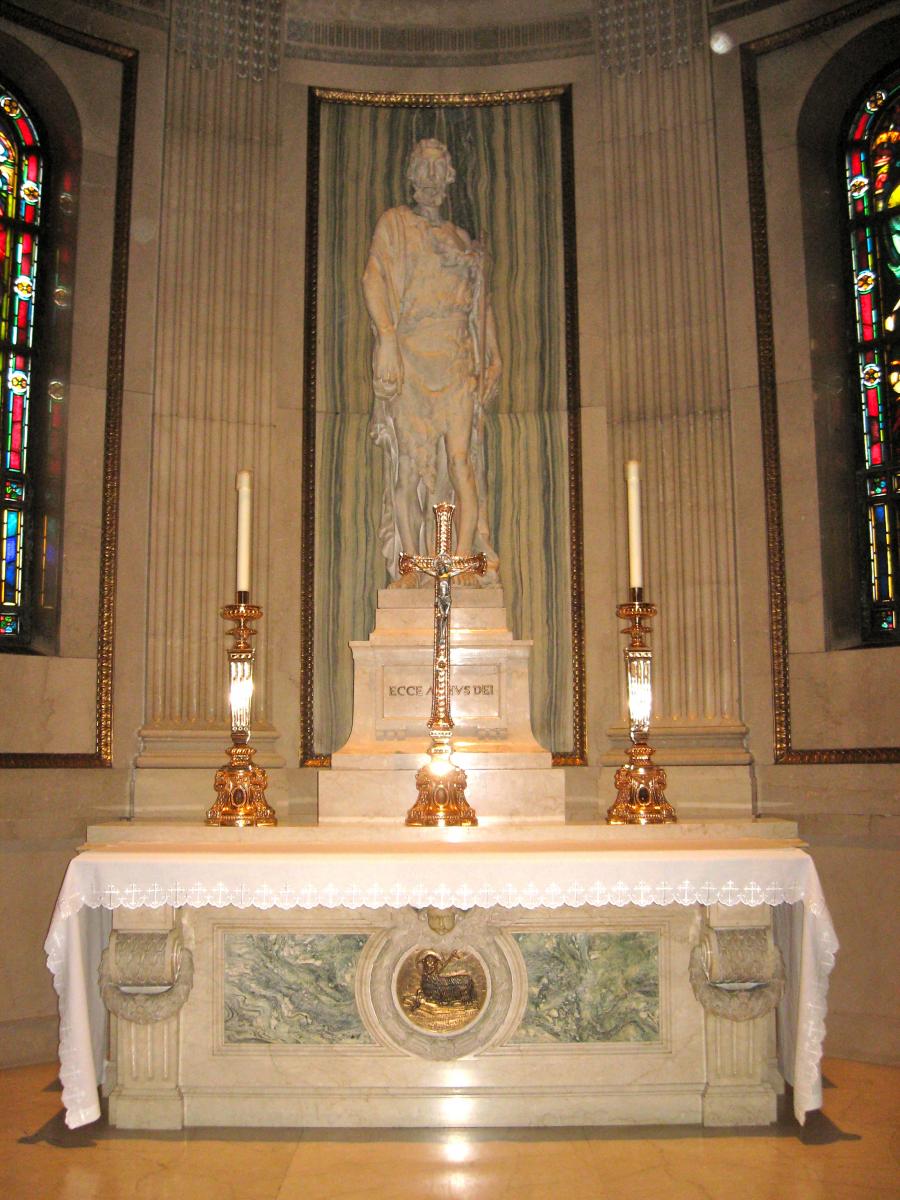 In Quebec, this year as all years, June 24 is a major day of celebration. The official notice is here, in French. The document can be translated into English, here. But, no question, they consider this a French-Canadian day***.

So far, I describe a Quebec holiday, primarily French-Canadian, celebrated this year at the home of the Canadian-Consul General in Minneapolis, sponsored by a French-related organization, Alliance Francaise de Minneapolis. We French-Canadians frequently have held smaller celebrations here, most recently June 24, 2013. I wrote about aspects of last year here.

For those with intense feelings about matters French, French-Canada, Canada, and England, (and “Americans”, and “Yankees”, etc) the preceding words can excite some interesting conversation.

As it happens, I became involved a bit in the “drama” of French and Canadian on St. Jean-Baptiste Day a year ago, after the event of the brand new French-American Heritage Foundation, on whose Board I have served since its founding in 2013.

A year ago, I stopped by the Cathedral of St. Paul to take the above photo of St. John the Baptist, one of the six side altars devoted to national groups, primarily Catholic, who settled in the Minnesota of Archbishop John Ireland’s day. 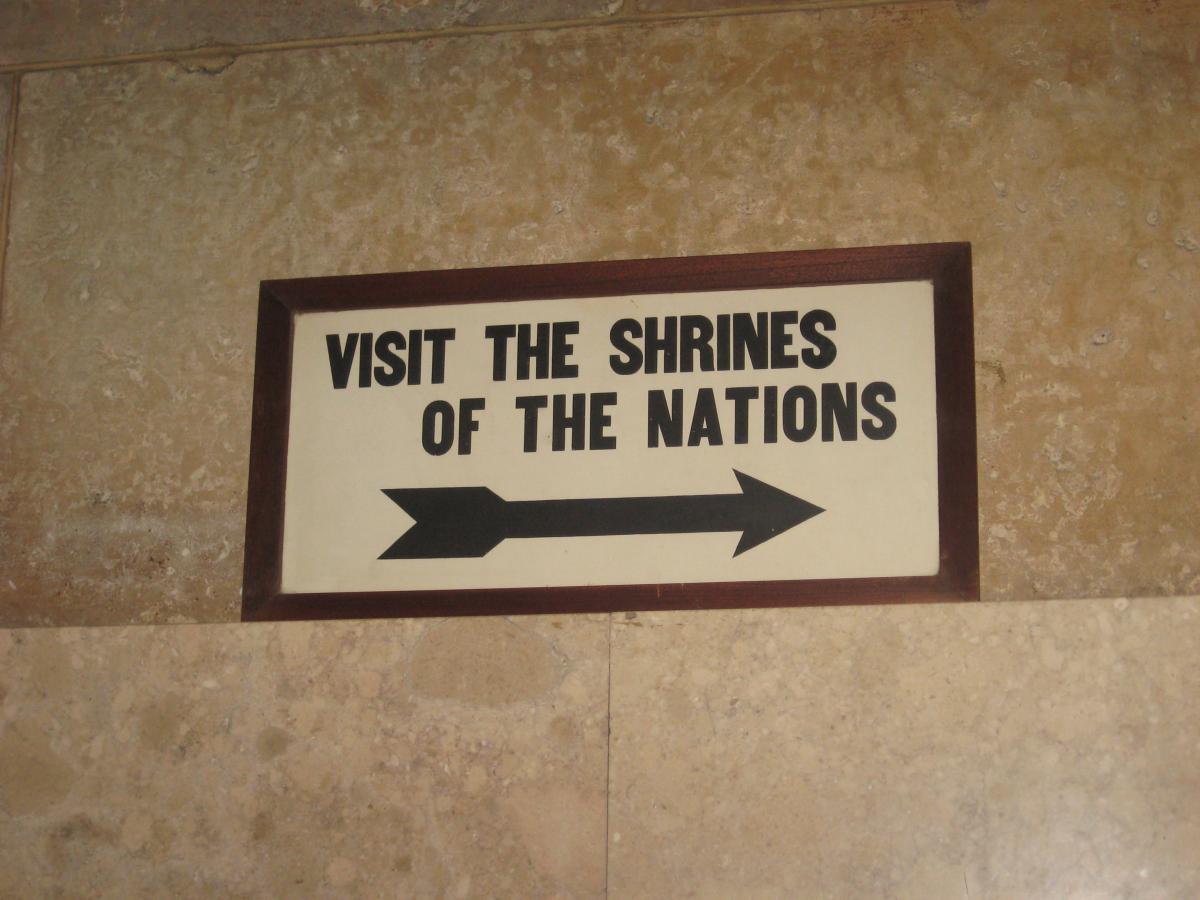 I had long known of the altars existence but this day was different: for the first time, then, I really noted the signage identifying the altar:

It came time to correct, I felt, an error in the sign, and on July 1, 2013, I wrote a letter to the Rector of the Cathedral, Rev. John Ubel, in part, as follows:

“As you know, Archbishop Ireland, whose project it was to build the Cathedral in the early 1900s, had a great affection for both France and the French-Canadians who migrated here in the tens if not hundreds of thousands in the early days of the then-immense Diocese.

It is true that St-Jean Baptiste was a French patron, and it was through the French settlement of Quebec, that this same Saint became patron of the French-Canadians. So, the French part of the sign is correct.

The problem comes with the “Canadian” portion of the sign. It is misleading. Recently I was reviewing the 1940 United States Census form, where census takers were instructed as follows: in the column heading “Place of Birth”: “Distinguish Canada-French from Canada-English, and Irish Free State (Eire) from Northern Ireland“.

In the classic book, Maria Chapdelaine, (Louis Hemon, 1913), there appears this phrase on p. 89 of my English version: “When the French Canadian speaks of himself it is invariably and simply as a “Canadian”; whereas for all other races that followed in his footsteps, and people the country across to the Pacific, he keeps the name of origin: English, Irish, Polish, Russian; never admitting for a moment that the children of these, albeit born in the country, have an equal title to be called “Canadians.” Quite naturally, and without thought of offending, he appropriates the name won in the heroic days of his forefathers.”

I understand that this may not rise to the top of your list of priorities, and perhaps more evidence is reasonably required, but at minimum I would hope you review this matter.”

In the manner of such things, I had no expectation of a response from Rev. Ubel, but he did respond quite quickly and said my argument made sense, and they’d be looking into the matter.

Months passed by. Then, in the mail May 2, 2014, was a handwritten note from Rev. Ubel: “I do wish to write to share with you that we have completed the work to change the signage at the St. John the Baptist Shrine Altar. You were correct and we made the correction.

Many thanks for your patience. We decided to go with French-Canadians, though I certainly understand other arguments. French and Canadians is clearly wrong. We looked at our own historical records of the Chapel.”

I went back to the Cathedral, to see what had been done with the signage: 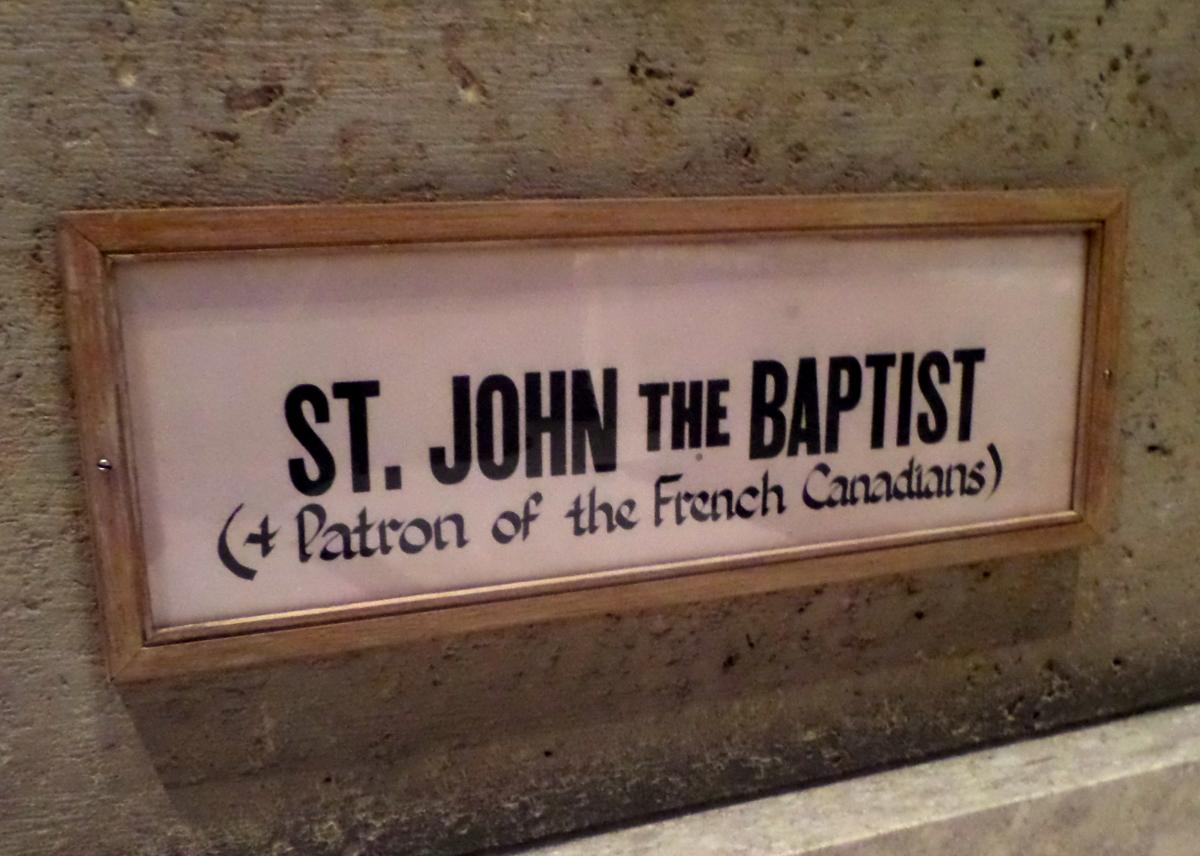 I look at this story as not a battle won in any national war; rather an effort to revisit a long history of too-often fractured relationships.

And this year I’ll really appreciate a great deal the efforts of Canada, through Consul General Jamshed Merchant, and Alliance Francaise de Minneapolis, and hope to see continuing and increasing efforts at rapprochement (what a wonderful word!)

* Mom was 100% German ancestry; her ancestors coming to Wisconsin between 1840s and 1860s from what was then Westphalia and Hanover states.
** A week later comes Canada Day, celebrated each year across Canada on July 1. I’d imagine this is a pretty big vacation week in Canada, not just Quebec.
*** St. Jean-Baptiste was early on a favored patron of France, from which my and others French-Canadian ancestors migrated beginning in the early 1600s. One story of that relationship is here.