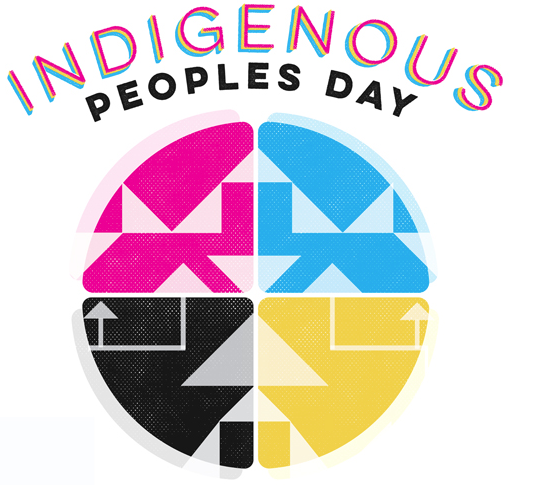 When Ursula Clarin’s  child came home from Kindergarten in the St. Francis school district with a worksheet about how Christopher Columbus “discovered” America, she was frustrated. As has so often in the past, she was put in the position of re-educating her child about what Columbus did to the Caribbean people. “It’s sad because there’s a lot of other students that don’t get that knowledge or education,” she said.

This wasn’t the first time Clarin has dealt with the issue. With her older children, she’s experienced seeing materials they were supposed to read in schools painting indigenous people in a stereotypical light.

Clarin feels that especially at the elementary level, schools need to educate the truth about Columbus Day. “It isn’t really a day of celebration for Native people,” she said. “It’s a day where we honor the Indigenous people that died during that time. It’s sad that in 2015 there isn’t more acknowledgment of the historical atrocities that happened.”

The district already celebrates Indigenous People’s Day, on the same day as Columbus Day, a federal holiday, but Sargent said they want to eliminate all reference to Columbus Day on school calendars and other district communications. They were partially inspired, Sargent said, by the city of Minneapolis’s decision to only use Indigenous People’s Day on their communications last year.

The committee did a 10 minute presentation to the school board. “They seemed very receptive to it,” Clarin said.

Marsha Van Denburgh, the Vice Chair of the board, said that next steps include putting the issue on the agenda as a first reading. At that point, members of the community can weigh in whether that be in support or against the proposition. The agenda for the March 9th meeting doesn’t list the Columbus Day issue. The next meeting after that will be March 23rd, so Van Denburgh said its likely it will be get a first reading on that date.

Van Denburgh said she won’t speculate on whether the item will likely pass, but so far she said not many constituents have come to her with objections.