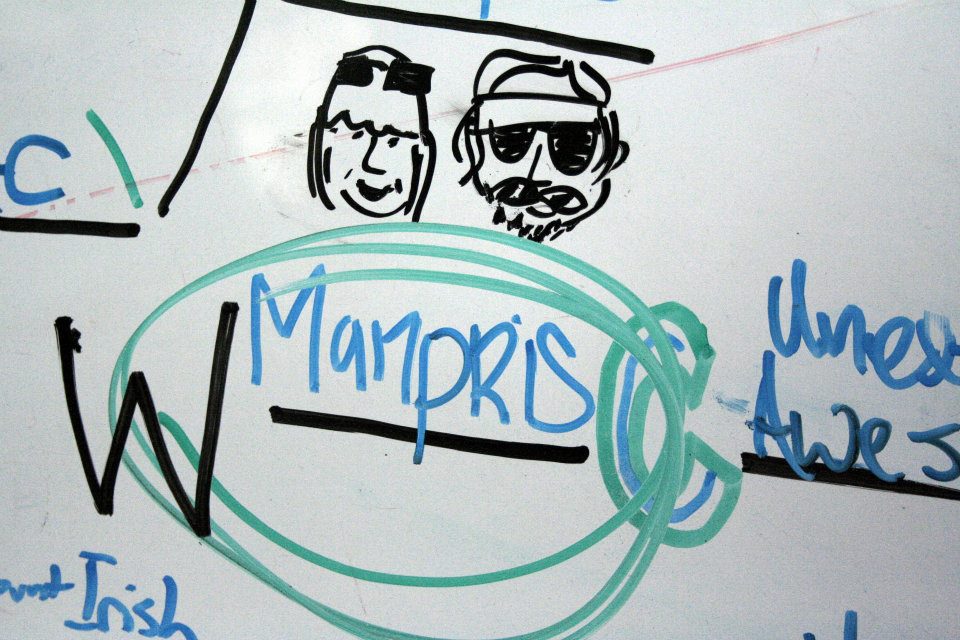 Last weekend was a whirlwind of beards and bags and bike rides. The Minnesota Beard-Off (which I wrote about last week) took place at First Avenue on March 24 and was a fantastic event. I’d call it the best Beard-Off yet! I actually didn’t exactly enter. Instead my dog Ninja Biff Rose Dinette competed with her very snazzy beard. She was rocking some big furry eyebrows frosted with pink and a blue beard and mustache combo. Ninja won the Freestyle category of the Beard-Off and I couldn’t be more proud. She was super popular at the event and I never thought I’d be hanging out with the pooch at First Avenue until recently. She wanted to be sure to thank her stylist, Melissa Roy, for the hairdo.

After the Beard-Off I headed home to eat a gluten-free frozen pizza with pepperoni that looked like it was made of zombie meat. Maybe skip that one next time you’re shopping at The Wedge. Then it was time for Hot Pants at the Nomad—a monthly “rare Soul & Funk dance party.” One of my best gals, @LizBastian, was dancing her butt off to celebrate a birthday, and I wanted to give her some birthday smooches. I ran into all sorts of people outside of the Nomad before and after the event and got home after bar close to finally get some sleep. It was one of those great Saturday nights that make me feel like it’s really spring.

Of course it cooled down the next day, but I still hopped on my bike with @jorenby to head over to a bags (also known as cornhole or bean bag toss) tournament that the lovely @katiesisneros organized and slaved over some hot boards and tools to prepare for. She and her co-bagger, Justin Schuetz (who either doesn’t tweet or doesn’t tweet enough for me to be able to find his Titter-name) won the tournament. The Manpris will forever be known as the champions of the Bag Tournament of 2012. My own team, the Hedgehugs, suffered an extremely pathetic loss in the first round and I’m not even going to embarrass my teammate by mentioning his name.

After a bike ride home with Ninja in her fancypants basket, I managed to sleep for about 12 hours. If this gorgeous weather is going to stick around, I’ve got to rest up for a weekend of bike rides and patios. Where should you be this weekend, you may ask? Well, probably at the 30 Days of Biking kickoff ride this Sunday and sitting on a patio somewhere. Maybe Moto-i’s rooftop or The Aster Café’s sunlit terrace? It’s going to be in the 80s on Sunday, so I’ll see you outside.