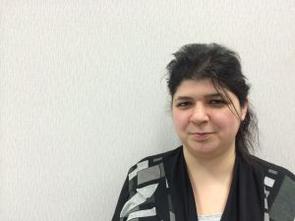 I would begin by telling a story I’ve tentatively called “Ketchup Sandwich.” When I was little, we would make ketchup sandwiches for my father, because too often it was all we had or could afford. We made the sandwiches with the double-thick white bread, because that made it just a tiny bit more filling.

I would also tell a story about power and becoming an organizer, claiming my right to organize and act. The first time someone told me I was powerful was during my first day of my first weekend of a year-long community organizing training. I went home that night with this whole new understanding of who I was and who I could be, though I didn’t actually understand power at the time or what my journey would look like. I remember my mother angry that I was claiming to be powerful, angrier that I was telling her she was powerful. And, she was right, I didn’t yet understand what power was…that power is a broth of relationships and lives lived, vegetables made up of experiences had and mistakes made and lessons learned, the spices are the work we do, the fancy or not-so-fancy plate setting are the theories and trainings behind our work. The silverware is our cold anger, ready to destroy, dismantle, de-bridge.

A spoon (or a shovel) can start a revolution.

There are more stories. When I think about making ketchup sandwiches for my father, I have to remember he owned his own business, but he still had to work 18-20 hour days. The small, Catholic elementary school I went to would hold my report card until he made a large enough donation to the attached Church. We had government-sponsored lunch and would be forced to stand in a separate line from the rest of our classmates to get that lunch. Our snacks (and sometimes our dinner) was Suzy Q treats and Country Time lemonade from his work, a gas station. We would pierce the thin aluminum cans and then guzzle them down when we were young. And we went home to ketchup sandwiches.

When I first started organizing, these were not the stories on my mind. I started doing food justice organizing, because I was angry at my alma mater for intentionally and knowingly acting disingenuously and hurting its community through food. Of course, that wasn’t the only injustice. Queer students were essentially forced to hide their identities. At-risk students were shuffled away to the smaller, hidden campus a city away.

I first realized I was powerful and that my story and voice mattered two years after I became an organizer, the Friday of the first annual Food Week at St. Kate’s, a week of food justice-related events organized around Food Day that I had helped to co-organize. After a week of presenting questions to students at events and through surveys, we took the time to mold their responses into a “Recipe for Food Justice.” We presented to Dining Services administration in the cafeteria, with our mentor, leaders, and allies behind us. It was terrifying. Not 15 feet from where we stood, the Vice President grabbed his lunch. A leader grabbed him, “you have to hear this.” As he walked up to us, my co-organizer and I turned around and began re-reading our speech and our recipe to him.

We believed in that recipe (and I still hold it dear to my heart) because it was the result of the stories of St. Kate’s students (including ourselves, to be honest), students that had never been authentically, genuinely, and intentionally asked what their food story was before. I knew that Friday of Food Week (a day I often refer to as Good Food Friday) that our voices would be heard and, even in the darkest of times, we would get through.

My revolution is stories made up of soup and ketchup sandwiches and recipes and spoons. What does your food justice revolution look like?