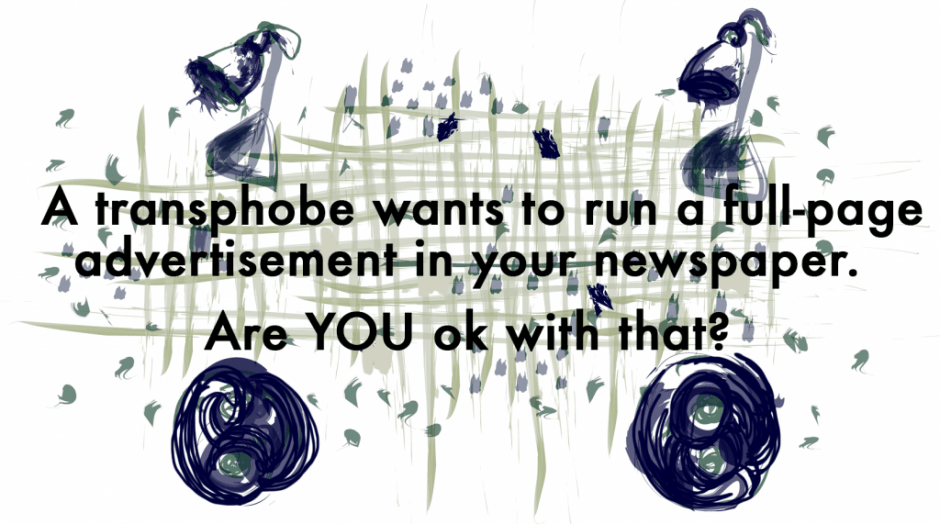 The Minnesota State High School League’s vote in early December to include transgender students in high school athletics made news throughout the state. For the first time in recent memory, a transgender issue was thoroughly covered through television, newspaper, radio, and the web. For many media outlets, it was one of the few times transgender issues were reported on. In some cases, that inexperience showed.

The Column surveyed 108 media reports from television, newspaper, radio, and web-based media organizations between Sept. 29 to Dec. 17. News items that were labeled opinion pieces were excluded.

News reports were evaluated on four criteria: 1. Was there a perceived bias in the reporting? For example, did the report only include one side of the debate? Or was there a noticeable editorial slant to the reporting? 2. Were LGBT voices included in reporting through interviews, testimony, or clips? 3. Specifically, were transgender voices included in reporting on an issue that uniquely impacts the transgender community? 4. Was appropriate language used? For example, were the subjects of the reporting misgendered or were antiquated or inappropriate terms used to describe the transgender people, issues, or communities?

Was there a perceived bias in reporting?

The majority of media outlets provided neutral coverage of the issue. Most news reports, 77 percent, either reported on the trans-inclusive policy without supporting or opposing views, or gave equal treatment to pro-LGBT or anti-LGBT voices. 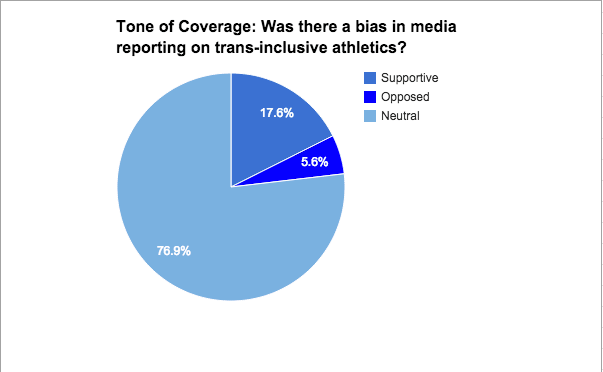 Media with an oppositional bias tended to include quotes or reports about the Catholic Church or the Minnesota Child Protection League opposing the policy without noting the policy had support from LGBT groups and other progressive voices such as the teachers union.

Media with a supportive bias tended to be high school or college newspapers and alternative media such as City Pages.

On an issue of importance to the LGBT community, reporting should include voices of those the policy will most affect. Media reports included LGBT voices 56.5 percent of the time. The vast majority were interviews with or quotes from OutFront Minnesota, the largest LGBTQ equity organization in Minnesota. Almost 44 percent of all reporting failed to include an LGBT voice. Those included brief reports as well as longer form stories. 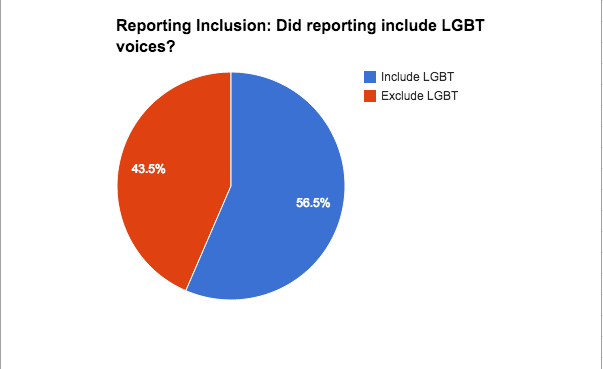 There was a significant divide between Greater Minnesota and the Twin Cities metropolitan area in terms of inclusion of LGBT voices (There were only a handful of statewide reports from wire services such as the Associated Press). 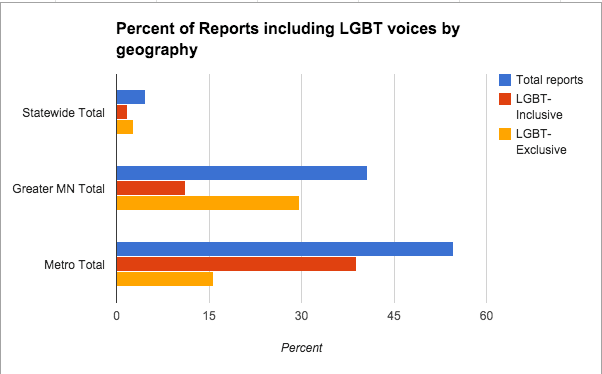 Transgender people, and youth in particular, were the people most likely to be affected by the passage or failure of the transgender-inclusive athletics policy. Unfortunately, Minnesota media largely left their voices out of the conversation. Only 40 percent of media reports included a transgender perspective in the reporting. 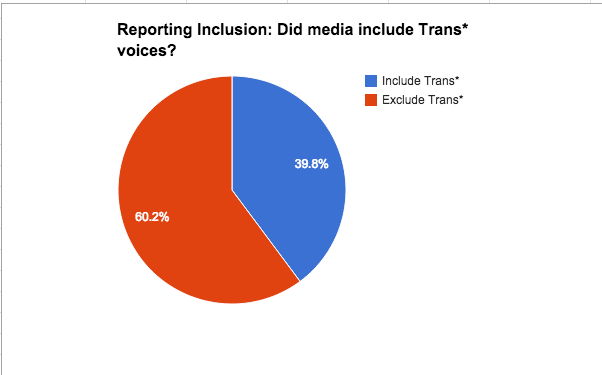 The Twin Cities-Greater Minnesota divide was even more apparent with respect to the inclusion of transgender voices. 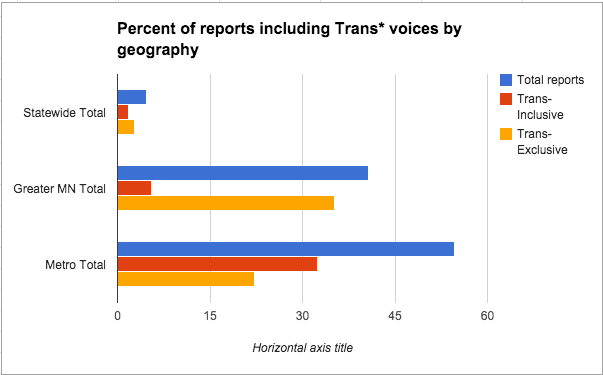 The adjective transgender should never have an extraneous “-ed” tacked onto the end. An “-ed” suffix adds unnecessary length to the word and can cause tense confusion and grammatical errors. It also brings transgender into alignment with lesbian, gay, and bisexual. You would not say that Elton John is “gayed” or Ellen DeGeneres is “lesbianed,” therefore you would not say Chaz Bono is “transgendered.”

The Column identified 20 instances of the word “transgendered” in 7 newspaper reports and 13 television segments.

Misgendering was rare, possibly because of the low number of transgender people interviewed by the media. One television report referred to a transgender student as “he” although the student noted during testimony before the MSHSL that “they,” “them,” and “their” are their preferred pronouns.

An important part of the media climate surrounding the passage of the transgender-inclusive high school athletics policy was the ability of anti-LGBT groups to get their message out. Specifically, the messages of the Minnesota Child Protection League, a group that opposes LGBT rights. The group was able to spread stereotypes and misinformation about transgender youth through the placement of advertising in newspapers. The Star Tribune, Duluth News Tribune, Mankato Free Press, St. Cloud Times, Winona Daily News, Jackson County Pilot, and the Jordan Independent all ran at least one ad from MNCPL.

Here’s the dataset used to conduct this analysis: