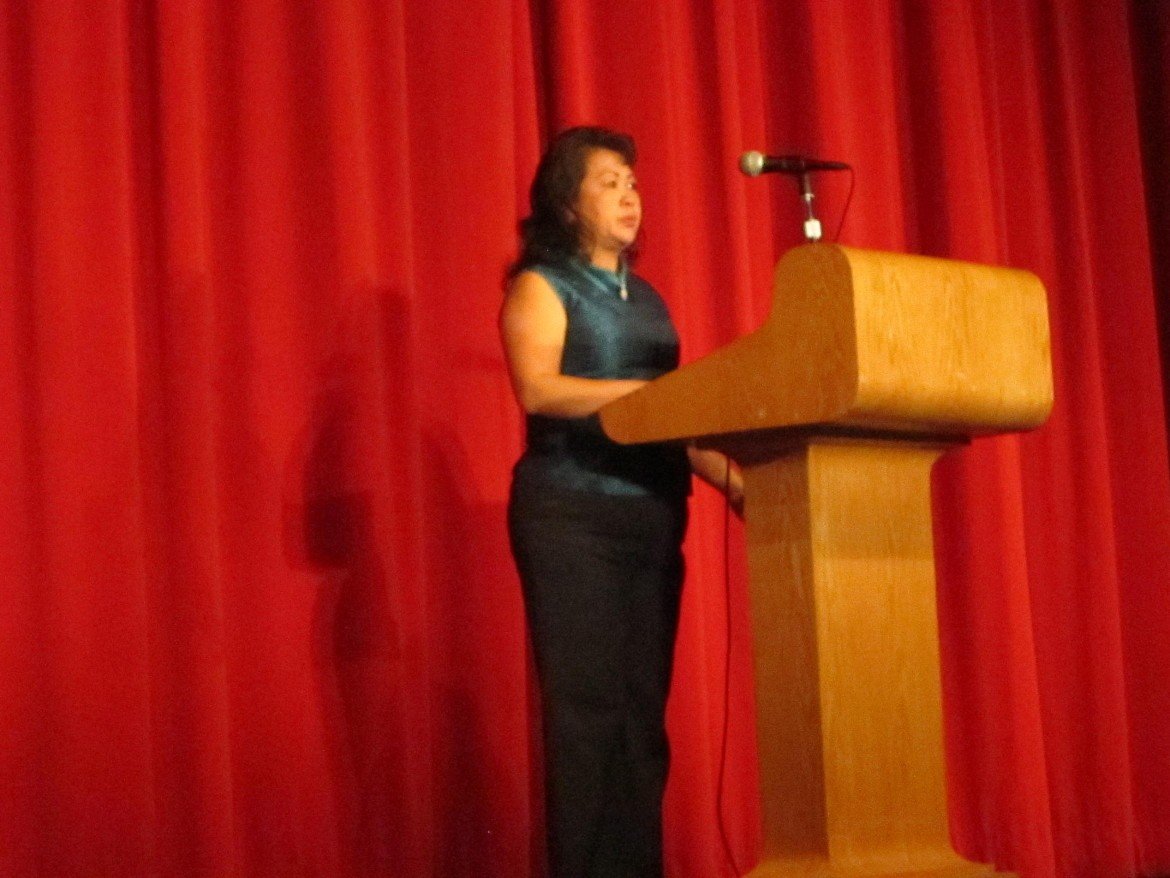 On Monday, June 1st, an hour after word began to spread of movement in the K-12 education budget stalemate between Governor Dayton and Republican legislators, the St. Paul Federation of Teachers sponsored a rally protesting potential layoffs of teachers, educational assistants, counselors and other staff, some of whom have already received pink slips. Parents, students, teachers and an elementary school principal spoke truth to power: members of the St. Paul legislative delegation, who sat in the front row of the auditorium at St. Paul Central High School. In attendance were State Representatives Erin Murphy, Dave Pinto, Rena Moran, Carlos Mariani, John Lesch, Sheldon Johnson and State Senators Dick Cohen and Sandy Pappas. Members of the St. Paul delegation not in attendance were State Representatives Alice Hausman and Tim Mahoney and State Senators John Marty and Foung Hawj.

Speakers painted a picture of current schools already damaged by inadequate funding, and pleaded that no further cuts occur. Dr. Karen Palmen, a Central High School English teacher who also serves on the Minnesota Board of Teaching, told the crowd that students are packed into study halls because the school doesn’t have enough teachers to meet their needs. “Some of these students have two study hall hours – that’s two hours without instruction receiving no credit toward graduation.” Palmen said that cuts would mean more study halls “where very little if any studying gets done” and could mean the loss of vocational classes such as auto tech, culinary arts and wood shop. Palmen says she can handle class sizes of 37 (the maximum allowable under current union contracts), but added that larger class sizes would be difficult and said that she “entered my profession to teach… my title is not “classroom manager.”

See Pha Vang, a parent and teacher at Phalen Lake Hmong Magnet School, described the demographics of her school’s student body. “86 percent of the students are ELL (English Language Learners),” she said, and many of the students are level one learners – recent arrivals who have had little or no previous schooling.” Using the fourth grade as an example, Vang said that 98 of the 110 students are ELL, yet the school has only one ELL teacher – so the fourth grade students have just 45 minutes of ELL instruction per day.

Kirinda Anderson, parent of a second grader at Wellstone Elementary, moved the crowd when she spoke of how math and reading coaches had made the difference in helping the second graders in her daughter Aubree’s class reach grade level – and how, under the proposed Republican budget, those positions would be cut. Anderson drew thunderous applause when she said, “I’m a mother, but I’m also an advocate for my child – and for all Saint Paul students.” State Representative Erin Murphy spoke passionately about the need for increased funding and then turned the discussion to partisan politics, contrasting Republican leadership’s desire to cut the education budget with Governor Dayton’s desire to expand it. Discussing the most recent election, which resulted in a Republican-controlled Minnesota House, the former Majority Leader said, “Politics is not a spectator sport, and elections have consequences.” All members of the Saint Paul delegation are DFLers.

Speaker Karen Palmen summed up the mood of the crowd when she said, “Our state has a $2 billion surplus. To me, this isn’t a surplus, it’s the money taxpayers paid to live in a state that provides high quality services to its citizens – and this includes smaller class sizes with highly qualified teachers for our students and excellent programming in our schools.”