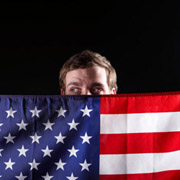 Former governor Jesse Ventura may be forced to run for president or become a dual American/Mexican citizen as a response to having his lawsuit against the TSA dismissed.

Mr. Ventura, and anyone else subjected to the latest bizarre manifestation of the security state, is entirely justified in being outraged. It’s almost as dehumanizing as flying coach.

But, it should surprise no one that the former governor might mention political candidacy as a vehicle to grind a personal axe. After all, many of the policies he championed as governor were those that related to him personally—whether it be automobile license fees, traffic meters, compensation for his wife or conceal and carry laws.

After the recent airing of a Cain ad that charitably could be described as profoundly odd—featuring cigarette smoking and a Cheshire grin—it seemed extremely unlikely that anyone would take his candidacy and policy positions seriously. But, amazingly Mr. Cain is in a virtual tie at the head of the conservative presidential pack—although recent revelations may affect his front-runner status.

The pernicious affect of money in politics, is amplified by the irrationality of a large segment of the electorate. Although candidates and some media members are fond of lauding the wisdom of the voting public, they are fully aware that the opposite is often the case.

For proof one need look no further than the massive amount of money spent on 30 second attack ads that are often deceptive—if not completely false. But, they are very effective with low information voters because they target prejudices, fears and simplistic logic.

As a consequence, our elections become spasms of discontent rather than rational exercises in democracy. Deep policy debates and honest discussions about the necessity to make tough, unpopular decisions are the casualty.

For instance, the public wants to “throw the bums out” when a financial disaster—at least 30 years in the making—is not solved in two years time. And, candidates such as Mr. Ventura and Mr. Cain—and many, many others—find themselves thrust into offices that they are profoundly unqualified and ill-suited for.