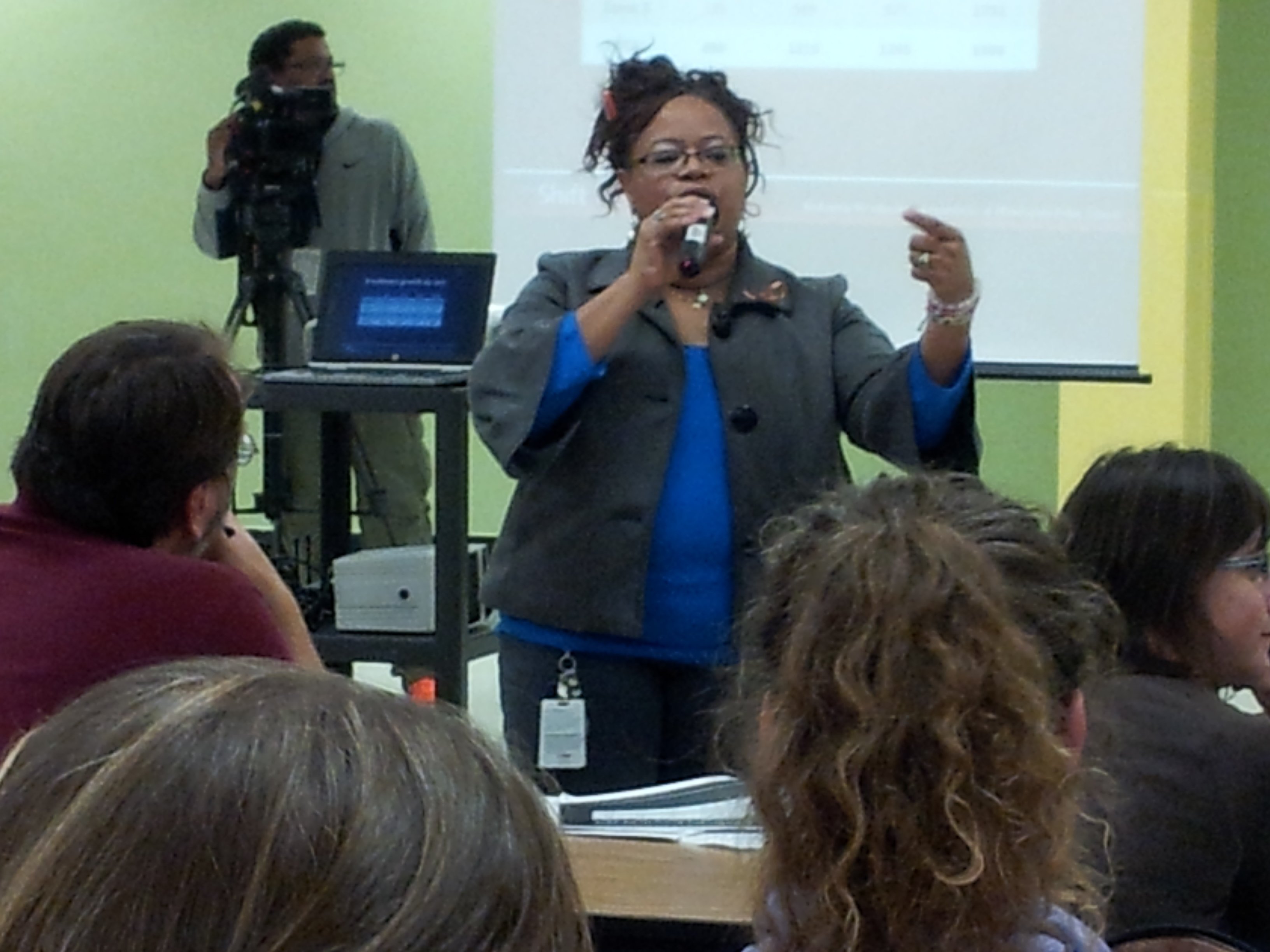 Chris Rigert seemed to embody the sense of frustration and exhaustion that characterized the Minneapolis Public Schools Area C meeting on the district’s new Five-Year Enrollment Plan. Rigert, who serves on the district’s Parent Advisory Council, said it seems as though the district officials rolling out the plan are “all new” employees, and have not been around long enough to know how many new initiatives and changes parents in the district have been subjected to.

Another parent, Scott Bordon, echoed this sentiment by saying that “we are where we are now” because of poor planning on the district’s part. Speaking during the meeting’s question and answer session, Bordon asked the district to concentrate on “right sizing our classes, buildings, and attendance areas” rather than spend money on new programs and buildings.

About 200 parents and community members packed in to the Ramsey Middle School cafeteria in Minneapolis to listen to Cecilia Saddler, Associate Superintendent for south and southwest Minneapolis schools in Area C, explain the district’s latest initiative, which is designed to address an expected increase in student enrollment.

Using a PowerPoint presentation, Sadler reviewed some of the highlights of the plan, which was introduced in a presentation to the school board on September 24. Following this, attendees participated in small group discussions and a final question and response segment.

Some parents expressed support for the difficulties facing the district, in terms of fluctuating enrollment numbers and the desire to offer competitive school choices to all, but all who spoke publicly during the evening had questions or criticism about the district’s plans.

Many parents in attendance were from the Hale/Field dual campus schools, and they immediately pressed the district to settle a rumor: would Hale/Field students, under this new five-year plan, be routed to Roosevelt High School, rather than Washburn? Apparently, an earlier version of the proposed Five-Year plan made reference to this as an option, causing many in the community to become alarmed at the thought of losing their pathway to Washburn. Saddler assured these parents that sending Field students to Roosevelt would not be part of the final recommendations the school board will consider in November.

Another point of contention for many was the proposed creation of a new audition-only performing arts high school, to be placed at the Wilder Elementary School building in south Minneapolis. Parents who spoke during a question and answer session asked why the district would start a new high school, when three out of the seven high schools in existence—Roosevelt, Edison, and North—are currently under-utilized. One parent suggested locating the proposed arts high school in one of these buildings, rather than spending the money on the Wilder building.

Additional listening sessions are scheduled for: