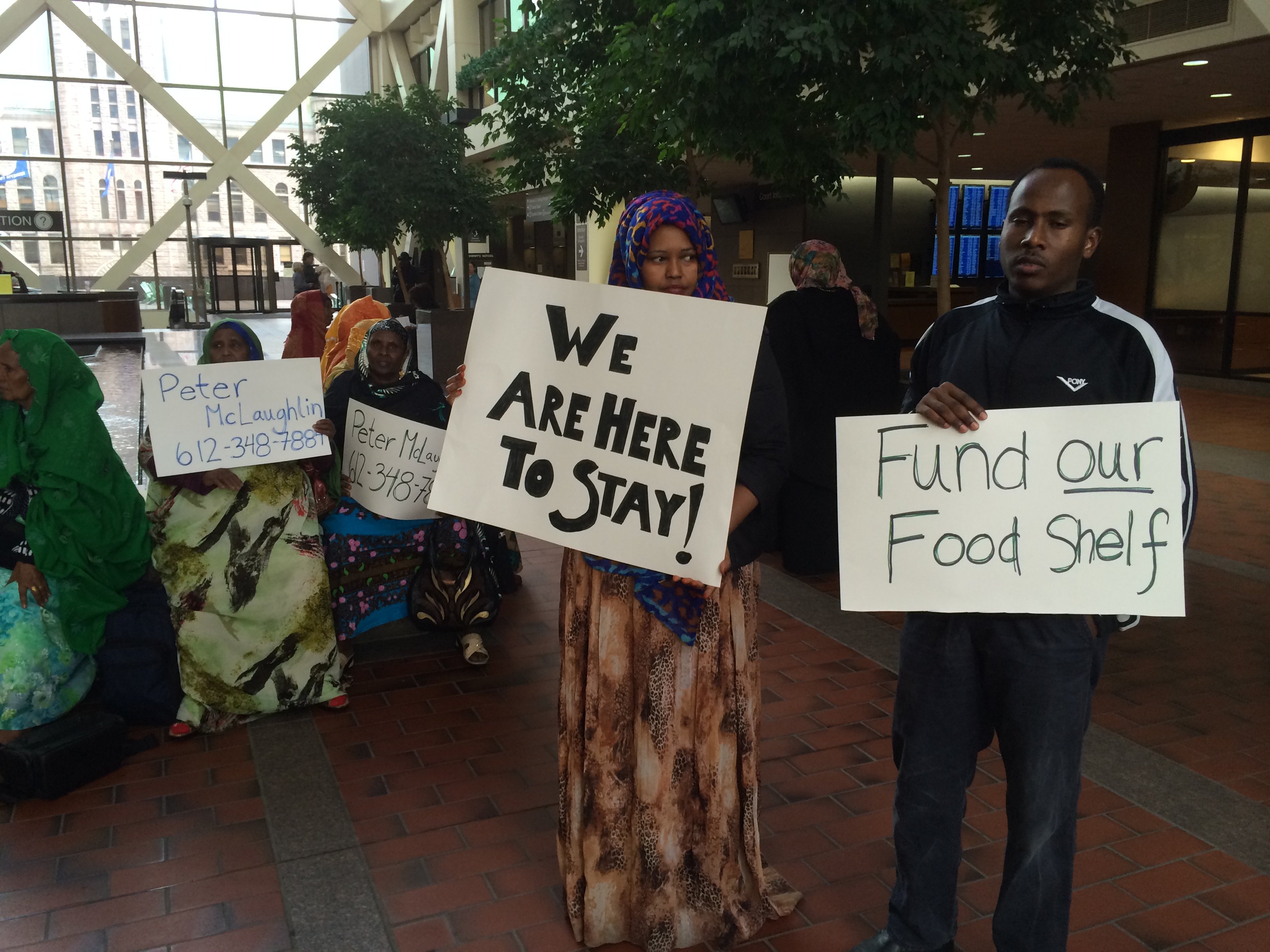 When it comes to food shelves in Minneapolis, halal food is hard to come by. But a group of Somali women want to change that.

Isuroon, a local nonprofit that works to develop the health and empowerment of Somali women, is asking the city to help develop a new food shelf that provides healthy, ethnic food to the Muslim community living in South Minneapolis. The nonprofit, along with dozens of community members, are asking the city to allocate $150,000 to fund the new food shelf as a start-up.

“As a Somali community, we cannot use some food shelves,” said Isuroon member Waris Mohamud. “[Some] things are expired, things have pork.”

According to a 2010 Ramsey County Public Health report, while there are food shelves in St. Paul and around Minnesota that carry culturally-specific foods, foods specific to the Somali culture, such as halal, are often hard to find. Community members also face other barriers such as a lack of awareness of the food shelves and language issues.

Halal refers to the Islamic guidelines for how food is prepared and what it can contain, such as no alcohol and no pork.

There are more than 300 food shelves in Minnesota, said Kanga Atharye, who facilitates the food shelf at the Brian Coyle Center in Minneapolis. But Atharye said Brian Coyle is the only food shelf in the state that serves halal food, and 80 percent of its customers are of Somali, Oromo or Ethiopian decent.

Insuroon executive director Fartun Weli said it’s inappropriate for the city’s elected officials to expect the Somali community to be properly served by a single food shelf. And while serving halal food is a good first step, it’s also important that the food they have access to be healthy, she said.

Hennepin County commissioner Peter McLaughlin said he believes one of the biggest hurdles to the proposal is the budget. At around $150,000, it would require taking another look at the county’s food budget on Nov.13, he said, and Insuroon and the Somali community should consider reaching out to other food shelves.

But Weli said that’s an unreasonable request because Insuroon is still a small organization.

“By the time … I try to work with all the food shelves, to change their culture, to make a space for kosher or halal food, I’m going to be eighty,” she said. “Who are we kidding here?”

The food shelf is not just about access to food, Weli said, but rather about the development of a community asset in the city for Somalis and other community members who need food that meets their health and religious needs.

Isuroon began organizing for an ethnic food shelf back in January, said Weli, after a survey they conducted with the Center for Urban and Regional Affairs showed that much of their community had experienced an inability to use a food shelf, which is often their primary way of getting groceries.

Waris Mohamud said that a food shelf is necessary for the community so that they can feed their families, and that it can play a valuable role as a community gathering space.

Weli said that organizing for the food shelf was also an important step to show Somali women that their voice matters and it’s important that they speak up.

McLaughlin agreed to help them present their proposal to the county commissioners on their next budget meeting on Nov. 13.