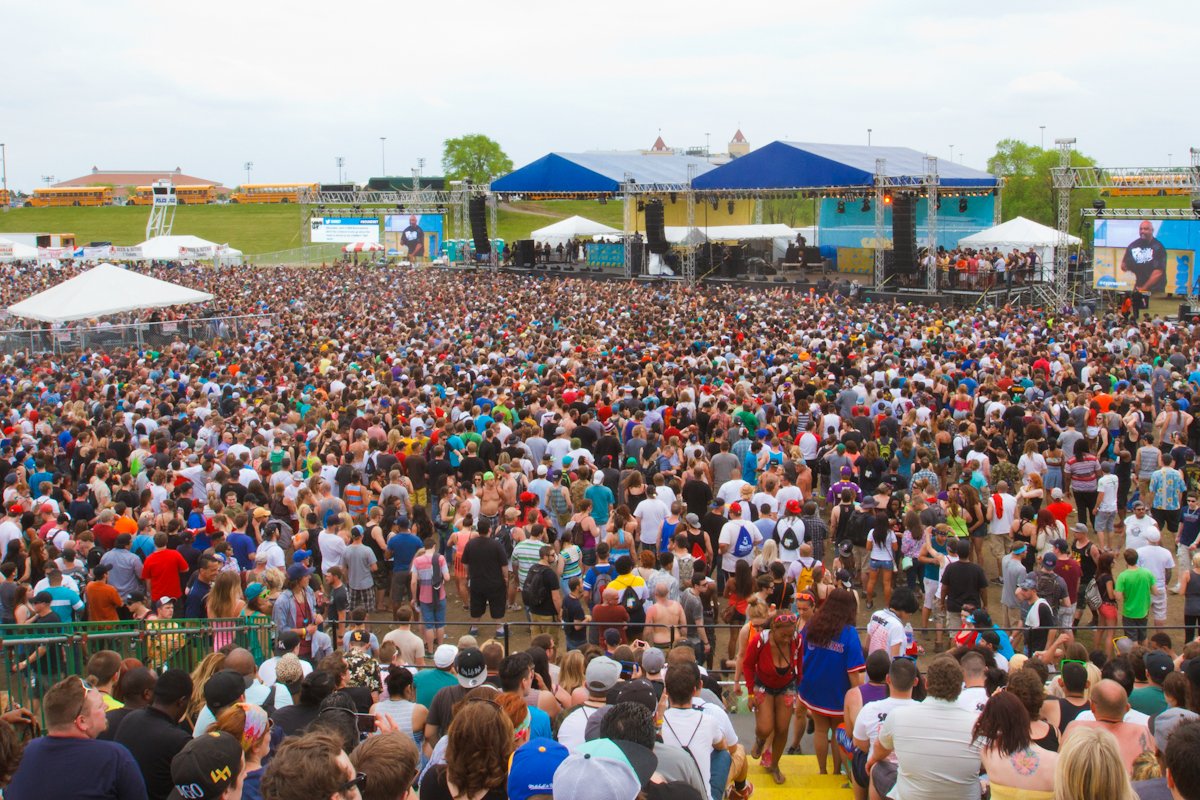 Hip hop is alive and thriving in Minneapolis and once again Rhymesayers‘ annual Soundset festival came together as the perfect mixtape to kick off the summer concert season on Sunday, May 25. Selling out 30,000 tickets in advance made for a record year and the weather even decided to play nice as an added bonus. The talent-rich lineup was nicely spread out over nine hours with primary focus on two main stages that alternate acts about every half hour while rising talent lit up the Fifth Element tent and DJs commanded the Essential Elements tent. Other attractions geared toward the genre included a car competition, live painting on a graffiti wall, a skateboard showdown and plenty of vendor booths and food options.

MTV’s Sway Calloway hosted the main stages and had a lot of great things to say about the role Minneapolis has played in the overall hip-hop scene. He was enthusiastic about introducing hometown acts like Prof, who brought great energy to the stage. Another local favorite, Brother Ali hosted the Fifth Element stage where Flatbush Zombies and Lizzo performed in manner that suggests they will be main stage artists next year.

Veteran act Cypress Hill reminded the crowd why their signature sound made a lasting impact and 2 Chainz had no problem getting the crowd to throw their hands in the air. More history was made with NAS celebrating the 20th anniversary of Illmatic. The controversial buzz of the day was whether Wiz Khalifa would take the stage as he had been arrested for possession of pot that morning in Texas. Proving that music and his fans are a priority, Khalifa chartered a jet to Minneapolis what proved to be an inspired performance. The headlining role was once again reserved for Atmosphere, making Minneapolis proud with a performance we’ve come to expect and appreciate. Early in the set, Slug invited Brother Ali to join him on stage for another standout moment to what was the most successful Soundset to date.