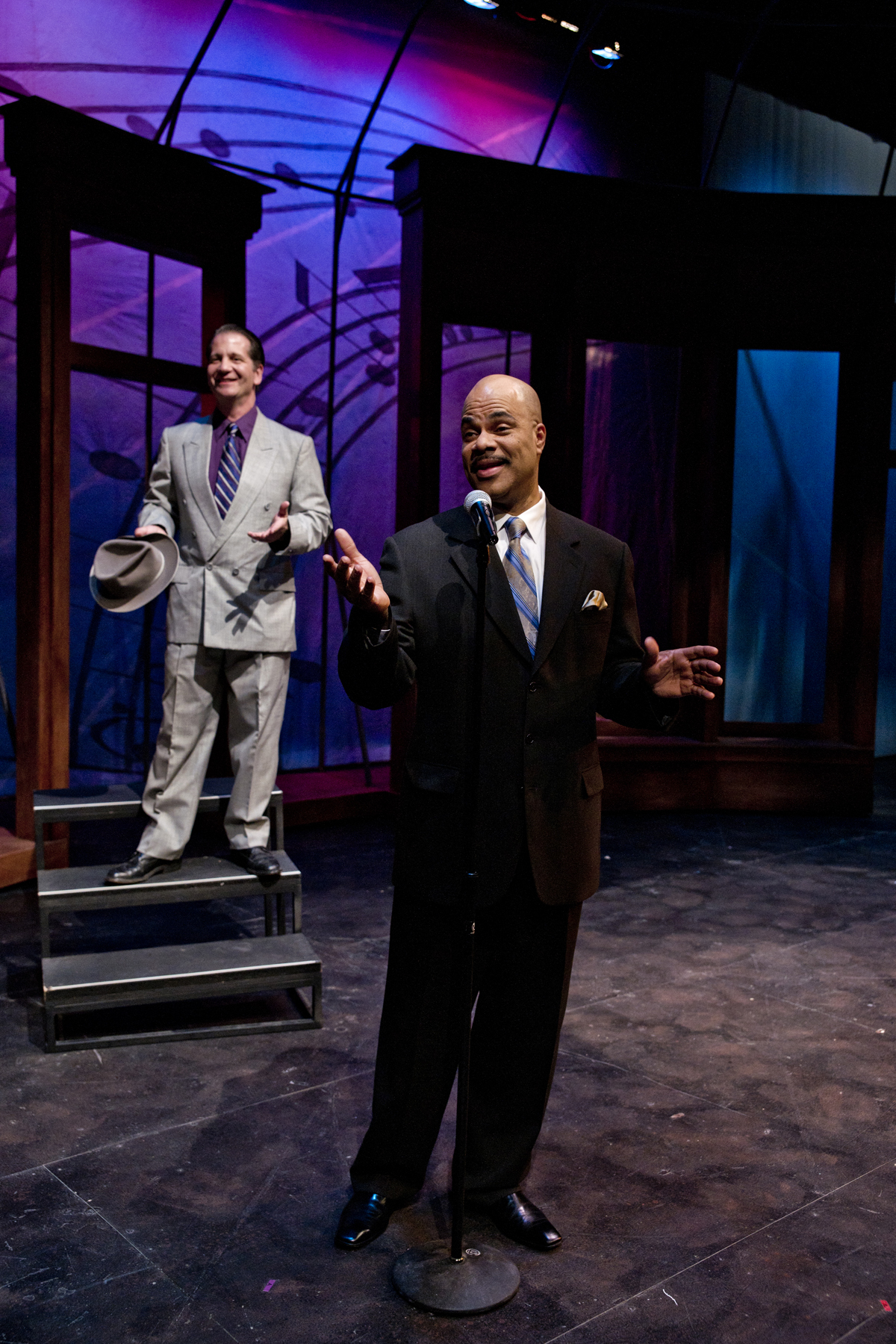 A parsing of the musical influences on George Gershwin’s brilliant body of work is the essence of “The Soul of Gershwin” presented by Park Square Theatre this holiday season. The audience is treated to enchanting renditions of Gershwin’s songs and a celebration of the origins of his musical genius in immigrant cantor music.

Joseph Vass both wrote the play and serves as musical director. Peter Moore directs the production. Dispersed between the musical interludes, Michael Paul Levin in the role of Gershwin narrates a tour of Gershwin’s musical inspirations.

The show opens with an impassioned rendition of “Rhapsody in Blue” played by Vass’s group Klezmerica, with Vass on piano and Dale Mendenhall on one “hot” clarinet. Remaining group members are Chris Bates on bass, Jay Epstein on drums, Adam Meckler on trumpet, and Gary Schulte on violin.

Levin quips at one point, “Mediocre songwriters borrow. Great songwriters steal.” Thus, Gershwin was among the great stealers, most of it was from the Yiddish musical tradition. Some of the most magical moments of the evening occur when Maggie Burton, who plays the role of Cantor, sings old Yiddish songs, showing how these songs were transposed into the many Gershwin hit songs such as “I’ve Got Rhythm.”

Rounding out the musical ensemble are Prudence Johnson as the Chanteuse and T. Mychael Rambo as the Storyteller. Johnson and Rambo both provide strong singing performances of Gershwin’s many memorable tunes including “Summertime” and “It Ain’t Necessarily So.”  Burton, Johnson and Rambo also all do a rousing rendition of the TV theme song “Meet the Flintstones,” a song whose rhyme was obviously lifted from Gershwin’s “I Got Rhythm.”

This show is much more a musical revue than drama. But the story of the music is memorable. Beyond emphasizing how Yiddish music influenced Gershwin, the show also demonstrates its influence on other great 20th Century composers such as Irving Berlin and Cole Porter. There was even a bit about Yiddish music’s role in the development of jazz and blues music. Walking out of the theater after the performance, I couldn’t help but note how incredibly educational the evening had been.