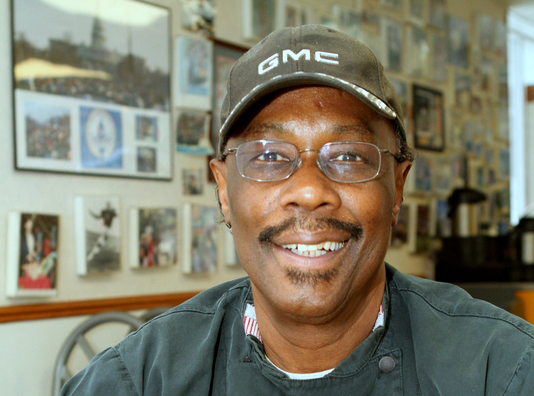 Photos by B FRESH Photography and Media

Sunnyside Cafe owner and head chef James Baker has been around the world, it seems. He first began cooking as a child, learning recipes from his aunties, but he credits his decision to cook while serving in the Navy during his tour in Vietnam with saving his life.

Upon returning to the States, he followed the advice of a commanding officer and enrolled in culinary school. Over the next 40 years, Chef Baker worked in many areas of the food industry—from hotels and care facilities to restaurants and private catering. Cooking even brought him and his wife together. He tells the story of visiting her father’s restaurant on Broadway in North Minneapolis where she served him a slice of pizza. It was with her influence that brought him back to Minnesota to establish a long standing soul food catering business, and eventually, restaurant and catering.

Sunnyside Cafe, on Minneapolis’s Northside, has been serving up a special kind of soul food since taking over the corner of Morgan and Glenwood from Milda’s Cafe in 2000. The restaurant, open Friday through Sunday, serves a one-of-a-kind soul food buffet featuring all of your favorites in one place. The menu changes weekly, from baked chicken and BBQ wings to spiced catfish and country ham. There are some staples that stay on the menu, including mac and cheese, candied yams, collard greens, and black eyed peas. There are also a wide variety of cold salads and always a plate of warm cornbread to enjoy on the side. 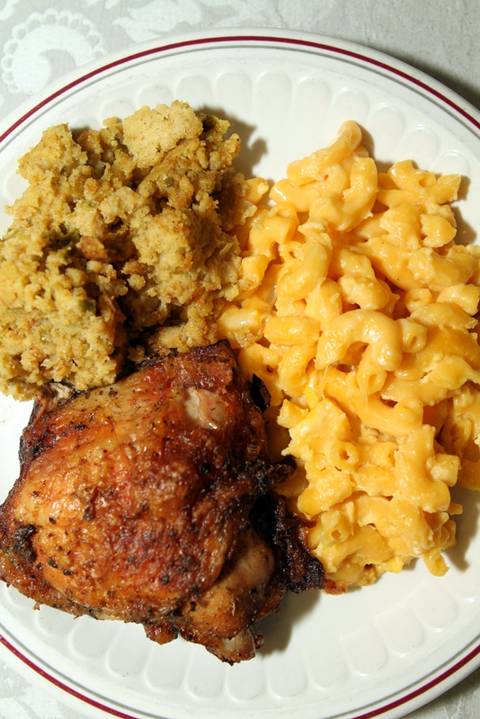 There were so many foods to sample from the buffet when I visited that I can only share a few with you here. The collard greens were excellent. Made without meat, the greens are flavored with fresh aromatics and vegetable stock. The preparation leaves nothing to be desired, as the rich flavor of the greens stands out, supported by the aroma of fresh onions and peppers on top. The black-eyed peas and rice were also very fresh tasting. They were fully vegan, like the greens, and were topped with minced green pepper and tomato, which made them as tasty as they were colorful. The mac and cheese was thick and creamy and had the flavor of a block of cheddar. It was nice to see some cornbread stuffing in the buffet, which had a really great traditional flavor. I had to have a second helping.

The baked chicken was very tender and was covered with a light dusting of seasoning. The skin was crispy and the interior very juicy. The BBQ wings were also juicy and covered in a tangy and mildly spicy sauce. Another of the standout dishes was the gumbo. Made with shredded chicken and sausage, it had a rich flavor, and again had a very fresh tasting finish that comes from well-prepared scratch-cooked food.

The photos of the many celebrities, politicians, and athletes that Chef Baker has met cover the walls of the Sunnyside Cafe. In these photos are the memories of a lifetime spent making food that makes people happy and leaves them satisfied. Chef Baker told me, “The pride lasts a lot longer than the money.” I think that this rings true in the high quality of service and great food that Sunnyside Cafe serves up. 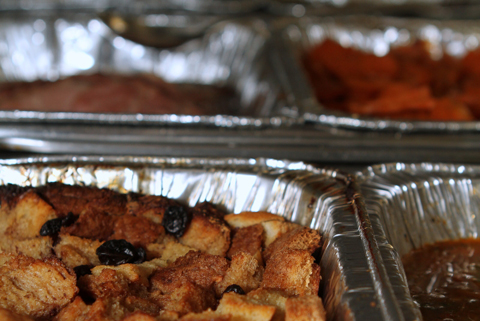 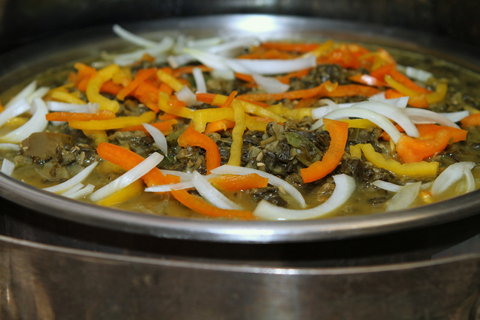 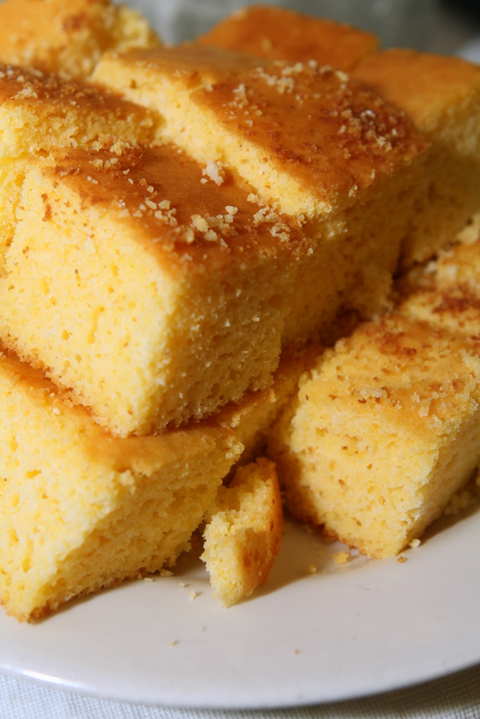 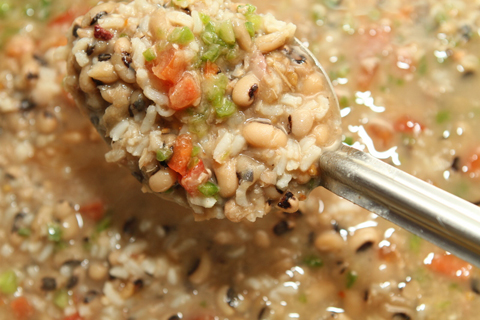 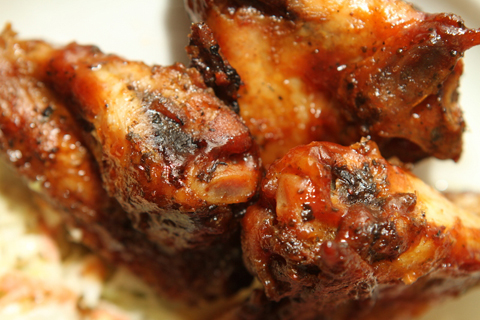 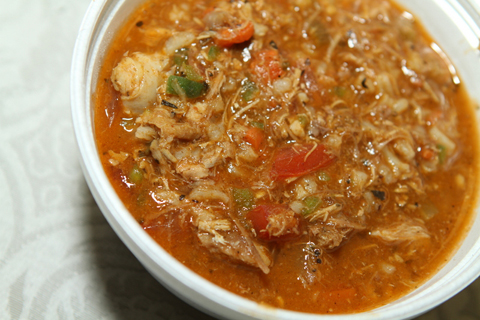 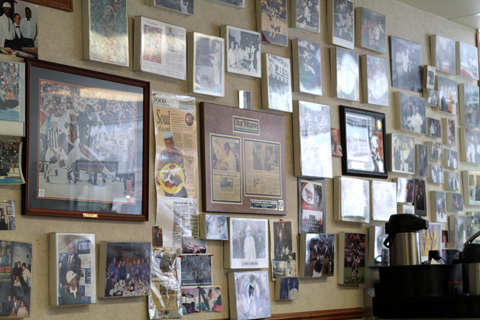 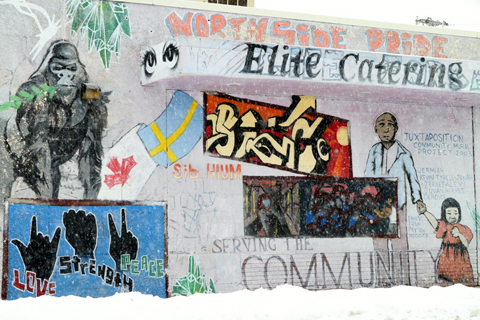 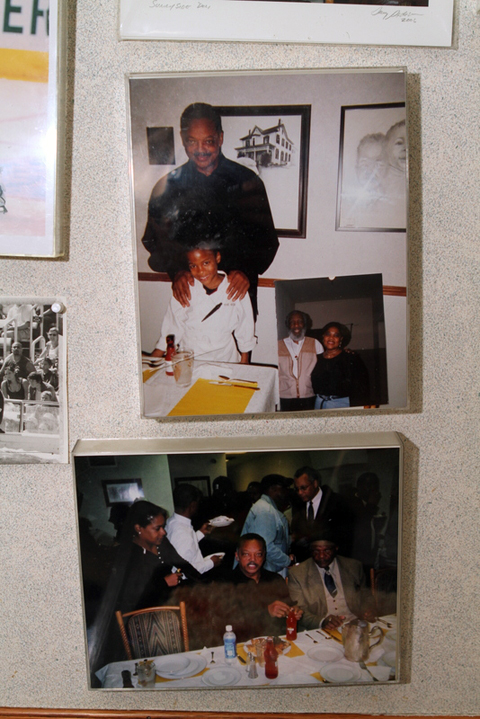 Read Margo Ashmore on food options from Broadway to Glenwood (2012) and Al McFarlane and B.P. Ford on Sunnyside’s “Basquais” omelet (2007).