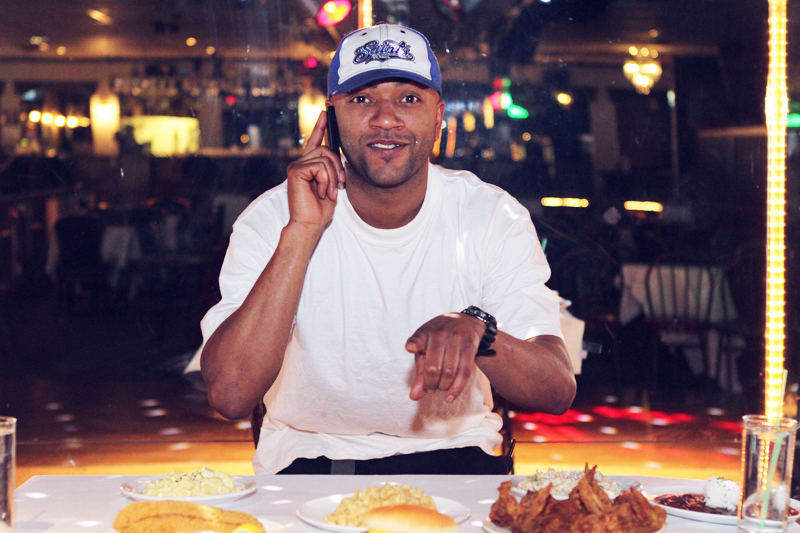 Leonard Lowe. Photos by B FRESH Photography and Media.

In the back of Arnellia’s Nightclub is a brightly lit kitchen that seems just big enough for one man to operate out of. On a busy night, the owner of Nardie’s Cafe, Leonard Lowe, will have a crew of five cooking, getting orders ready and running food out to hungry patrons. Nardie’s Cafe was established in 1997 and their initial run in Arnellia’s lasted through 2004. After setting up shop on Nicollet for three years, Lowe returned the restaurant to Arnellia’s. The relationship is a bit like that between a hotel and the restaurant inside. People come for food or for the nightclub and the two bring business to each other.

Most people, even those who visit Arnellia’s frequently, may not think of Nardie’s Cafe for lunch or dinner, but there is a full menu, complete with sides, platters, and main dishes. Nardie’s may be known by the late night crowd as only serving fried dishes, but if you get in before 9 p.m., when Lowe usually stops serving sides, you’ll be able to catch something really special.

I started out with fried catfish with sides of potato salad and mac and cheese.  The catfish was coated in a fine cornmeal crust and was fried perfectly without being greasy. The baked macaroni and cheese was creamy with a buttery finish. The potato salad was a simple homestyle salad with a clean flavor and no extras.

Some of the other sides I tried were the pasta salad, with tri-color fusilli and a nice dose of crisp green peppers, and the beans and rice. The beans were salty and spicy, and were served with a scoop of rice. I sampled a Nardie’s burger, topped with cheese, tomato and lettuce, nothing too special but definitely tasty. I finished up with the chicken wings and hush puppies. The wings had an exceptionally crispy exterior and were juicy and hot inside. I was surprised to find hush puppies and they were really pretty nice. They were dense and onion flavored, with a really nice brown on the outside.

Chef and owner Leonard Lowe just came back from Louisiana in August of 2012; he had been there honing his culinary skills. His menu features recipes he’s built up through collaboration with other chefs and his own time in the restaurant industry. Nardie’s Cafe is open during lunch and dinner hours as well as having a limited late night menu starting after 9 p.m. You can order take-out or dine-in, and they also offer catering. 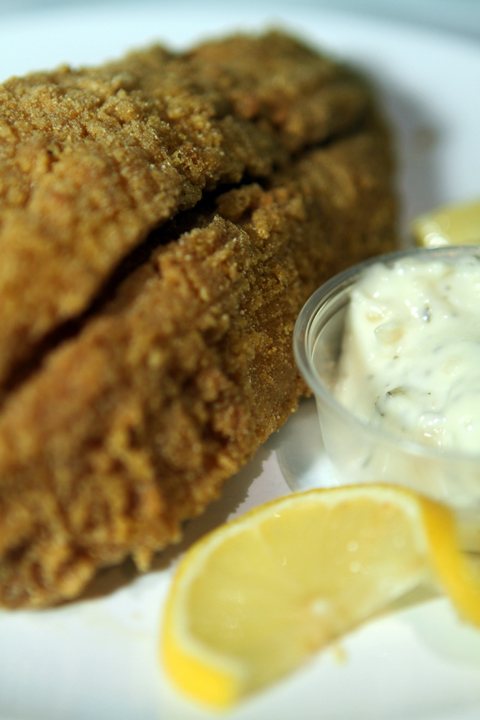 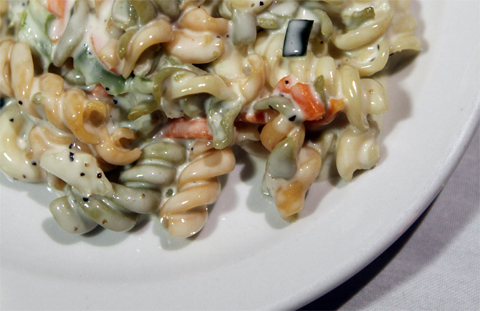 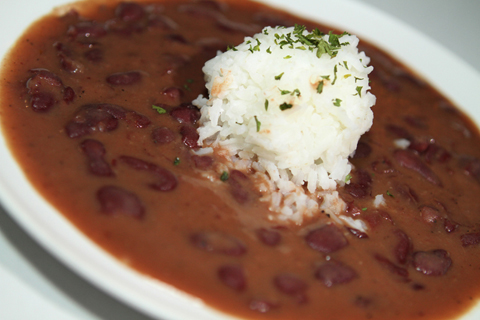 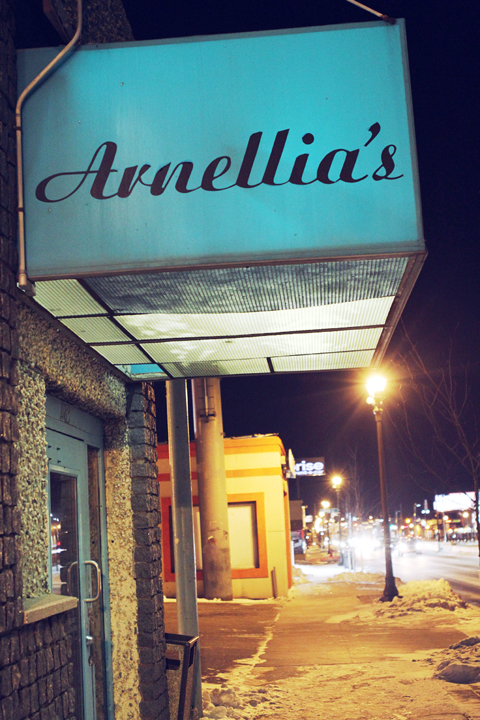 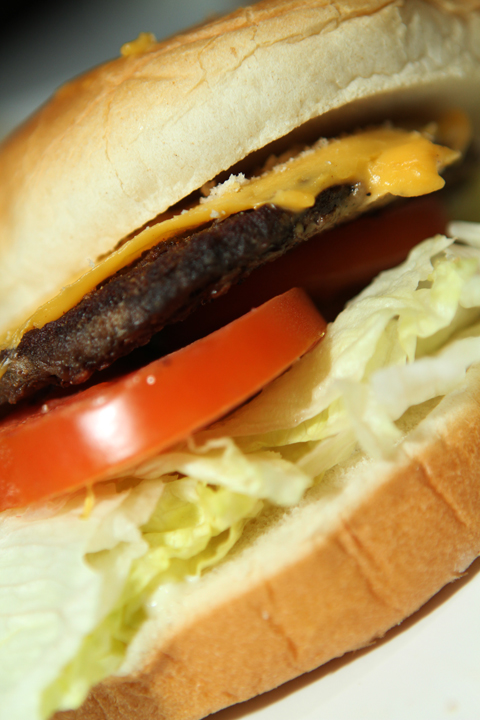 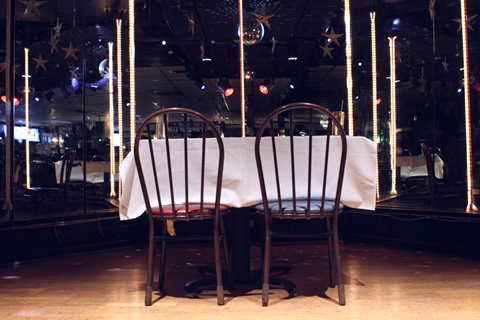 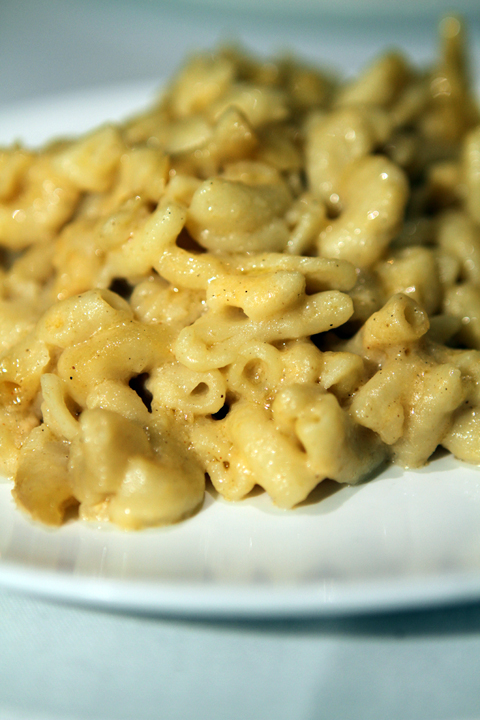 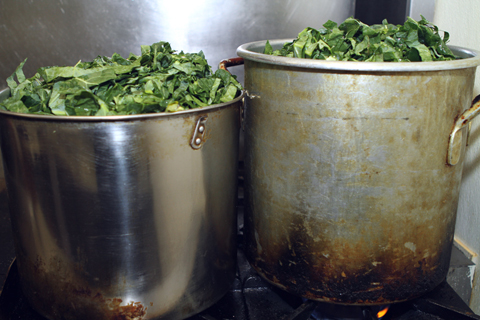 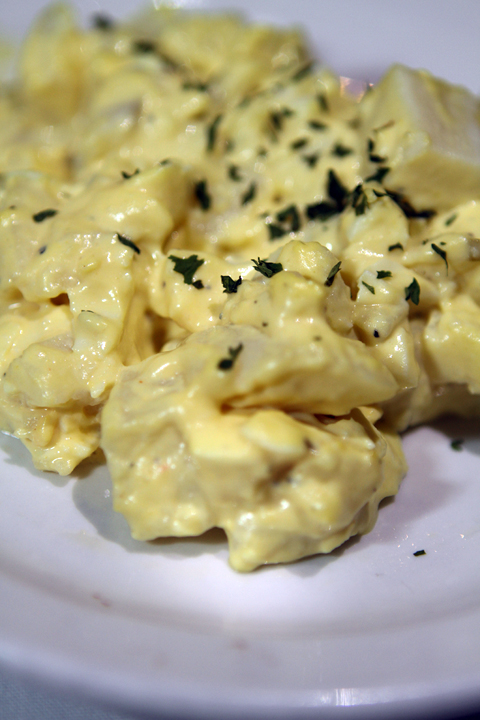 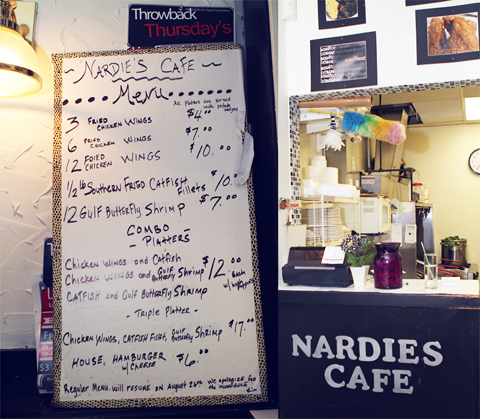 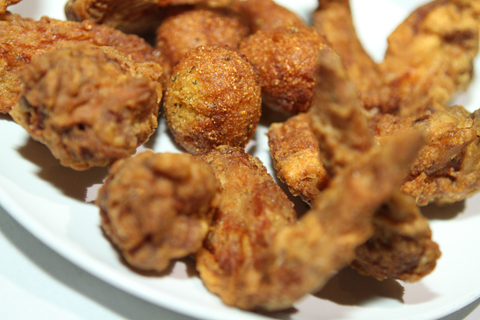