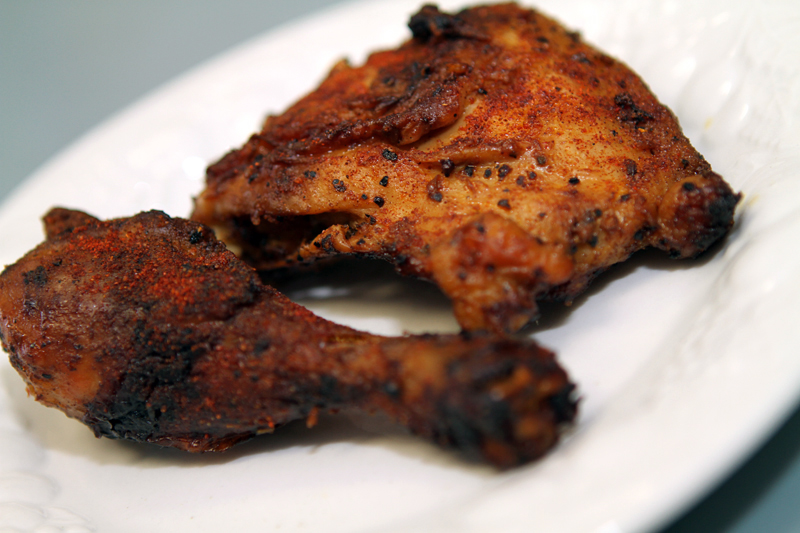 Mychael and Stephanie Wright, husband and wife co-owners of Golden Thyme, started up their cafe and coffee shop 13 years ago this March, first serving only coffee and pastries. Before long, people were asking for food to go along with their jazz-legend-themed coffee drinks—and the Wrights delivered.

Their menu now features daily breakfast including waffles and Mix-n-Go Grits—a bowl of grits topped with an egg, cheese, peppers, and a choice of breakfast meat. For lunch, there are sandwiches, a soup of the day, and a special that rotates daily and features hearty chicken noodle soup on Monday, nine-bean soup and cornbread on Tuesday, Golden Thyme chicken with spaghetti or red beans and rice on Wednesday, gourmet tacos and Baja soup on Thursday, and chicken gumbo or chili on Friday. On Saturday, soups and deli sandwiches are on the menu.

I ordered the chicken gumbo, a plate of Golden Thyme chicken and spaghetti, and a side of horseradish coleslaw. The bowl of gumbo tasted like a true southern dish. I wasn’t surprised when I learned that it was made with real filé, a powdered thickener and seasoning made from ground sassafras leaves. 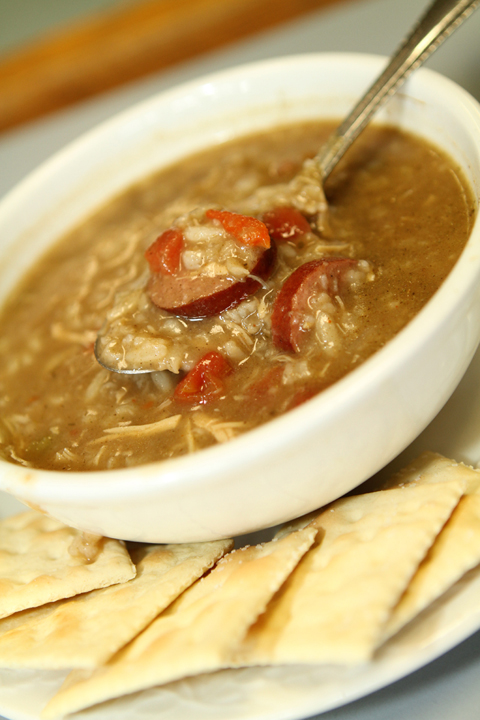 The spicy sausage complemented the simply shredded chicken and gave the dish a lot of character. The baked chicken is covered in their special Golden Thyme seasoning, a blend of herbs and spices that give the chicken a deep golden brown color and a rich, spicy flavor. The coleslaw was fresh and creamy and, with the addition of a bit of horseradish, had a little kick. The menu contains a number of healthier options including ground turkey in the spaghetti and turkey andouille sausage in the gumbo rather than pork. 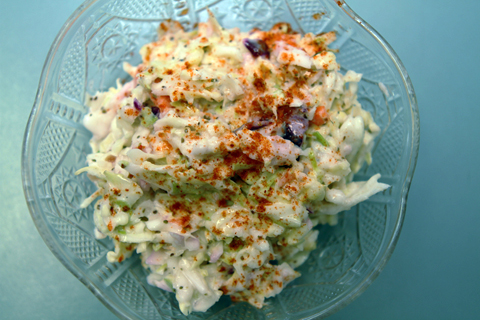 The intersection of Selby and Milton is a hub of black-owned businesses and is a neighborhood and community landmark. Golden Thyme Owner Mychael Wright founded the Selby Avenue JazzFest in 2002, and the Wrights’ passion for their neighborhood is evident in the number of people in the coffee shop who are greeted by name and welcomed like family. 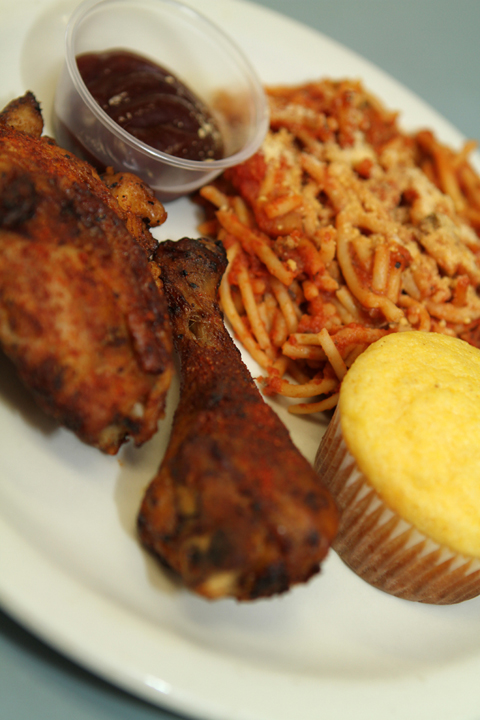