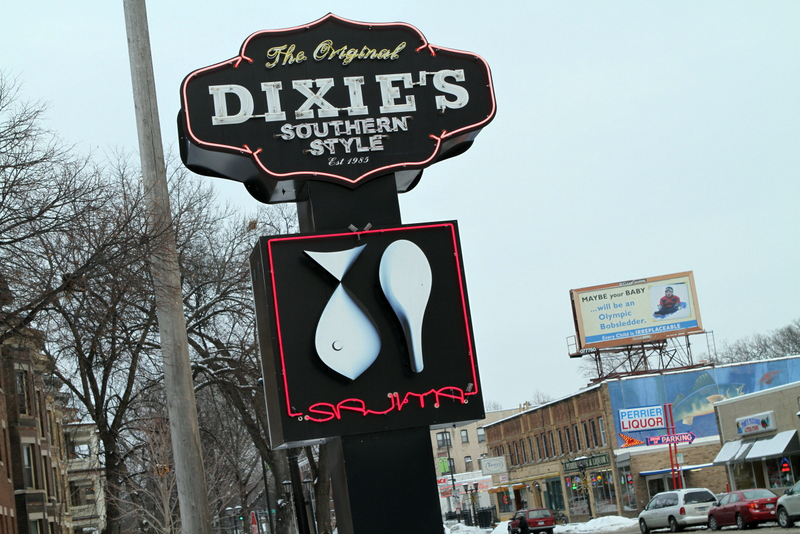 Dixie’s on Grand has been the Southern staple of St. Paul’s food scene since 1985. This year marks the beginning of a new era for Dixie’s with the introduction of executive chef Erin “Bayou” Lege’s menu.

Raised in Louisiana, Chef Erin brings an air of Southern authenticity to Dixie’s. Beginning with making roux in the family hunting cabin at age eight, his culinary ambition has taken him to working in Cajun restaurants across Louisiana, including a stint with Emeril Lagasse himself. I got some time to sit down with Lege and talk a bit about Southern food in general and soul food in particular.

To Lege, soul food as a cultural tradition means taking what you were raised with and putting your own spin on it. When tasked with building a breakfast menu, Chef Erin pulled ideas from his childhood and made them his own. He recounted his mother giving him a biscuit topped with egg, cheese, sausage and orange marmalade when he would go out the door to school as a boy. This family tradition has become the Bayou Benedict: biscuit, marmalade, andouille sausage, poached egg and tabasco hollandaise. In this dish, a refined version of a homestyle meal to go, I tasted what Chef Erin meant when he told me soul food was connected to how you feel on a given day—that emotion comes through when you tell a story with food.

Dixie’s new breakfast menu features a number of familiar dishes with a Southern twist. The traditional potato and egg scrambler has become the Hangover, a massive pile of sauteed potato, onion, and sausage topped with eggs over easy and tabasco hollandaise. The mixture is rich and filling, just the sort of thing you’d need after a late night. 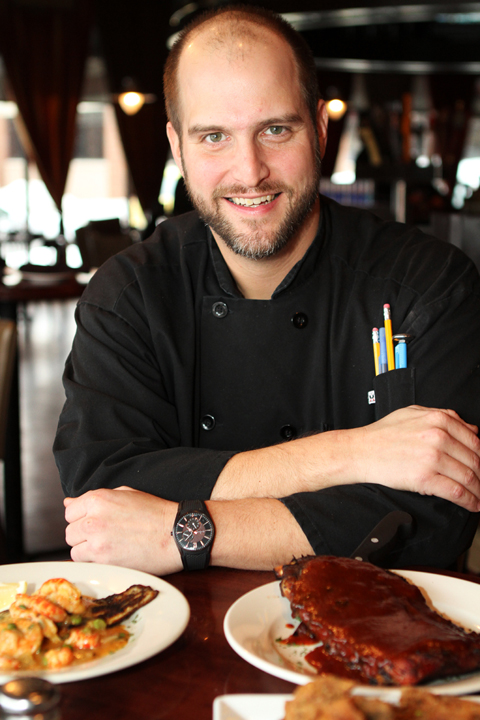 The Southern Drawl is a “Chef Bayou” specialty, and takes the idea of the BLT beyond the usual. Egg, a thick-cut, pecan wood-smoked bacon, lettuce, fried green tomato, havarti, avocado, and remoulade on sourdough toast. This was a sandwich I feel like I’d make when no one is around. There’s something exciting to me about piling a lot of different ingredients between two slices of bread; this sandwich needs to be added to the lunch and dinner menu, because it is just that good.

The breakfast dishes are accompanied by a standout, cheddar grits. It’s hard enough to find grits anywhere in town, but these were creamy and cheesy with just enough spice to keep them interesting bite after bite. I would order a whole plate of these alone.

The new menu, based on Chef Lege’s philosophy of flavor layering, using bacon and duck fat, fresh stock, and prime ingredients, won’t eclipse the excellent standards that Dixie’s has been carrying for years. The baby back ribs I tried had a nice crisp exterior that played well with the sweet, smooth sauce they were covered with. The fried chicken and mashed potatoes were excellent. The chicken was moist and flavorful and didn’t leave any grease on my fingers. The gravy covering the thick, creamy potatoes was peppery with a perfect hint of bacon drippings.

On this month’s Louisiana menu—the restaurant features dishes from a different Southern state each month—and soon to be on the new menu this March is the blackened catfish filet with crawfish and shrimp etoufee. This was an amazing dish. The process of “blackening” spices on a piece of fish is a difficult balance of heat and timing, that, in this case, was hit spot on. The spices were flavorful and aromatic and had just the right amount of smokiness, all the while, letting the catfish’s own flavor shine through. The catfish was topped with an etoufee of crawfish and shrimp, a dish that is hard to make, and even harder to get to taste this good. 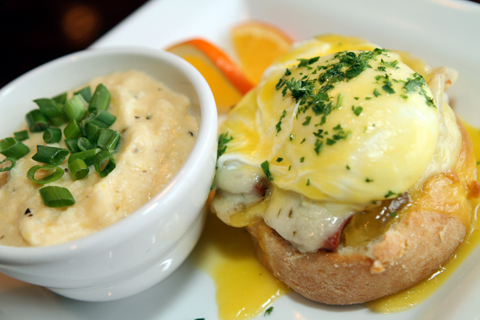 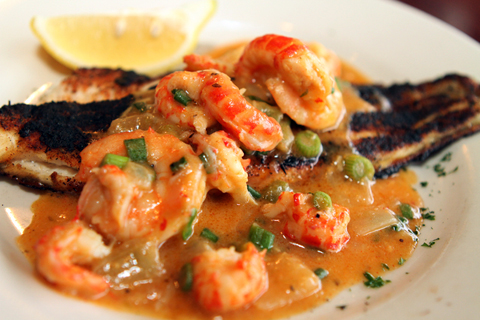 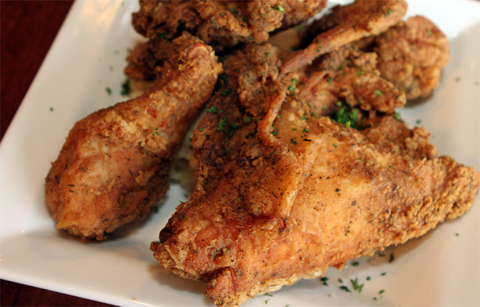 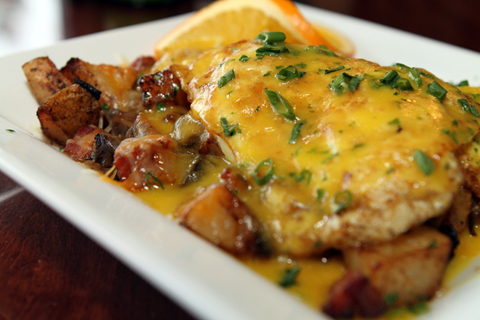 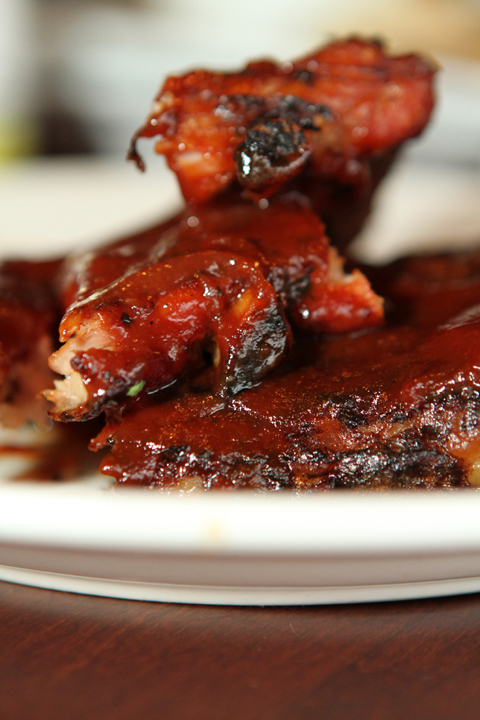 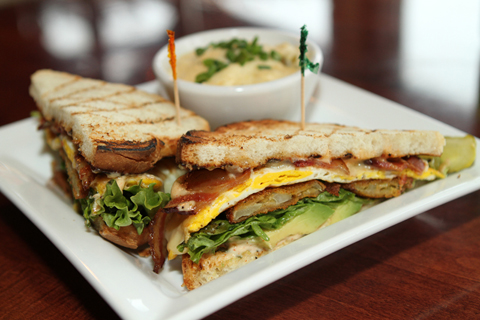 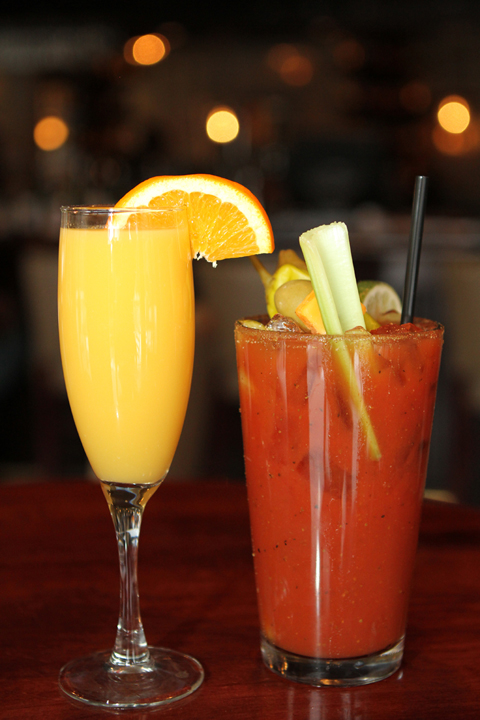