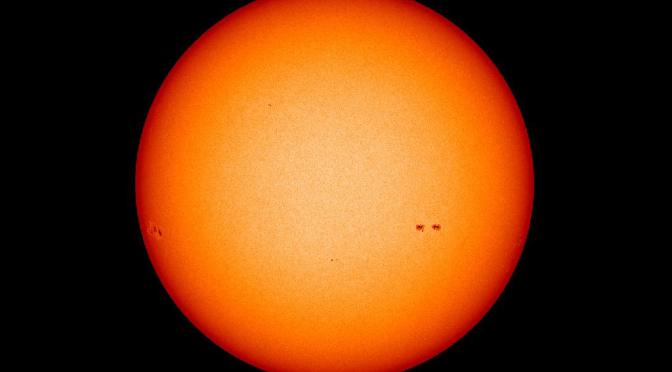 We have had an impressive run of discoveries in recent weeks.

From the soon-to-be simple parlor trick of making matter out of light, to the location of a prehistoric underwater volcano that helped form the island of Oahu, scientists have been uncovering all sorts of wonders.

And even as far too many of Earth’s creatures disappear forever, we are finding new ones to hound into oblivion. A distinctive sea anemone was just identified, and you’ll be delighted to know there is a vicious mantis in Rwanda that’s as scary as anything from Jurassic Park.

Not to be outdone by such a pipsqueak, the already-extinct dinosaurs have just wowed us again by producing a creature that was probably as large as a seven story building!

But my favorite discovery story of the week is this study in persistence:

In 1936 a scientific researcher discovered a particular kind of snake on a remote Mexican island and cataloged it for the American Museum of Natural History in New York.

You’ve gotta love the pluck of these old explorers. Here’s what William Beebe wrote about that initial moment of contact:

“We walked on, flashing the light all around. Not far from the water on the black lava I saw a small dark brown snake. It seemed to be unlike the one I had found in daylight, having lines of black spots on the body, so I picked it up and cached it in my shirt.”

Tromping around an exotic place in the dark and stuffing strange snakes into my shirt is definitely on my bucket list, though I’m saving it for the very last thing. And clearly I’m not the only one who feels this way! Almost 20 years after Beebe felt a wriggle in his blouse, a return expedition tried and failed to find the aforementioned snake and wrote off the original discovery as a mistake. Maybe they didn’t turn over enough rocks, or perhaps their pockets were already full.

Fast forward to 2013 and another effort has validated the first discovery. Overcoming obstacles like limited access (you can only get to the island under military escort) and visibility (the creature is nocturnal and lives on an island almost 700 miles from shore), National Museum of Natural History researcher Daniel Mulcahy has learned that the elusive Clarion Nightsnake really exists!

Of course we love our new creatures to be exciting and dangerous, but based on the latest descriptions (brown, with some black spots) and historically nonthreatening demeanor (excessive shirt-friendliness), it’s on-again, off-again status may be the most interesting thing about the Clarion Nightsnake.