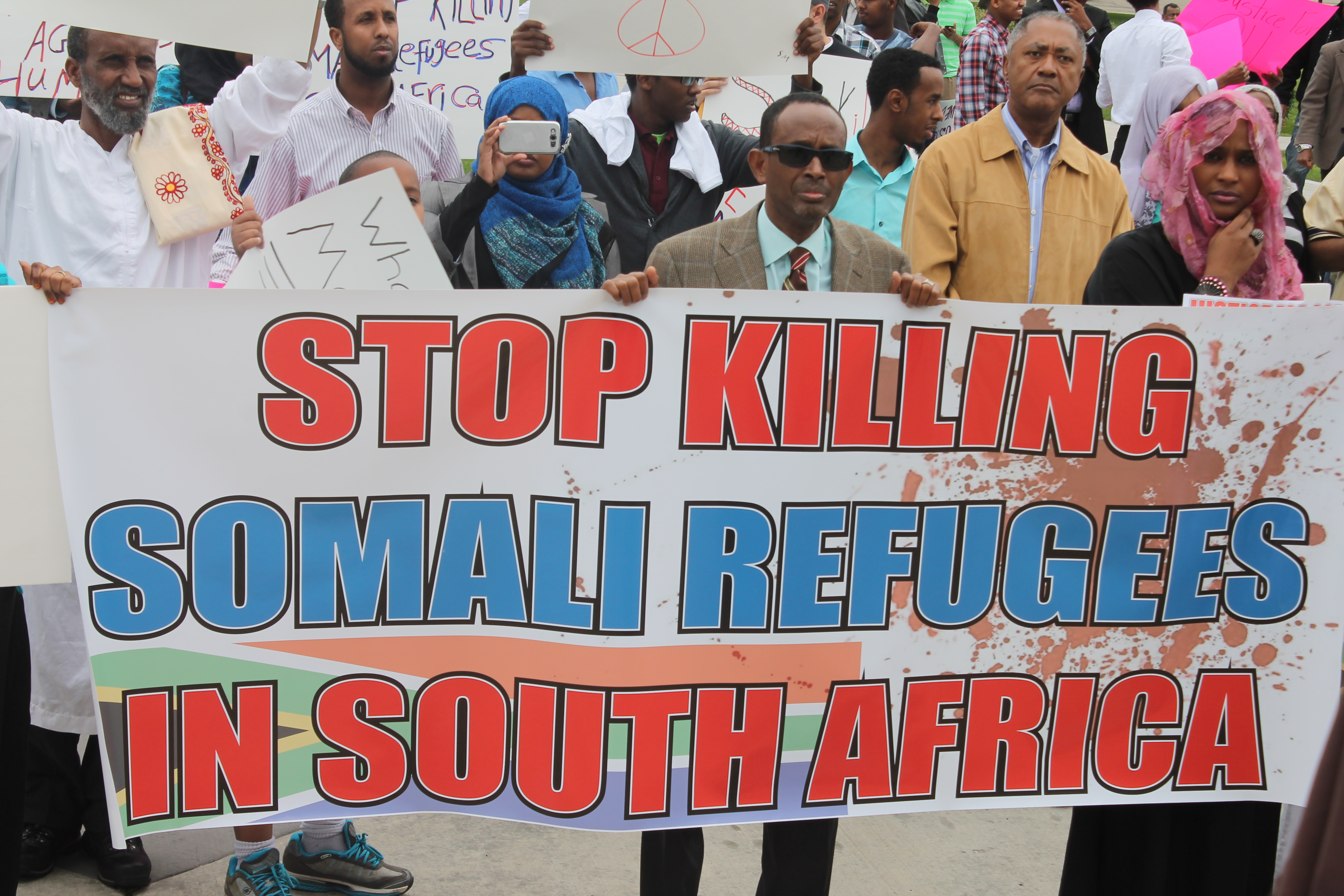 Submerged in black hijab and with tears of sorrow streaming down her cheeks, Hali Mahmoud stood before hundreds of Somali-Americans at the State Capital to commemorate the murder by stoning to death of her younger brother in South Africa.

“He died a painful death,” Mahmoud said June 7 of her 27-year-old brother, Abdinasir Mahmoud. “May God have mercy on his soul.”

Abdinasir Mahmoud, who moved to South Africa in 2008, was a grocery store owner and operator, Hali Mahmoud told TC Daily Planet. Under the clear daylight of Thursday, May 30, a mob of black South Africans attacked him and two other relatives in store in Port Elizabeth.

At first, Abdinasir Mahmoud escaped for his life, parting from the two relatives he was in the store with, Hali Mahmoud said. They took off in a different direction.

Moments later, Abdinasir Mahmoud made his way back to the store to make sure his men were safe. But he found himself surrounded by the mob, forming a shocking scene that spelled out the last moments of his life.

The scene, which was captured in a video that surfaced on Facebook and Twitter last week, brought grief to millions of Somalis throughout the world. The YouTube video shows Abdinasir Mahmoud lying flat on a street with his clothes striped off.

The mob took turns to smash the helpless Abdinasir Mahmoud with rocks pouring on his face and kicks on his head until he died on the scene. Other photos showed Abdinasir Mahmoud’s legs tied in ropes, as his body is beaten and dragged on rocky streets.

After the Friday prayers, more than 250 leaders, community leaders and Muslim religious representatives assembled at the State Capitol to honor Abdinasir Mahmoud and condemn his murder and the murders of other Somalis in South Africa, where they are often under attack, and their businesses are often looted.

“Just hours ago, two cousins were killed in South Africa,” said Hassan Mohamud, imam of Da’wah Islamic Center in St. Paul. He pleaded with the Somali government to secure safety and justice for the Somalis in South Africa.

“We need justice now,” Mohamud shouted to the microphone. “We need equality now.”

Siad Ali, senior constituent services advocate at the office of Sen. Amy Klobuchar, thanked the crowd for showing solidarity and speaking out against violence perpetrators in South Africa.

Hali Mahmoud said her brother is survived by two sons, Ahmed, 7, and Hassan, 9.

She thanked the people at the gathering for standing by her side though tough times and for sharing the pain with her and her family.

“This is not the first time a Somali person was murdered in South Africa,” Hali Mahmoud said. “And it won’t be the last time. … But I hope we will continue the fight against the injustice in that country.”