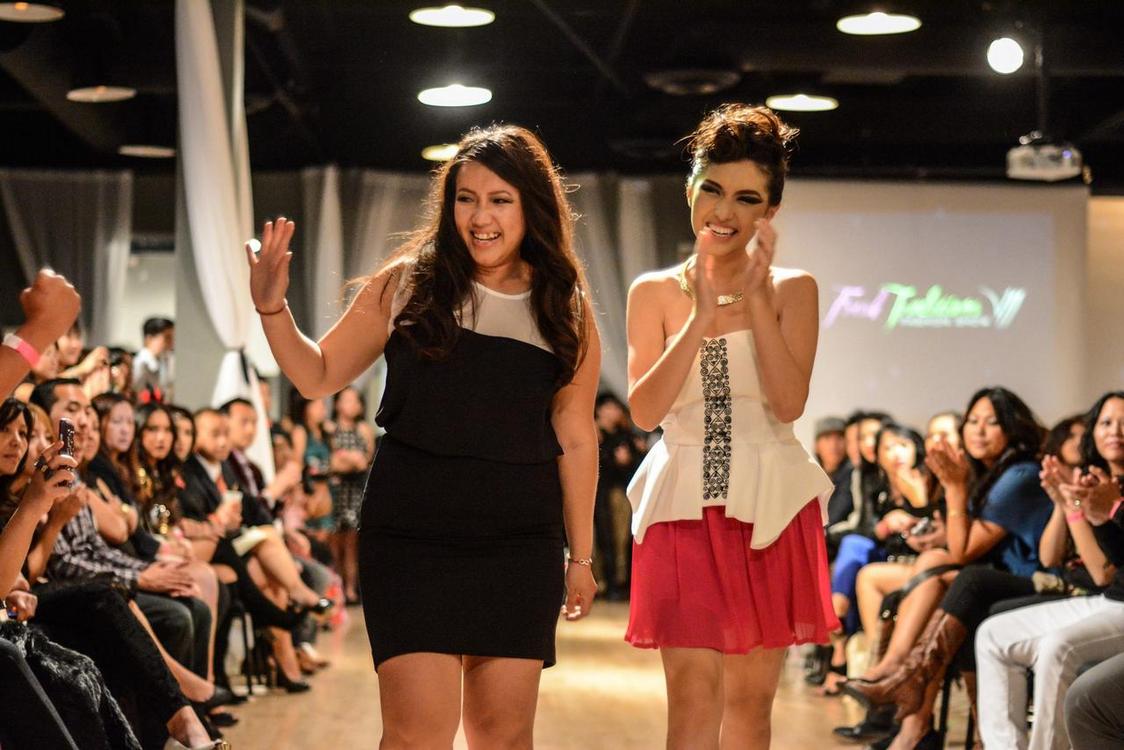 Expectations for the seventh annual Fresh Traditions fashion show were high on October 5 at the DS Event Center in St. Paul. Sold-out tickets showed in advance the great interest in this unique show. Once again, emerging Hmong designers were given an opportunity to present their collections to an audience.

This year’s designers were Chong Her, Nou Her, Malika Lor, Nhia Xiong, Sanida Xiong, Yuri Xiong, and Kahoua XiongPachay. (You can learn more about the designers on the show’s Facebook page.)

Like every year, there was a special challenge for the designers: each designer was required to create at least one garment with the traditional colors and fabrics of the Hmong culture.

Every collection had its own name and was created individually by a designer. The makeup, hairstyling, music selection, and also the choice of the accessories—every detail was carefully chosen.

Before each collection the designers introduced herself in a personal video message to the audience and talked about her desires and inspirations. The show itself went smoothly and professionally. Over 50 models were booked for the show. The love for the details, for the culture, and for the fashion itself was clearly visible.

After the show the designers and the models came out to make their first contacts.

Fresh Traditions was created in 2006 by the organization CHAT (Center for Hmong Arts and Talent) as a result of the increasing interest in the fashion industry by Hmong artists. The CHAT program supports young Hmong designers in their creative work and offers many more possibilities for creative development.

Until now this show has been unique in the United States but the interest is growing. Another show is already planned in California. The mission behind this show is to keep the culture alive and to give it a platform where Hmong people can express themselves.

Before the show began, I spoke with designer Kahoua XiongPachay (KXP). She is 24 years old and started in February to design her garments for the fashion show.

How do you feel today?

I feel good, a little tired by all the chaos, but its really exciting at the same time.

How many hours did you work last week?

Too many…I had restless nights!

How many creations do you have and what’s the name of your line?

I have seven garments in total and the theme of my concept is called “Belle,” like the Disney princess Belle. We think about what a princess is and we think about the different characters, but as we grow older we want to redefine that. So we don’t want puppet dresses and little birds anymore: we want to be independent, motivated and educated. I think that’s what beauty means to me.

Where do you get your inspiration from?

Mostly I get it from inside. It’s a feeling. My line is based of defining inner beauty and what it means to a woman.

Is there one creation in your line that you like the most?

I like them all, but I think my most challenging one is my last garment where I had to use all the Hmong colors like green, pink, and blue. I also had to incorporate the traditional Hmong textiles like velvet and silk into one garment. It was a big challenge, but also the most rewarding. I usually don’t like to work with a lot of colors—I love black.

How much does one creation cost?

The time and effort I have to say is priceless because you spend a lot of time doing it—like 20 to 30 hours. For sale it would probably be around $50 to $100. It can be more; it depends on the fabrics and also on the details you are putting in.

How do you learn about the fashion show?

Seven years ago I modeled for the event. At that time I did not know how to sew, but I really wanted to be the designer and not the model—so here I am!

Where did you learn how to sew?

Technically I started last year at Minneapolis Community and Technical College, but I’ve always enjoyed drawing and collecting from just as when I was young. It was always a part of me.

Chong Her opens the show with her collection "Refresh"

moderation of the show

"Historic inspired" by Nou Her

"Historic Inspired" by Nou Her