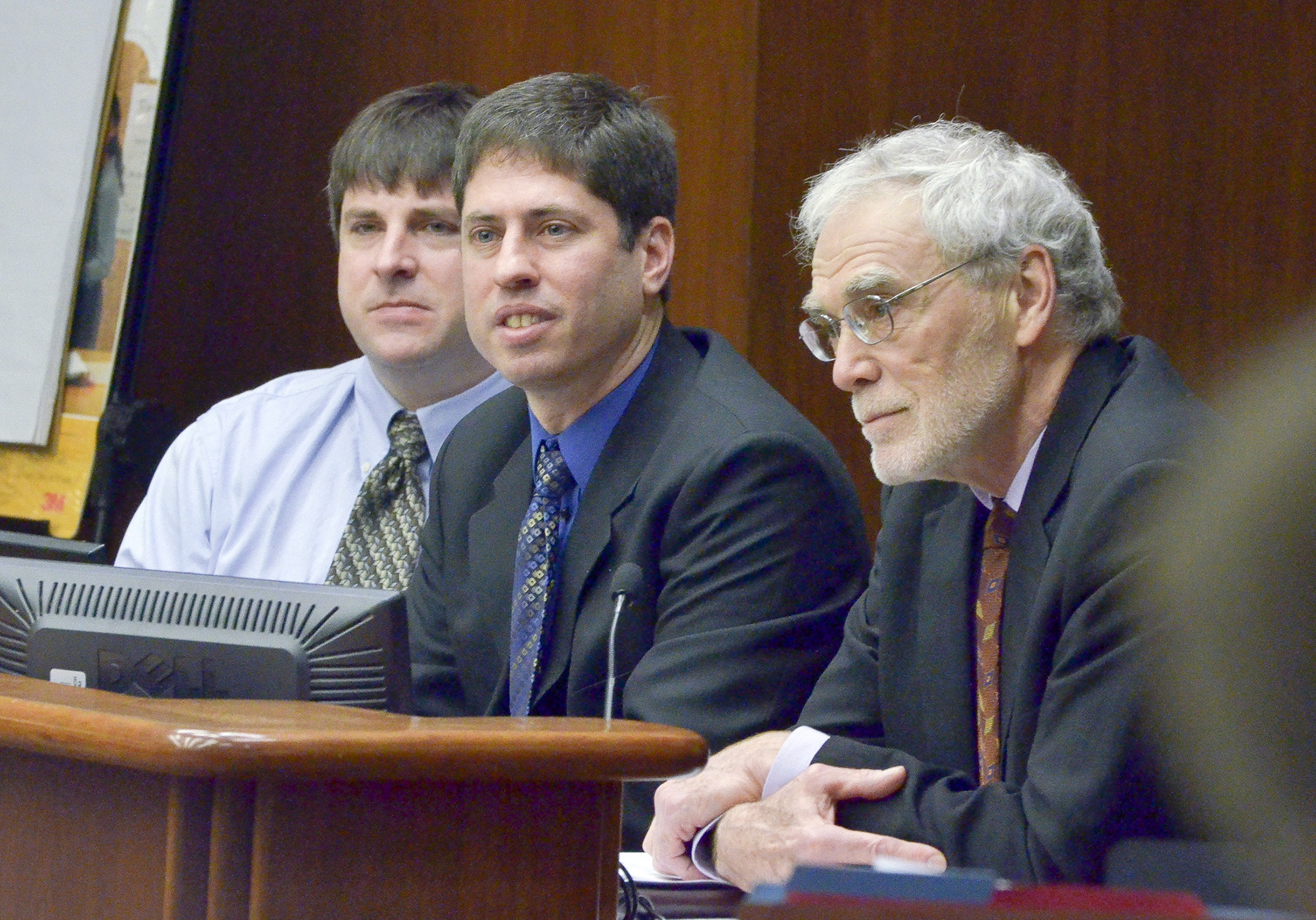 It may have been in the soap, deodorant or toothpaste you used this morning, the clothing you’re wearing now, or the kitchenware you’ll use for dinner tonight. If research from the Centers for Disease Control and Prevention is accurate, chances are it’s in you, too.

Whether triclosan — an anti-microbial compound first used in the 1970s by the health care industry and found by the CDC in the urine of nearly 75 percent of the people tested for the periodic biomonitoring report it publishes — poses a threat to human health or the environment, is a matter of some debate.

However,a recent study conducted by the University of Minnesota that found increasing amounts of the chemical in several state lakes, has accelerated the momentum of that conversation, and the House Environment, Natural Resources and Agriculture Policy Committee further increased it Tuesday (Listento the meeting).

Members questioned the study’s authors and listened to testimony from those both for and against use of the product, one day after Gov. Mark Dayton signed an executive order directing state agencies to stop purchasing soaps and cleaners containing the chemical by June.

Committee chair Rep. Jean Wagenius (DFL-Mpls) praised the university scientists for their work, which examined sediment core samples from eight lakes around the state with varying amounts of wastewater input, and found levels of triclosan, its derivatives, and the dioxins they form, have been increasing over the past few decades.

Wagenius, along with Rep. Tina Liebling (DFL-Rochester) and Sen. John Marty (DFL-Roseville) — who, respectively, chair the House Health and Human Service Policy and Senate Environment and Energy committees — co-signed letters sent last month to several cleaning products and chemical companies calling for an end to their use of triclosan.

“Triclosan and its derivatives are pervasive and imposing potential enormous harm to our lakes and rivers. It must stop,” the legislator’s wrote in a Feb. 19 letter to Bob McDonald, chairman, president and CEO of Proctor & Gamble. It went on to say that Minnesota taxpayers have made “an unprecedented commitment” to clean their water, but those efforts “will be totally undermined if triclosan remains in your products. The costs you are imposing are ones we cannot bear.”

In response, the company — which makes Tide, Crest, Scope and Old Spice, among many others — wrote that triclosan “is one of the most researched consumer product ingredients in the marketplace,” and said it had carefully re-examined its “limited use of this ingredient” and did not believe a change in consumer use was warranted.

The company also said it would comply with any new regulatory guidance it gets from the Food and Drug Administration and/or the Environmental Protection Agency. Although the FDA maintains on its website that “triclosan is not known to be hazardous to humans,” it goes on to say it is “reviewing all of the available evidence on this ingredient’s safety in consumer products” in light of studies that have shown triclosan can disrupt hormones in the body, and may also contribute to making bacteria resistant to antibiotics. The EPAis conducting a similar review.

As with the Dayton’s order, concerns about the chemical have already compelled some to act. In 2010, health care consortium Kaiser Permanente stopped using soaps that contained triclosan. Johnson & Johnson has pledged to remove triclosan from its products by the end of 2015, and the Canadian Medical Association has also called for a ban on household antibacterial products, including triclosan. 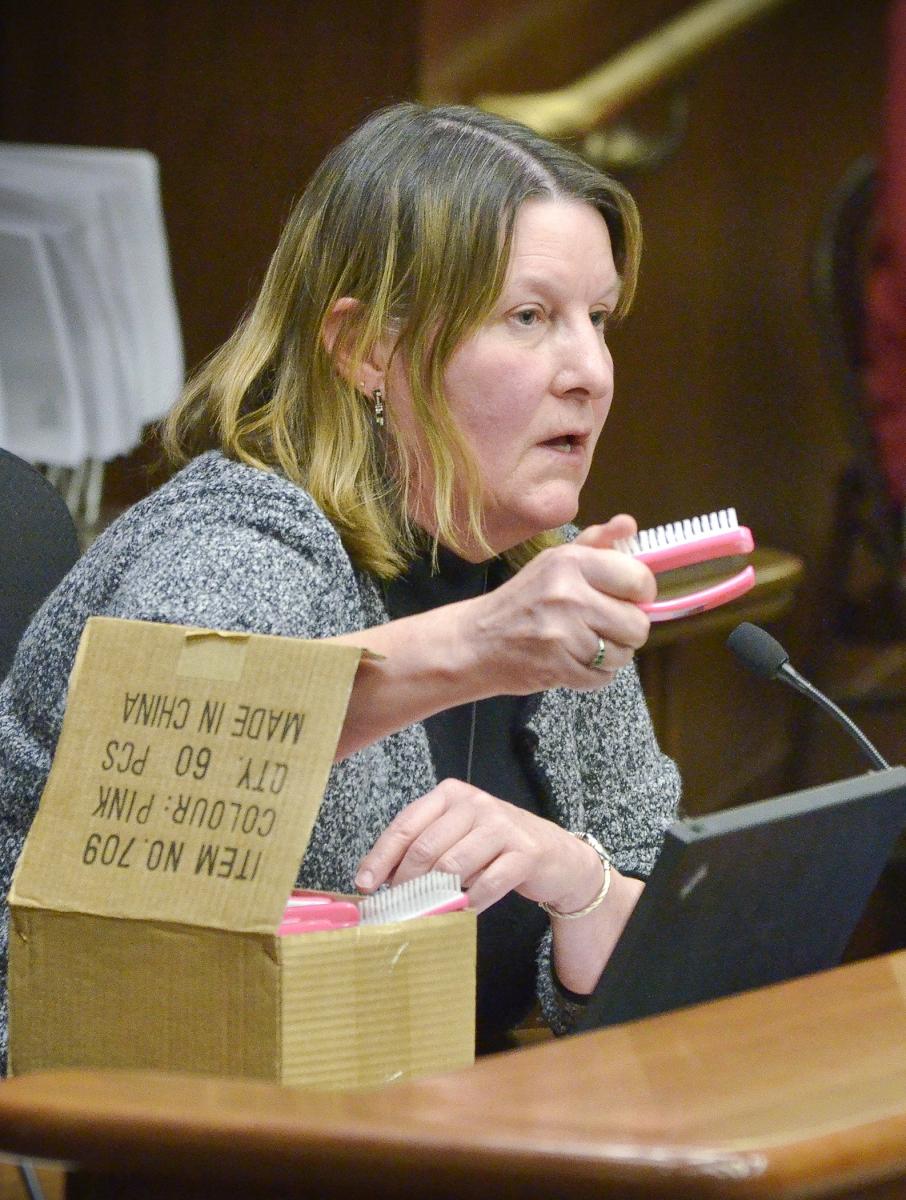 “One concern with Triclosan and similar antimicrobials is that bacteria will develop resistance pathways that not only reduce the efficacy of Triclosan, but also to antibiotic therapy,” CMA wrote in a release. “Resistance may render the use of these antimicrobials and some antibiotics useless to those who actually need them, particularly those with weakened immune systems.”

At Tuesday’s hearing, Richard Sedlak, executive vice president of the American Cleaning Institute, a trade association representing the cleaning products industry, told the committee he hoped members appreciated how widespread the use of triclosan was as an anti-microbial ingredient. He said data showed that it did reduce germs, which in turn reduced infection rates.

Sedlak also said the EPA had done a comprehensive environmental safety assessment as part of a reregistration process for triclosan in 2008, and determined the levels found in U.S. waters were safe.

“Data that is now new in Minnesota fits within the assessment,” Sedlak said. “It doesn’t take us to a point where we would upend what EPA has concluded about the safety of this material.”

However, Trevor Russell — the watershed program director for Friends of the Mississippi, a non-profit organization that works to protect and restore the river in the Twin Cities region — told the committee he’s heard from a lot of people around the state concerned about triclosan.

“We urge continued action to prevent continued buildup of triclosan and its dioxin derivatives in our Mississippi River system,” he said.

(Above, armed with a box of nail brushes for the committee, Linda Bruemmer, director of the Health Department’s Division of Environmental Health, tells members of the House Environment, Natural Resources and Agriculture Finance Committee that the use of a nail brush is the most effective way to wash one’s hands. Photo by Andrew VonBank)