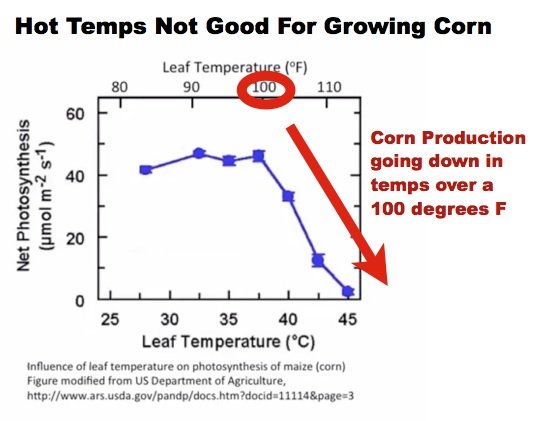 We are facing the destruction of everything so that oil oligarchs can extract more money for another decade or two. Never mind that there is no happiness left for the oil oligarchs left to buy. If we allow the oil oligarchs to burn the carbon reserves they currently own, total warming in 300 years would lead to 2.75 doublings of CO2, or a global temperature rise of about 12 °C. One more study says 12 °C would cause too much heat stress for humans to survive. Even if we could shelter humans under such conditions, the problem is that our main staples of food will not grow.

I grew up with the threat of nuclear annihilation, but that was expected to be quick. We have so far avoided a nuclear war. Now we face a certain threat of the slow pain of climate change. While President Obama recent moves are encouraging, it is no where close to stopping the climate change. Now that we are in a doom scenario, will conservatives finally admit climate change since they can now justify ignoring it as it is too late anyway. What I want to know is what conservatives will say to their children and grand children when it becomes really obvious. Like “Hey, I sold your future for a gas guzzling car, more oil profits on my 401K and for the pleasure of politically beating up liberals. ”

The last ever dolphin message was misinterpreted as a surprisingly sophisticated attempt to do a double-backwards-somersault through a hoop whilst whistling the “Star Spangled Banner”, but in fact the message was this: So long and thanks for all the fish.