We can learn a lot from snow. I had a lot of thoughts as I drove around during and after our instant winter (text is above photos).

This is Grand Avenue on Wednesday afternoon. Kind of a two mile long sneckdown. That’s almost 9′ width from the first car to clear asphalt and everywhere was over 6′. On each side. Yes, I think there might be room to reclaim a bit of Grand Avenue for people.

In a very brief drive through Roseville to lunch I counted 9 people walking in the street like this guy. There’s a sidewalk buried under the results of a snow plow next to him. If no snow plows had come along the sidewalk would have been quite useable as we didn’t get that much snow here. So, the sidewalk is made unusable for people so that cars have a clear road and then to add a bit of insult, Roseville doesn’t come behind the snowplows to clear their sidewalks of the detritus that their snowplows dumped on them.

Shoreview giveth and Ramsey County taketh away. Shoreview does a pretty decent job of clearing all of the city’s paths. There’s a reason we’re moving there. Unfortunately some plow operators (and some private residential driveway plow operators) undo it. 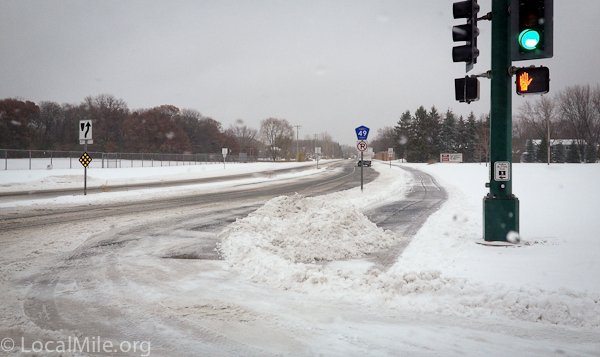 Like Roseville, Vadnais Heights is kind of slow. Yep, there’s a sidewalk underneath all of that. 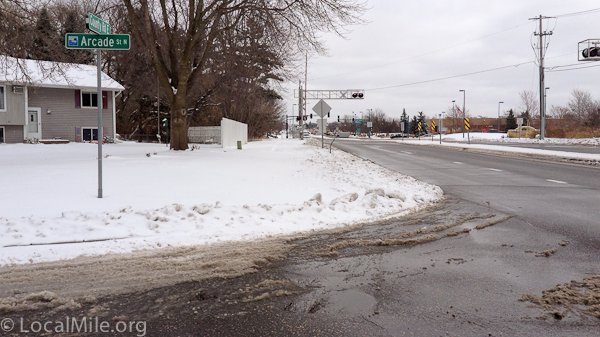 And so is Ramsey County. 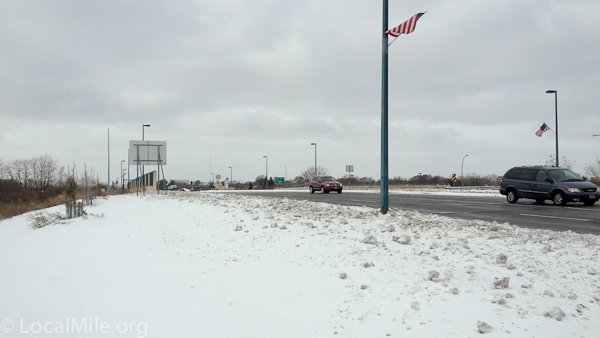 And this, mostly for some color. Utility trucks once considered these paths their private access. They’re all now doing a much better job of keeping the paths relatively clear. 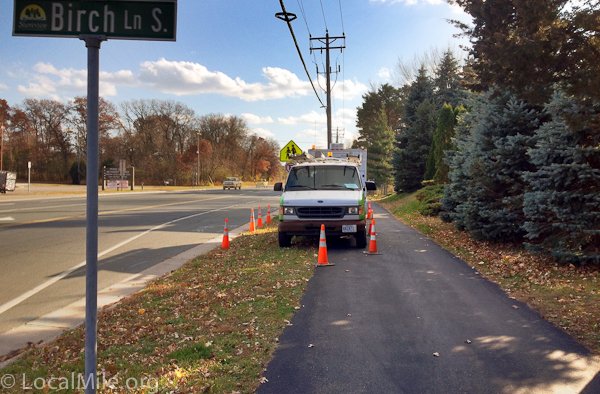