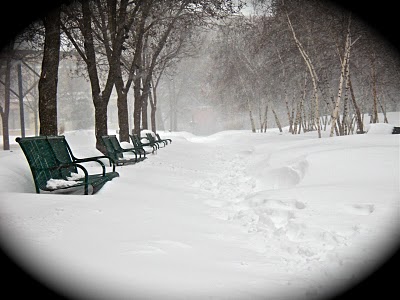 December 12—Patrick decided we needed to go out and photograph the storm yesterday. So we did, wading through three foot drifts of snow. I fell down twice. No big deal, since falling into a snow drift is like falling into pillows.

It was a very satisfactory blizzard. Today is bright and clear. The east-west streets are being plowed. Tomorrow will be north-south, and the Cities will be back in operation. 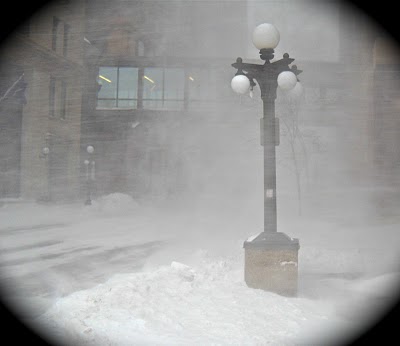 December 11—We’re in the middle of a serious snow storm. Ten to twenty inches was predicted. Right now, the snow is falling so thickly we can see across the street, but not much farther. Patrick is taking photos of nearby buildings. They are almost colorless shadows, looming through whiteness. 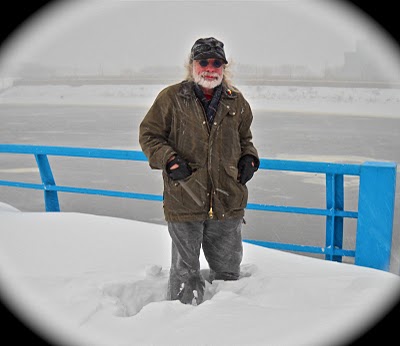 So we are stuck inside today, which is just fine.

Patrick has a very large teddy bear given to him years ago by a homeless man. The bear’s name is Mr. Bear. Patrick and I occasionally have conversations with him, Patrick voicing the bear. Usually Mr. Bear makes remarks about being homeless and how important it is to have a home.

That was a famous year for blizzards, the last year (till now) when the Twin Cities had serious snow storms.

“Of course. There was so much snow we couldn’t find cans. I spent the entire day under a loading dock.”

“You’re safe inside this time,” I said to Mr. Bear.