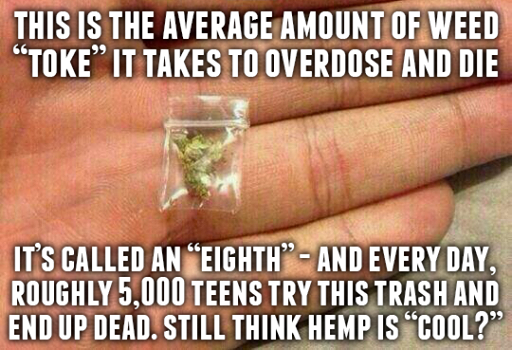 With KSTP/SurveyUSA’s polling showing that 68 percent of Minnesotans favor the legalization of medical marijuana, it’s not surprising that Republican supporters of the legislation like Pat Garofalo are hoping to blame all DFLers for impeding passage of state representative Carly Melin’s (DFL-Hibbing) HF1818 (and the overflow bill) and the companion bill offered by Scott Dibble (DFL-Minneapolis).

In a column first published in the Northfield News on Wednesday, and reprinted in the Star Tribune Friday evening, Garofalo conflates Governor Dayton’s reluctance to break a pledge to law enforcement with all DFLers. It’s part of his pattern of trolling– and someone on the op-ed page must have been impressed enough to reprint it.

Two days after Gov. Mark Dayton chided lawmakers for “hiding behind their desks” on the medical marijuana issue, a bill to give some patients access to cannabis got its first hearing Thursday in the state Senate.

The Senate’s Committee on Health, Human Services and Housing ultimately tabled the bill without taking a vote. Debate is scheduled to continue after legislators return to the Capitol on April 22 following the Easter-Passover break. . . .

Dibble said he believes the legislation will win approval from a series of Senate committees and be granted a floor vote by Senate leaders.

“An initial read is that, yes, we do have the votes to get it through the committee process and up to the floor,” Dibble said after the hearing. “I don’t know where the votes are on the floor. I suspect we have the votes on the floor — it seems like we do — but (I) haven’t done a formal nose count.” . . .

It’s curious how bringing a bill before a committee and predicting that it has the votes to pass is impeding, but perhaps that’s the color of the partisan sky in Garofalo’s world.

But least Garofalo is an established supporter of medical marijuana, having voted for the bill Pawlenty vetoed when a DFL-controlled legislature placed it on his desk in 2009.

Other Republicans who are speaking to the press about the public’s sentiment in favor legislation of medical marijuana cannot say the same thing. Take Julie Rosen (R-Vernon Center) for example. Asked by KSTP 5’s Tom Hauser about public opinion, Rosen’s position seems malleable (transcription, as the text isn’t in the online copy):

Senator Julie Rosen is also a skeptic, but wouldn’t discount public opinion voiced in our poll.

“It’s compelling and I do believe that medical marijuana can used for specific reasons, but we have to make sure that we do this properly.”

That response is quite a bit differentfrom what she said earlier the same day in committee when Senator Dibble’s bill was being heard. Davis picks up a sound bite:

Sen. Julie Rosen, R-Fairmont, picked up on the point by saying more teens are smoking marijuana now than cigarettes.

“If you want to get your hands around the issue of kids smoking, and you’ve got legalized marijuana in your backyard, there are a whole set of issues …,” Rosen said. “This is a Schedule 1 drug.”

For the uninitiated, under the Controlled Substance Act (CSA) Scheduling, the Drug Enforcement Agency (DEA) defines a Schedule I drug as:

Schedule I drugs, substances, or chemicals are defined as drugs with no currently accepted medical use and a high potential for abuse. Schedule I drugs are the most dangerous drugs of all the drug schedules with potentially severe psychological or physical dependence. . . .

Let’s recap: before hearing the poll results, Rosen stated in committee that marijuana is a drug with no currently accepted medical use. But stick a microphone and camera in her face, along with favorable polling data, she so does believe medical marijuana can be helpful.

For contrast, here’s her entire committee remark, courtesy of The Uptake:

Nor is this remark an outlier: in March 2014, Rosen told the Minnesota Medical Association’s The Physician’s Advocate:

. . .“I am absolutely, 100 percent opposed to legalizing marijuana,” she says.

Some argue that medical marijuana can provide relief to people living with chronic pain. Rosen, however, says she believes there are other viable options. And that’s where the medical community can contribute to the debate.

And during the Pawlenty years:

One law maker, Sen. Julie Rosen, decided to invoke the flawed “gateway theory” by saying “Marijuana is not an herbal medicine. It is a gateway to drugs. I don’t even know why we are debating this!”

Rosen isn’t an isolated Republican voice against legalizaing medical marijuana. While gubernatorial candidate Dave Thompson seems piable in the KSTP clip, he and the other Republicans competing to challenge Dayton do not support the Melin and Dibble companion bills–nor Garofalo’s amendment to the health care bill.

Among them, only state Sen. Dave Thompson and Hennepin County Commissioner Jeff Johnson say they are open to the possibility of signing a bill. Neither supports the plan currently before lawmakers. Johnson says he’d demand a bill with strict access and prescribing techniques.

But as the “Legislation” page of Minnesotans For Compassionate Care points out, support for medical marijuana in the Minnesota legislature in 2013-2014 and in 2009 (see the “Supportive Legislators” sidebar on right column of the page) is broad and non-partisan. As in 2009, under a Republican governor, the veto pen, held now by a Democratic hand, is the impediment–not a party. (Some DFLers-Rep Kim Norton (DFL-Rochester) comes to mind–support the governor’s law enforcement backed proposal for a limited study, rather than the Melin or Dibble bills).

It’s hard to conclude that Garofalo’s doing much else in the column than his trademark trolling.

We wouldn’t want to call that Republicans impeding medical marijuana legalization in Legislative Session 87. Oh no.

Photo: Marijuana, a Schedule I drug. Meme from the Marijuana MAKES You Violent Facebook page.