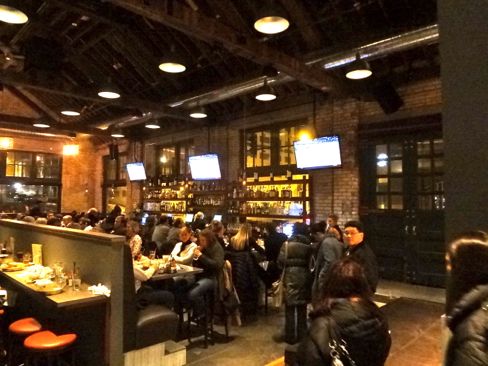 I love the original Smack Shack—the food truck that parks downtown on Marquette Avenue during the warmer months and sells lobster rolls and shrimp po boys. The lobster rolls are delicious, and there is definitely a huge cool factor to a gourmet food truck. A food truck isn’t literally a shack, but it’s kind of the same idea—great food, no frills.

I also loved discovering that I could have Smack Shack’s food at the 1029 Bar in Northeast Minneapolis (except for Mondays). The 1029 Bar isn’t a shack, either, but it’s the kind of funky neighborhood joint that has karaoke, pull tabs, and dozens of their customers’ autographed bras hanging from the ceiling.

The lobster rolls are as good as ever, but I gotta say, I didn’t have quite as much fun at the new Smack Shack restaurant at 603 North Washington in Minneapolis’s Warehouse District.

Part of it was probably my fault, for showing up on a Sunday night without a reservation. They don’t keep a waiting list, so walk-ins just have to grab the first seat in the bar area that opens up—which, in our case, was a back counter facing a low gray divider. (See the lower left-hand corner of the photo at top.) The place was packed. I might be a little high-strung, but I found the constant flow of customers and servers past our counter and the high-decibel soundtrack kind of stressful. (On a return visit at lunchtime, the place was less busy and much calmer.)

In place of the blue collar charm of the 1029, the new Smack Shack gives off a hipster hot spot industrial vibe: design-intense with lots of aluminum and steel and exposed vents and beams. As you enter the restaurant, the first thing you see is a giant stainless steel open lobster cooking cauldron that looks like something David Cronenberg might have dreamt up for a lobster horror movie.

Item for item, prices are a couple of bucks higher at the new Smack Shack than at the 1029 Bar, but the expanded menu also offers some more expensive options, like the whole lobsters. These are priced at $29.95 per pound on the dinner menu ($24.95 at lunch), but since they start at 1 1/2 pounds, you can expect to spend at least $45 for a lobster with all the trimmings: corn on the cob, red potatoes, Polish sausage, cole slaw, griddled milk bread and drawn butter. A bartender suggested that two diners could share a lobster, but by my calculations, a one-and-a-half-pound lobster only has about six ounces of meat. Add-ons include half a pound of steamed mussels ($10), five jumbo shrimp ($11) or a dozen steamed clams ($12). 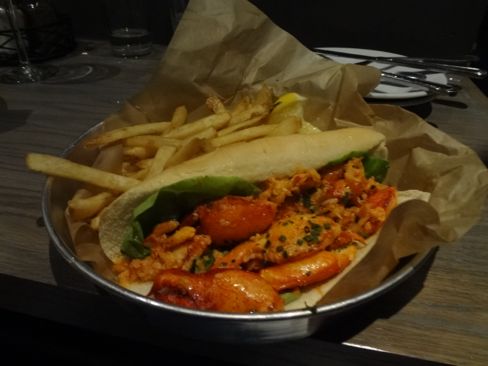 Of the items I tasted, the lobster roll was delicious—we tried the Connecticut-style warm version ($17.95) instead of the original chilled lobster salad version ($15.95)—and I enjoyed the shrimp po boy ($12.95), but I was less impressed with some of the other items on the expanded menu. 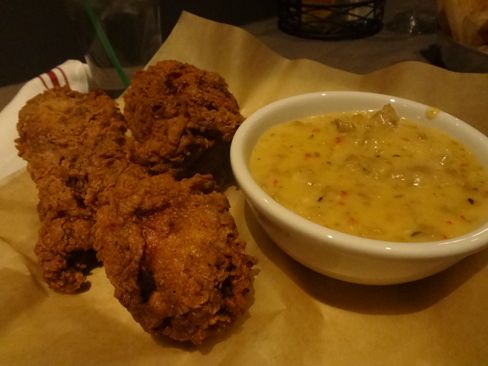 The southern fried chicken ($11.95) was like KFC extra crispy on steroids (not literally!): bigger and meatier and juicier and crunchier than the original, served with a huge bowl of sausage gravy. Also a bit salty. And I was underwhelmed by the mahi mahi tacos (two for $7.95): little cubes of fried fish smothered in so much corn salsa, cabbage, avocado and spicy mayo that the flavor of the fish was overwhelmed. The Boston clam chowda ($4.25/$5.95) was a pretty standard thick paste with lots of potato and occasional bits of what tasted like canned clam, and a little hint of tarragon. 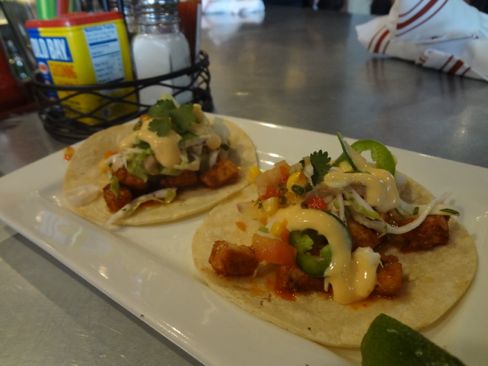 Bottom line: I love the Smack Shack’s lobster rolls (the original kind and the new version) as well as their shrimp po boy and shrimp baskets, and I’m looking forward to eating more of them—at the 1029 Bar.

Also by Jeremy Iggers: Checking out the food trucks: World Street Kitchen, Smack Shack, and Dandelion Kitchen (May 2011) and The 1029 Bar in Northeast Minneapolis: Smack Shack’s Home Away From Home (July 2012).