Iran stands today isolated like no nation before, at least since electronic banking became the standard. They have been cut off from Swift, the Society for Worldwide Interbank Financial Telecommunication, and so money can’t enter or leave the nation except that which is carried over the border manually. This come in response to their failure to allow an inspection of their nuclear program.

How Iran came to be contained so tightly and so quickly may set a new precedent for dealing with rogue nations. But the process for doing this is not what most people ever expect. 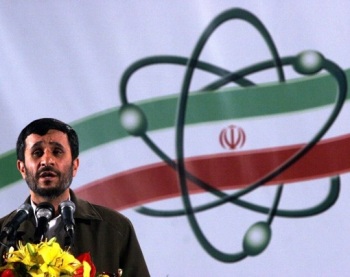 Iran has been going back and forth for decades with the representatives of the “six powers” that have been commissioned to supervise its nuclear program – United States, China, Russia, France, Germany and Britain. The program was originally set up with US help under the Shah in the 1950s in order to provide electric power and cancer treatments. Since the Iranian Revolution in 1979 there has been a growing suspicion that this program is going to be used to develop nuclear weapons – the facilities have not been thoroughly inspected since. In 1981 one of their reactors was destroyed in an Israeli airstrike.

There are few more contentious issues around the world than nuclear proliferation, and in this case there has been actual shooting in the effort to prevent it from being developed. Tightening sanctions imposed since 2007 have seemed like a weak response to many nations.

Enter the first ever complete cutoff of a nation by Swift.

Swift, based in Belgium, is nothing more than a messaging protocol over very secure lines that allows banks to speak to each other in complete confidence. It is up to the banks that use it to be sure that everything is square, but without these secure lines there would be no international banking system. The majority of international transfers from one bank to another use Swift, but more importantly all of the large transfers between national banks are done on this system. It processes 15 million messages per day, and has been called “The glue that holds the global financial system together.”

It is a very independent operation that operates largely outside of international supervision. In 2001 it cooperated with the US to track transactions between terrorist organizations, but that was discontinued when it was deemed to be a violation of Belgian and European privacy laws. There is a rather secretive process now in place where US authorities can obtain something like “warrants” to very selectively track some transactions.

The action that was taken against Iran was forced on Swift because the European Parliament voted to impose sanctions over the inspections standoff. Action by the US did not cut off Iran, nor did a vote in the UN. It takes the EU, and the EU alone, to isolate a nation from the world financial system.

Iran survives almost entirely on its ability to export oil, so this is a crippling move. After decades of playing around their hand is being forced in a very draconian way. Nations like China have said that they intend to keep buying oil from Iran, but without a way to pay them it is hard to imagine how this is going to happen. No one knows just how the embargo will play out because it simply has never happened before, but it has to hurt.

Morteza Masoumzadeh, a member of the executive committee of the Iranian Business Council in Dubai and managing director of the Jumbo Line Shipping Agency, told the Reuters news agency: “If Iranian banks cannot exchange payments with banks around the world then this will cause the collapse of many banking relations and many businesses.” The pressure on the Iranian government has intensified dramatically with this one crucial step.

What does this mean for the future? If this becomes a standard response to EU sanctions against a nation there is little doubt that the power of Europe has increased dramatically – even as they work to keep their union together through the sovereign debt crisis. But it certainly begs the question as to why this has not been done before and, more importantly, how this will continue to work in the future. It is almost certainly more powerful than bombing or any of the action contemplated by the US through our State Department, on the campaign trail, or by talking heads on teevee. And it completely out of US control, outside of our ability to leverage oil reserves.

Time will tell how effective the embargo by Swift really is, but initially it seems that it can only be devastating. That, by itself, would be both a victory for the international community and a very new cause for concern at the same time.