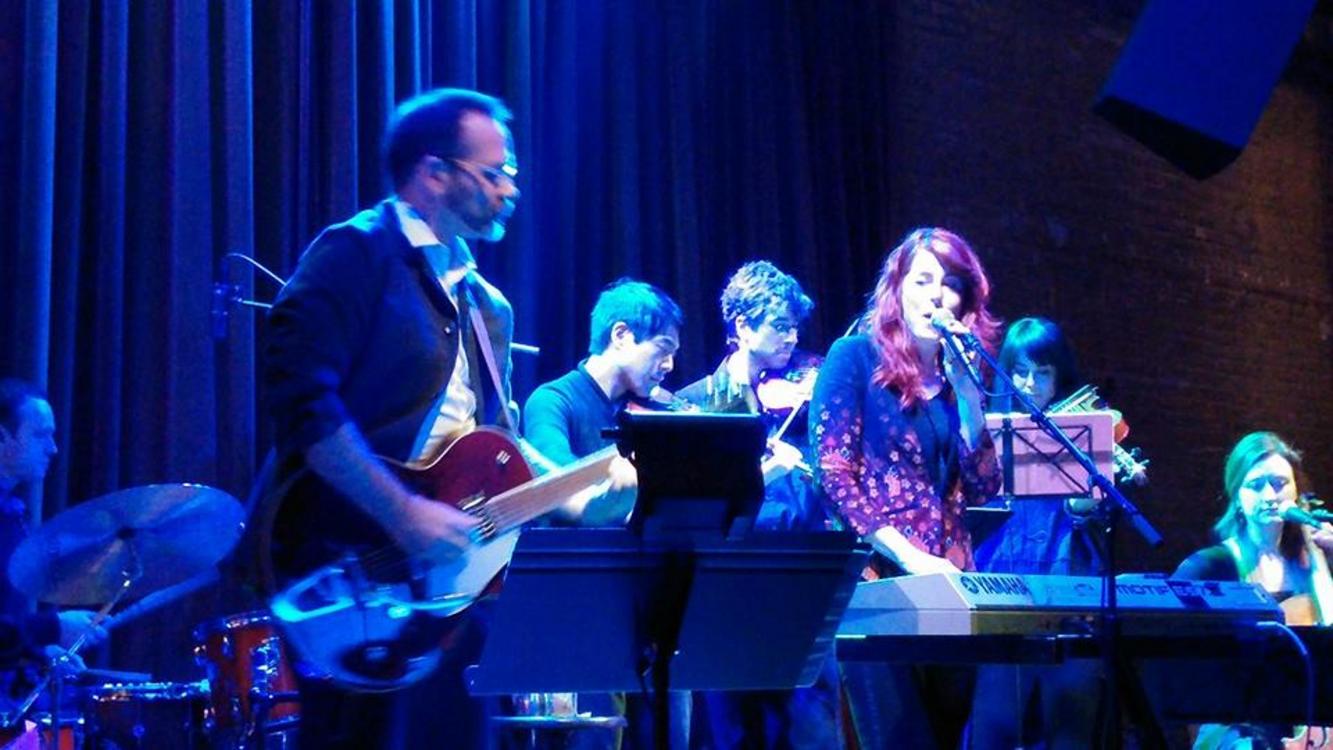 Natalie Lovejoy welcomed a sold out crowd to “slow, luscious music” at the Icehouse on Sunday night. She was there to introduce us to her third album, Hiding in the Light. The stage was as crowded as the house with as many as nine people on stage. I have to say, a string section on stage is worth the squishing!

Lovejoy opened with House of Coates, which has an undercurrent of dance music but it’s a song, like all of her songs, that tells a story. She played a number of songs from the new album.

“Would You Be Happy” has the potential to a big song for Lovejoy. It has a harmony and a catchy tune and a sad story. It’s a summer beat for a winter tale. Her voice is just this side of being too big for song, which adds a compelling tension. Her producer, Andy Thompson, also works with Jeremy Messersmith and I think the influence shows in the song. Contrast that with a song like Fool where Lovejoy’s torch singer voice shines; it’s low and slow and imploring.

“Demolition Derby Queen” takes another twist – no imploring here. It’s a powerful song; it reminds me of the Irish Rockabilly torch singer Imelda May. Lovejoy’s voice sounds like a 1950s pinup looks. This is the song I could put on auto-repeat for a long time.

Lovejoy is fun to watch on stage. She’s gracious. We were introduced to her daughters and her mother. She made time for a personal introduction to everyone on stage. There was a lot of love for her in the audience. She ended the night with “Nobody Does it Better,” another great showcase for her voice.