Sleigh Bells are one of those bands that tread the fine line between brilliance and hype. Their Treats album exploded over a year ago in May 2010, and Sleigh Bells emerged as the undisputed leader at the forefront of the noise-pop music scene. They have been riding the waves of their success—brought to them largely by the blog-favorite (and radio-friendly) tracks “Crown on the Ground” and “Tell ‘Em”—since then, touring endlessly and selling out bigger and bigger venues with each return visit.

This latest move—from their sold-out Triple Rock show in October to their sold-out First Ave show on May 19, with a well-played quadruple-bill featuring sets from Princeton, Neon Indian, and CSS—marks both their transition and their direction as they prepare for their second full-length LP, tentatively due out in January 2012.

But hype or no hype, Sleigh Bells put on quite the set. Alexis Krauss and Derek Miller are, together, a mother’s worst nightmare—a devil’s answer to sensitive folk-pop. The music of Sleigh Bells punches you in the face with an unmatched ferocity. Krauss’s bubblegum soprano is a dazzling and lucky match for noise; it’s no wonder that Sleigh Bells caught on so quickly.

Still, at times, it seemed like the band were relying on their volume to impress the crowd. And it did impress (though with Sleigh Bells’ current fan base, that may not be hard—if “hipster” is a dirty word, we’ll need to invent something new to describe the painfully self-aware, oh-so-casually urban-cum-destitute sub-genre of Generation Y), but perhaps not enough. The set was a brisk 40-something minutes, and while thrilling—Krauss body-surfed, Miller looked vicious—it seemed inconclusive. Or maybe it’s just that everything that was supposed to happen did—the skin-tingling beats, the adulating audience ready to tear the Bells jersey right off Krauss—and that is simply how a Sleigh Bells show rolls. The duo did play a new song, and it was probably the loudest thing I’ve ever heard in my life—again wedging themselves firmly in their genre.

I would be remiss to overlook CSS in this review, because to be honest, the set put on by the Brazilian rave-rockers was, in some ways, more fulfilling than the delivery of Sleigh Bells. The band (whose name stands for “Cansei de Ser Sexy”—“got tired of being sexy” in Portuguese) played for an hour, effectively riling up the crowd as the lead singer, Lovefoxxx, engaged in a slow, partial striptease and blasting through their guitars (and keytars, for that matter) with all the enthusiasm you would expect a punkish, underground rave band to play with.

If it were any other band headlining besides Sleigh Bells, I would say that CSS stole the show—they had more energy, they played to the crowd, they had fun—but if the crowd was wild for them, they were apoplectic (in a good way) when Sleigh Bells hit the stage. It may be that point in Sleigh Bells’ career where they can do no wrong; in which case, the louder the better. 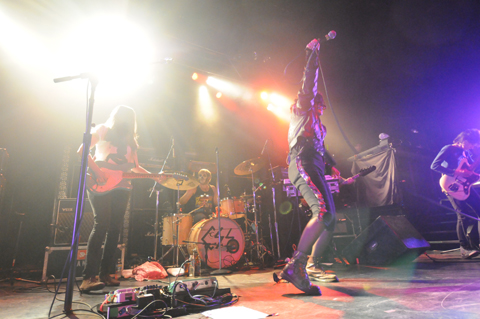 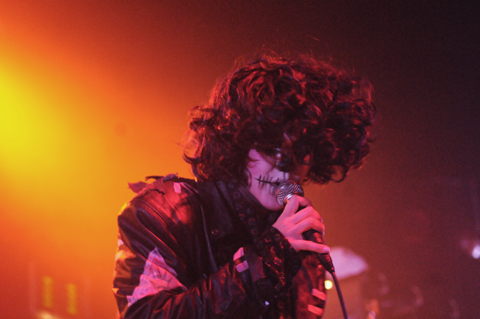 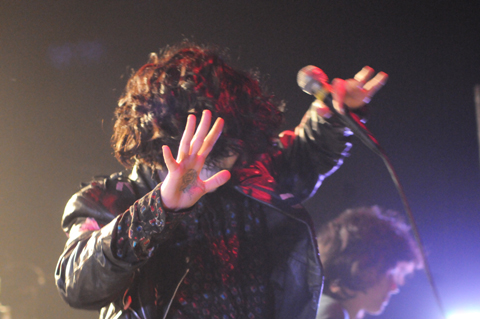 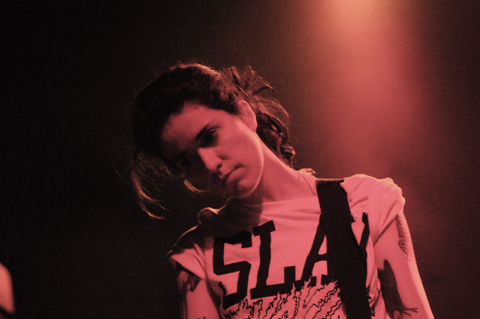 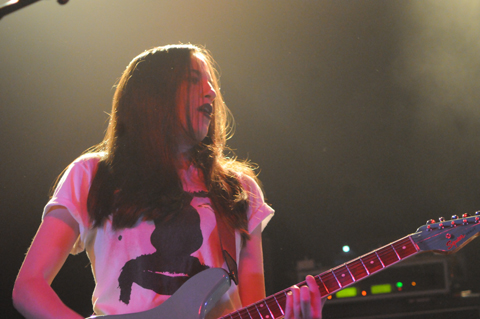 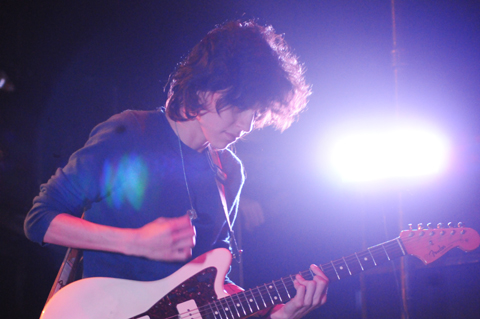 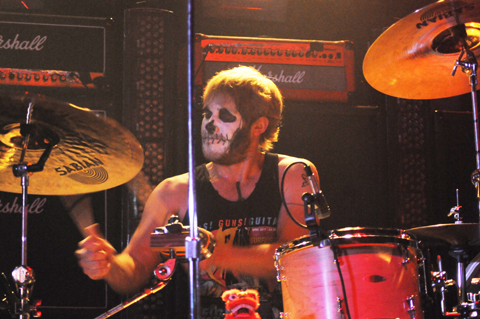 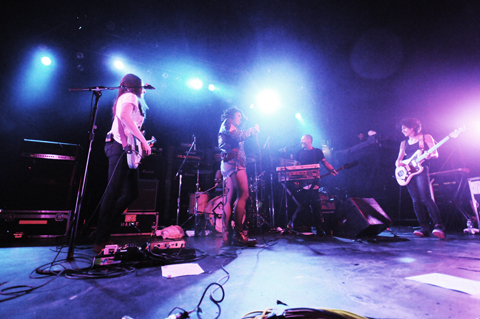 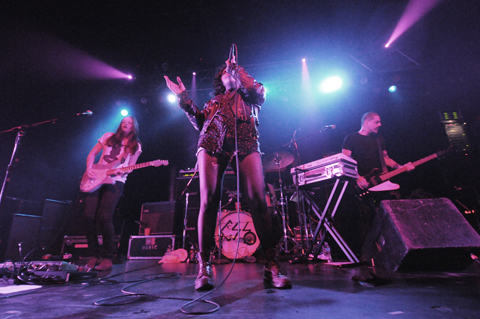 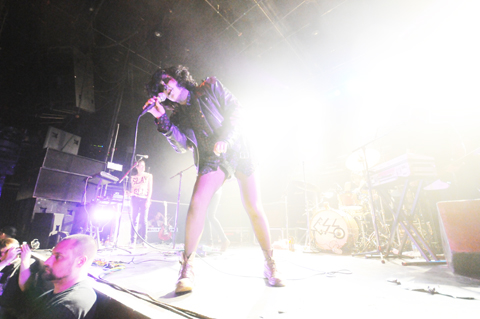 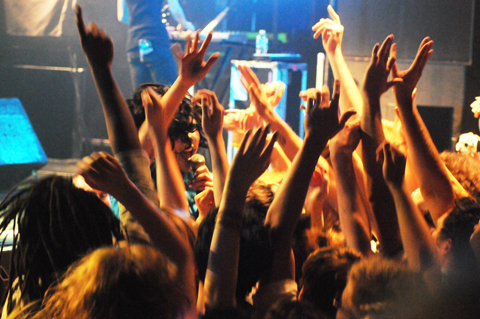 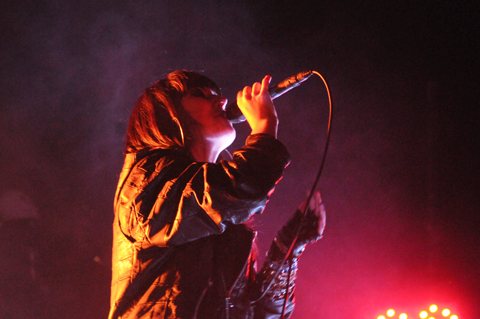 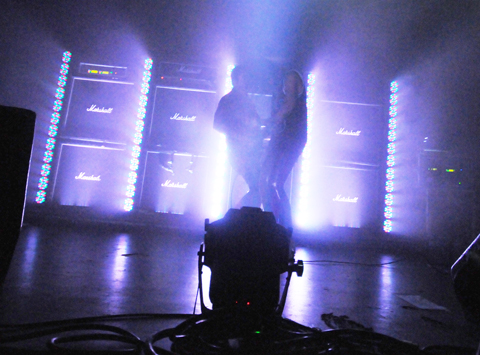 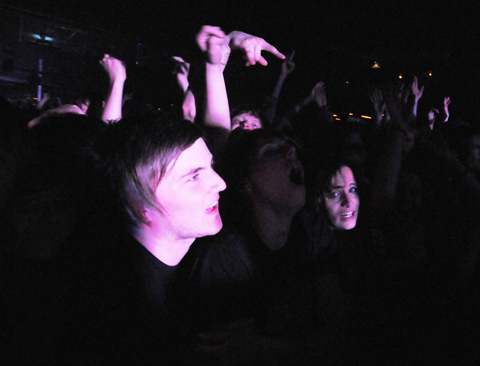 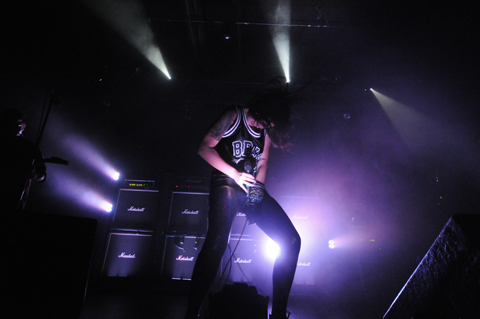 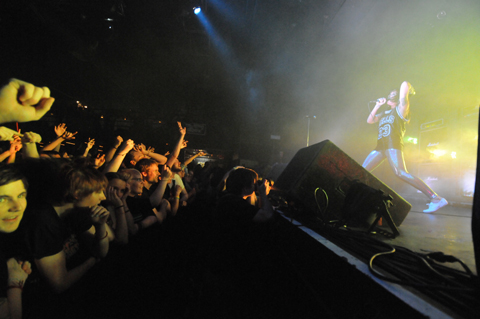 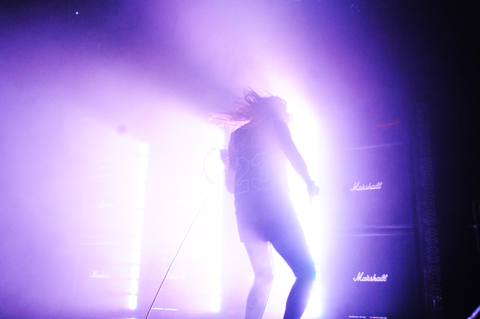 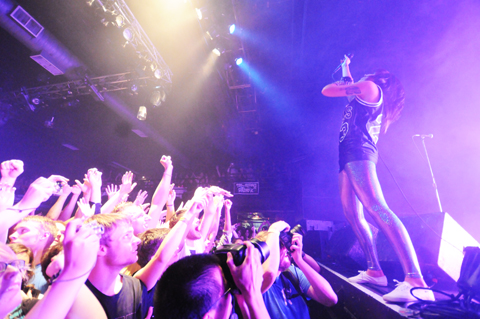 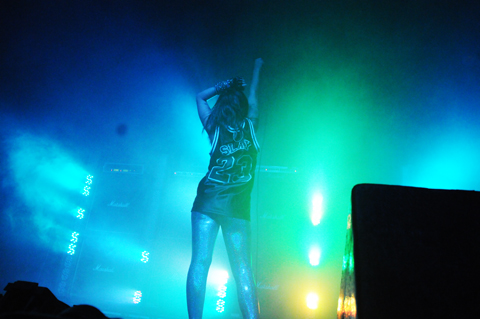