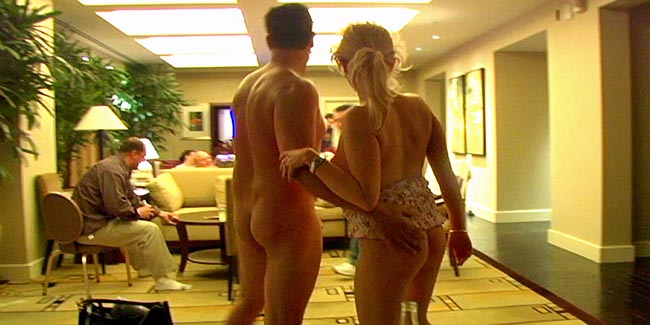 Started in 1995 by filmmakers tired of getting their films rejected, the Slamdance Film Festival takes place from January 20-26 on the busiest street in Park City, Main Street (across the street and only a few hundred feet away from Sundance’s Egyptian Theater), at the top of the hill in the Treasure Mountain Inn, with two screening rooms, a filmmaker lounge, and a small restaurant/bar at the end of the hall. The whole set-up is very inviting and quaint.

The 2012 Slamdance Film Festival will surely have numerous bonding moments. I’ll always remember my first such moment from 2008: I’d only been in the T.M.I. for about ten minutes and I was invited to a cast/crew party after seeing my first-ever Slamdance film. Slamdance has screened some great films over its 18-year history (Paranormal Activity, Following, Mad Hot Ballroom, and The King of Kong, to name a few). They throw some great parties (the past couple of opening night parties have been a blast) and manage some crazy events (the traditional filmmaker sled-off and the ever-popular hot tub social, which seats 30+ people and is a fun meet-and-greet event with actors, filmmakers, and Slamdance staff members) during the weeklong festival.

I always leave impressed and surprised by films screening at Slamdance.  Two years ago it was Alexandre Franchi’s dark fantasy The Wild Hunt (and he’s returning with a documentary short this year, Franchi is Back), and Ben Wheatley’s crime dramedy Down Terrace; last year it was Simon Arthur’s twisty thriller Silver Tongues and Mark Jackson’s psychological drama Without, which is tops on my 2012 list of favorite films in this young year.

Of the 30-plus features and 55 short films screening over one week, there are plenty that I’m looking forward to seeing. A few big names are screening films at Slamdance, including Academy-Award-winning director Jonathan Demme (The Silence of the Lambs, Philadelphia), who will be screening his latest documentary, New Young Journeys, his third collaboration with musician Neil Young. Both will be giving a free master class, talking about their film careers and experiences in the music and film industries. The other master class will feature legendary American comic book icon Stan Lee (co-creator of characters such as Spiderman, The Hulk, and X-Men) associated with a screening of the Stan Lee documentary With Great Power: The Stan Lee Story.

Having seen three films on the 2012 Slamdance slate (one documentary and two features) so far, there are many more that I have my eye on. Writer/director Pema Tseden, a Tibetan filmmaker now working in China, is presenting Old Dog, which sounds to be a real tearjerker and will most likely feature stunning cinematography. According to a synopsis from the Slamdance website: “On the high Tibetan plains, an old shepherd will do anything to prevent his Tibetan Mastiff from being sold to an urban Chinese dealer.”

Another feature film, Welcome to Pine Hill, by first-time writer/director/editor, Keith Miller, involves a reformed drug dealer played by newcomer Shannon Harper and Miller himself. The film “tells the unique story of friendship, race and self-discovery, as newcomer Shannon Harper, straddles the world of fact and fiction, documentary and narrative looking for a lost dog one night in Brooklyn.”

There are four documentaries that I’m looking forward to seeing, including No Room for Rockstars by Parris Patton, produced by filmmaker Stacy Peralta. It’s “an intimate portrait of four very different musicians as they endure the notoriously brutal Vans Warped Tour.”  Another music documentary, Roger Paradiso’s I Want My Name Back, focuses on “former original members of the Sugarhill Gang, Master Gee and Wonder Mike, come back to reclaim their names, as they were responsible for the hip-hop hit song, ‘Rapper’s Delight.’”