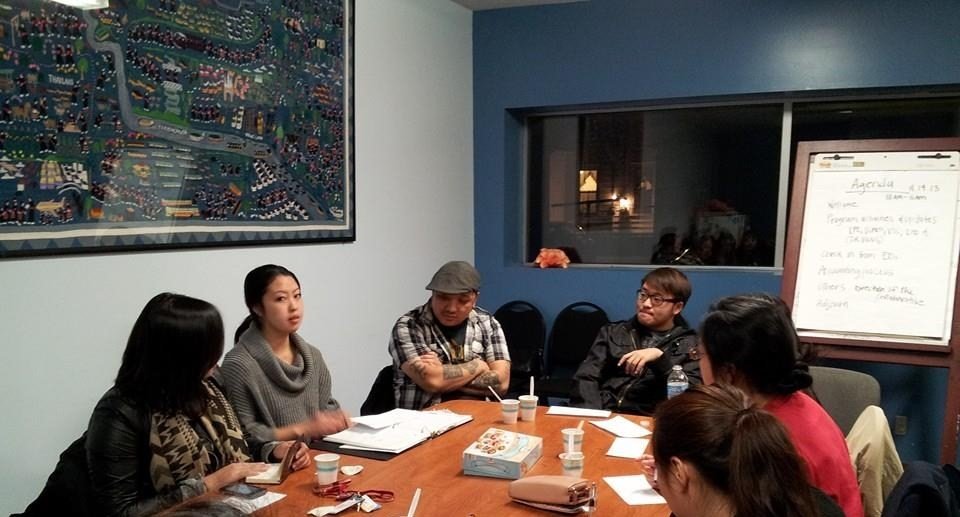 Historically, the Hmong community has had one of the lowest voter turnouts, but with outreach campaigns there have been considerable advances made in increasing a Hmong voting bloc in Minnesota.

While Hmong Americans have faced cultural perceptions that voting makes no difference in the past, the Hmong population in Minnesota has the potential to make a large impact on elections this year, and could greatly benefit the Hmong community, given high voter turnout. So, here are six reasons why Hmong Minnesotans should vote this election year.

1. Minnesota is home to the second largest Hmong population in the U.S.

It’s no secret that Minnesota has a large Hmong population.

According to 2010 census data, 66,181 Hmong Americans reside in Minnesota, putting the state second behind California for largest Hmong population in the United States. That also means there’s a large potential for the Hmong community in Minnesota to be an important voter bloc for local politicians, but the keyword above is “home.”

The Hmong narrative has majorly been about their involvement in the Vietnam War with the C.I.A. and repatriation of refugees to Laos or Vietnam. This common narrative has shaped the structure of Hmong organizations, clans, culture, and leadership in the U.S.

But despite the strong connection to Laos and Vietnam, especially from elders and leaders, the Hmong community in Minnesota is here to stay; it is now their home.

Recent college graduate Selue Kazoua Yang said she believes that voting is very much a part of the past struggles of the Hmong community. “Our ancestors sacrificed and fought in order for us to be free and lead a better life,” she said. “Having freedom and liberty is a great power to have, especially coming from a country where we didn’t have a voice.”

By turning out to vote, the Hmong community will be able to shape policy, influence who gets elected, and invest in their communities. But it will also further a narrative that second generation Hmong Americans can contribute to and influence the future of the state in their own way.

According to 2010 census data, 29 percent of Hmong workers are employed in the manufacturing industry, higher than the U.S. total at 11 percent. This makes the Hmong population particularly vulnerable to losing their jobs or finding competitive salaries, as the manufacturing industry continues to move overseas and disappear to evolving technology.

In terms of income, Hmong men earn a median annual income of almost $16,000 less than other U.S. populations. And Hmong women earn $3,000 less median annual income than Hmong men. The barriers to employment and living wage jobs for the Hmong community include lack of education or job training, and access to training programs for long-term unemployed or unskilled workers.

Electing officials to address these equity issues can only happen if Hmong Americans turn out to vote this year and hold those elected officials to their promises.

Poverty in all its forms, whether it’s education, health care, or housing, deeply impacts the Hmong community. Whether it’s growing up in public housing, or living in a house too small for your family, or working a job that doesn’t pay a living wage, most Hmong Americans have experienced or seen poverty firsthand at some point in their lives.

According to 2010 census data, 40 percent of the Hmong population lived in poverty in 2000. By 2010, that number decreased to 25 percent. That still means 1 out of 4 Hmong Americans live in poverty.

Poverty is not so much an individual experience, but a social problem. By making these issues important to voters, it becomes important to elected officials who can help alleviate problems by improving social services and legislative change.

If Hmong Americans know anything about their cultural history, they know that their practices have been changing drastically.

In the last 50 years, the Hmong culture has been impacted by war, militarization, violence, democracy, American culture, and Christianity. Today, there isn’t anything more visible to the Hmong community than the breakdown of family households and high divorce rates.

More than 61 percent of the total Hmong households are maintained by married couples, according to 2010 census data. But there is a growing rate of divorce in the community over the years, and divorce rates among Hmong Americans has doubled in the last decade.

Minnesota also has the highest proportion of divorced Hmong in the U.S. This is important because the most impoverished families are female-headed households, which are increasing in the Hmong community. This means that social services, good jobs, affordable housing, and education become essential for single mothers.

Large women’s movements remain unseen in the Hmong community, but that could change through political engagement whereas it may be met with barriers within the Hmong clan system.

Minnesota is going through major demographic changes, including the Hmong community.

“I’ve always lived with the point of view that to do nothing is to gain nothing,” said community organizer and social worker David Yang. “We gain nothing by being apathetic in voting.”

Yang said the Hmong community has already gained much from voting, such as the Hmong Veterans Naturalization Act of 2000, which allowed for up to 45,000 Hmong immigrants to apply for citizenship by waiving English language and civil knowledge requirements.

“I would challenge all you to take part in your civic duty to make a lasting impact for yourself, your family and for the Hmong community,” he said.

When Hmong Americans vote, it’s important to see that ‘voting’ is a means to an end. The end is not so much about a politician getting elected, but that the community’s vision and dreams are one step closer to coming true. Remember that voting is only a small part of civic engagement, but it is a starting point. Know anymore reasons why you think Hmong Americans should vote? Share it below!