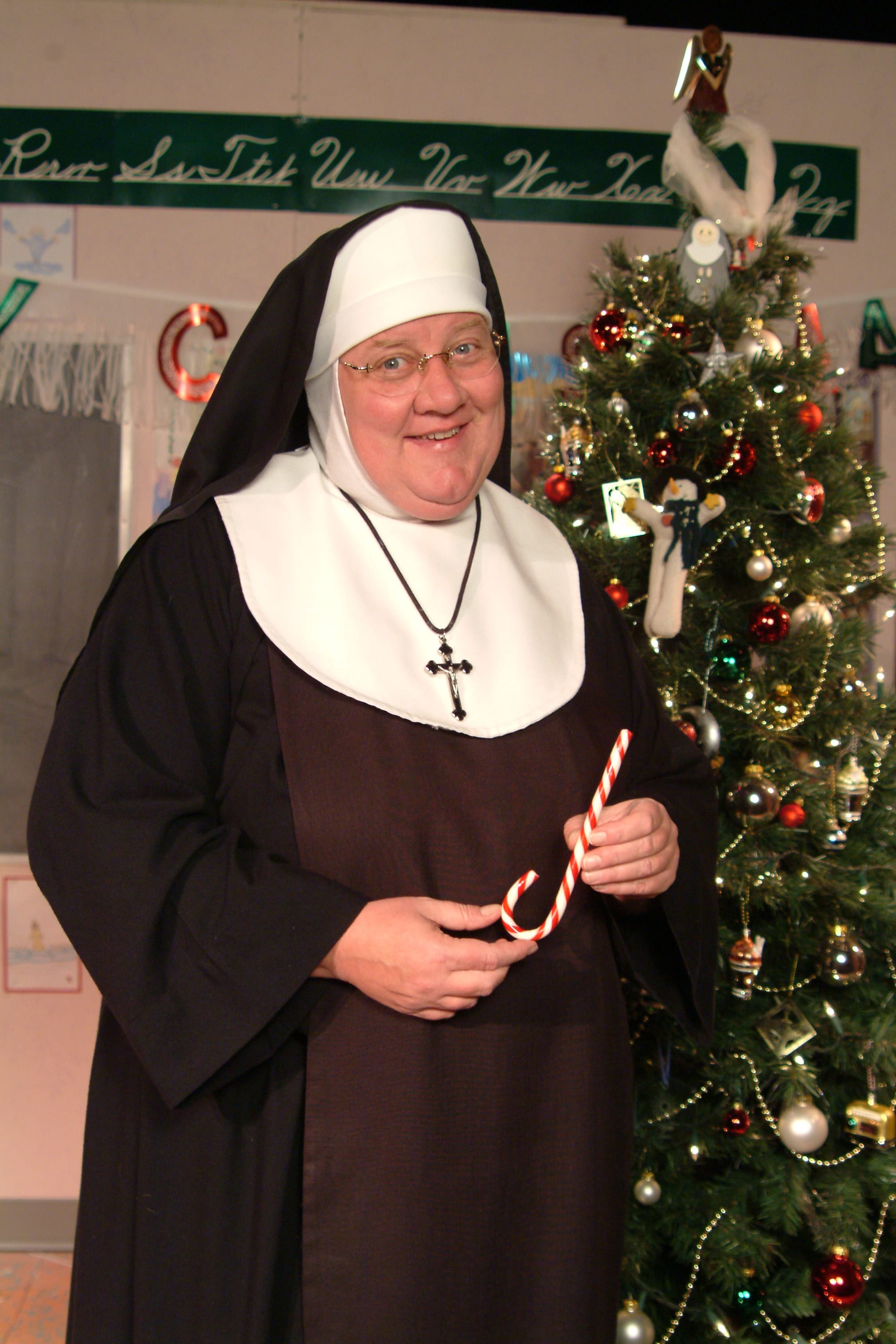 Be on time if you are attending Sister’s Christmas Catechism: The Magic of the Magi’s Gold, or be prepared to face Sister’s wrath. This is doubly true if you are Lutheran. But inevitably someone walks in after the performance begins and the poor victim’s fortune becomes the opening joke in this latest incarnation of Late Nite Catachism shows by Entertainment Events Inc., which opened last week at the Ordway McKnight Theatre.

If you are unfamiliar with the Late Night Catechism shows, the premise is that the audience is attending a Catholic school class run by a no-nonsense nun who teaches catechism and essentially does stand-up comedy. It is an interactive performance with audience members often providing much of the laughs with their responses to Sister’s questions. This latest installment in the series is written by Maripat Donovan (who originated the role of Sister in the original Late Nite Catechism), Jane Morris and March Silvia. In the Ordway production the role of Sister is played by Kimberly Richards.

If you attended a Catholic elementary school, you definitely should experience one of the Late Nite Catechism shows. If not, bring a former Catholic school student with you to get the most out of it. I saw the original Late Night Catechism over ten years ago and I remember non-stop laughter. Sister’s Christmas Catechism definitely has its funny moments, especially when Sister is explaining the life story of Mary, the mother of Jesus. Richards does an excellent job of playing Sister, never once falling out of character and the first half of the program is clearly the best. But the action gets stalled for a while in the first half when Sister asks the audience who has a holiday birthday and then proceeds to take about ten minutes to award each birthday person with a present. This lag in the action becomes more pronounced in the second half when Sister picks various audience members to be part of the Nativity Scene and then dresses each of them to play the different roles  It took on the campy feel of a participation show at a movie studio theme park. By the time the nativity scene is cast and dressed, the crime drama revolving around the theft of the magi’s gold is anti-climatic. In the end, it seemed that about half of the show was just filler.

Overall, this show was not as enjoyable as the original Late Nite Catechism. However, it should be noted that the mostly older audience (if the average age of the audience members is greater than my advanced age, it is definitely an “older” audience), appeared to love the performance with many audience members hooting and hollering throughout, obviously reveling in the nostalgia of Catholic schools. At the end of the production, dig deep into your pockets as Sister will be standing at the exits with a bucket collecting for the worthy cause of helping retired nuns who, after years of religious service to others, now need financial support in their advanced years since they do not qualify for Social Security benefits.