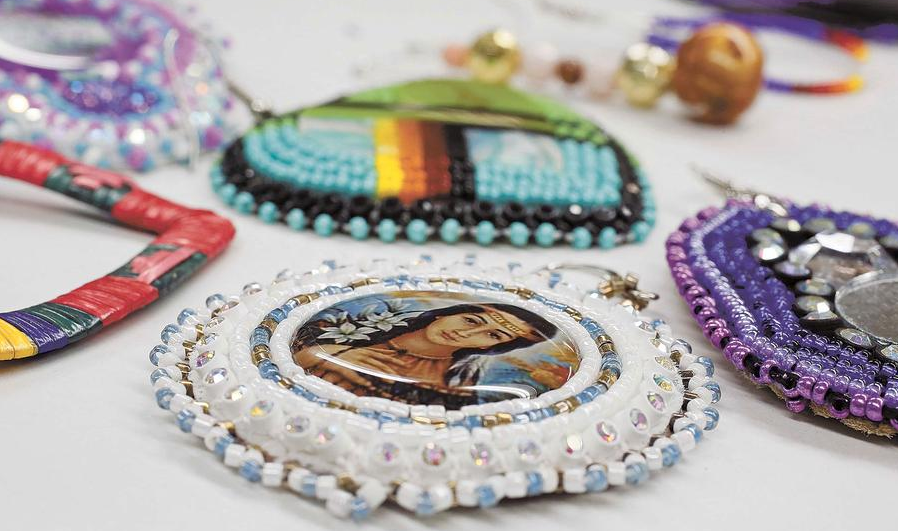 The smell of roasting espresso and justified indignation greeted visitors of the Pow Wow Coffee shop, and adjoining All My Relations art gallery on Friday, April 10th. In collaboration with the Sing Our Rivers Red (SORR) foundation, All My Relations Arts and the Native American Community Development Institute are asking people to donate earrings a part of the SORR Traveling Earring Exhibition. SORR is a foundation dedicated to raising awareness for missing Native American women in Canada and the U.S. Event organizer Susan Horne detailed an example in the death of “August Osage County” actress Misty Upham.

“She went missing, and the police questioned her personal state of mind more than they spent time actually looking for her. When the coroner finally released the report, it was ruled a homicide due to blunt force to the back of the head.

“Since then, they haven’t covered that it was a homicide, that she was ultimately killed. And it’s stuff like that… this is a Native American woman, 32 years old, goes missing, nothing is accounted for. This isn’t just Native American women, this is happening everywhere.” said Horne.

Over 3,406 earrings were donated from over 400 people, organizations and entities from 6 provinces in Canada and 45 states in the United States. Each earring symbolizes recognition of the cause and a unique mourning.

“The one-sided earring effort is because as Native women, we love our earrings, it’s our adornment, and when you give something of yourself for something, it’s a representation of feeling that loss,” said Horne.

All My Relations Gallery is hosting The Traveling Earring Exhibition on April 17th, 2015 from 6-8pm. The exhibition will be on the wall for 4 weeks, and there will be a ribbon-tying ceremony and an informational documentary.

For more information about the exhibit: www.allmyrelationsarts.com