A week after Election Day 2012, and the campaign lawn signs are slowly coming down. Whether it’s Nolan or Cravaack, Obama or Romney, Vote Yes or Vote No, the political campaign is over. The people have spoken. Across northeastern Minnesota, however, a few signs will stay up. The mining campaign is still underway. 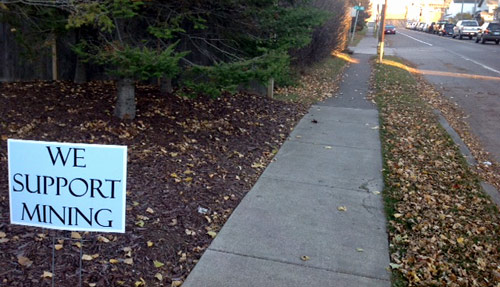 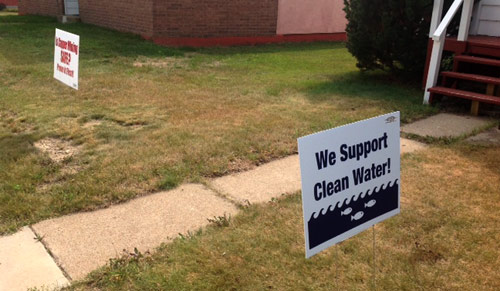 This is the same tired old argument about “jobs versus the environment” transformed into “mining versus clean water.”

How might the election affect the balance between environment and jobs? The previous Minnesota Legislature, led by conservatives, tried to block enforcement of an existing sulfate standard for wild rice waters. The Legislature also tried to reduce funds for environmental agencies up to 66%, hindering their ability to enforce the rules.

Some people are suggesting that the DFL majority will support stronger regulations or more protective standards. But a lot of environmentalists believe that we just need to enforce the regulations and standards we have now, and fund the agencies enough to support that.

Our regulations as they stand, with agencies and citizens backing them up, ought to be enough to allow both mining and clean water, both jobs and the environment.

Maybe we need a sign that reads “We Support Regulations” and “Regulations Support Us.”