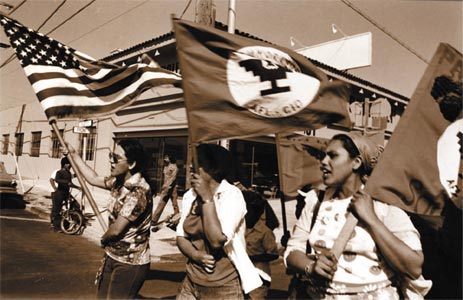 After months of objecting to government regulation, Minnesota state representative Marion O’Neill (R-Buffalo) has finally found one she loves.

Although she voted against HF92, the minimum wage bill, in the House Committee on Labor, Workplace and Regulated Industries and in on the House floor, she’s suddenly enamored of doubling unpaid parental leave to 12 weeks. The Wright County Republican and Regent University grad has offered an amendment to an amendment to SF1509, a bill designating March 31 as Cesar Chavez Day in Minnesota.

Now the subject of a Hollywood, biopic, Chavez was a legendary labor and social justice organizer who secured the first contracts for farm workers. Perhaps O’Neill gained inspiration from Chavez’s ability to gain the first parental leave in any union contract.

Not that she’s a friend of organized labor.

While she didn’t speak up for parental leave before, she certainly is now, along with gutting the purpose of RA14-201, the amendment she’s amending. Representative Rick Hansen (DFL-S. St. Paul), author of RA14-201, seeks to rename the state senate bill the “Cesar Chavez Labor Day” and to pay agricultural workers in Minnesota overtime after they work 40 hours. The latter provision would put the agricultural workers on an equal footing with all other workers in the state (here are the current standards).

Bluestem hasn’t asked Hansen, a friend from the Minnesota Farmers Union, if the amendment was inspired by a recent Doug Grow column, Would a Cesar Chavez Day level the playing field for Minnesota’s farmworkers? But given this passage by Grow, we suspect it might be:

Times and attitudes do change – at least when there’s no money involved.

There’s much that’s remarkable about this. Only a few years ago, any effort to praise Chavez would have drawn some hoots, hollers and debate. After all, Chavez was a rabble-rousing union organizer trying to bring dignity and higher wages to farm workers. . . .

But now to the money portion of all of this.

The very same people who were so willing to observe Chavez Day will almost certainly show little empathy for the state’s farm workers when a minimum wage bill finally is passed.

Most of the state’s wage workers are required to receive overtime when working in excess of 40 hours a week. Farm workers must work 48 hours a week before the overtime clock starts running. In the initial minimum wage proposal from the House, farm workers would also have been protected by the 40-hour week standard. Even the Minnesota Farmers Union has said that the 40-hour workweek should be standard for all workers.

But Big Ag has stepped in, and legislators of both parties are listening to what Big Ag has to say: Farm workers shouldn’t receive the same benefits as workers in other industries.

The irony – vote for Chavez Day, reject a level playing field for farm workers – leaves people such as Bernie Hesse, political director for the United Food & Commercial Workers, shaking heads. “I think they see it as absolution,’’ said Hesse of how politicians can almost universally support a Chavez Day and turn down the very workers Chavez represented.

Mariani agrees with Hesse that there’s some hypocrisy at play in all of this. “There are contradictions,’’ he said. “I would gladly trade the observation (of Chavez Day) for the 40-hour week.’’

The Hansen amendment would undo that false choice.

But O’Neill will force it again–as well as another in what one suspects is a move that’s designed more to force a “gotcha” partisan move to get DFLers on record voting against expanding unpaid parental leave than it is to actually support this expanded mandate on business. 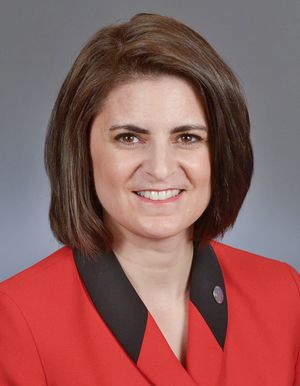 It’s sad that O’Neill has come to this sort of partisan shenanigan. After all, it was only a year ago that she was on Minnesota Public Radio, yearning for more bipartisanship. That now departed spirit of bipartisanship is not all that’s changed for Representative O’Neill.

In a February 4, 2013 House Information Office New Member YouTube interview, O’Neill, who served for years on the local food shelf board, speaks moving about how her husband was laid off when the house bubble crashed.

By the end of the month, February 28, 2013, her story had changed, and she addressed the minimum wage bill only as a small business owner noting how during the house industry crash, her family’s income was reduced by 30 percent. There’s no mention of her husband being laid-off. Irish Setters, the business that she and her husband operate, was established in 2011, according to records at the Secretary of State’s office, so between the lay-off and the lag between establishing the business, the family must have been in dire straits indeed.

Perhaps he had laid himself off from an early business they owned, and that’s what she’s talking about.

An added irony: were farm workers to receive overtime on the same basis as other workers, they might be able to afford to take more unpaid parental leave. But instead, we’ll be treated to O’Neill’s forced choice on the House floor–while Republicans shriek (as they did in the debate on the minimum wage debate on May 3, 2013) that unequal standards for overtime in no way designate unequal status in society. How dare anyone suggest that paying less means that work or the worker is devalued! The cheek!

But there’s more: parental leave has been removed from the minimum wage bill as a bill in the Women’s Economic Security Act (WESA) omnibus package addresses this issue. HF2371, which addresses parental leave, is part of WESA.

Marion O’Neill, freshman state representative from Buffalo, is not a sponsor.

Photos: United Farm Workers who Chavez organized (above); Marion O’Neill, business owner, oppressed by every regulation except this one maybe (below).