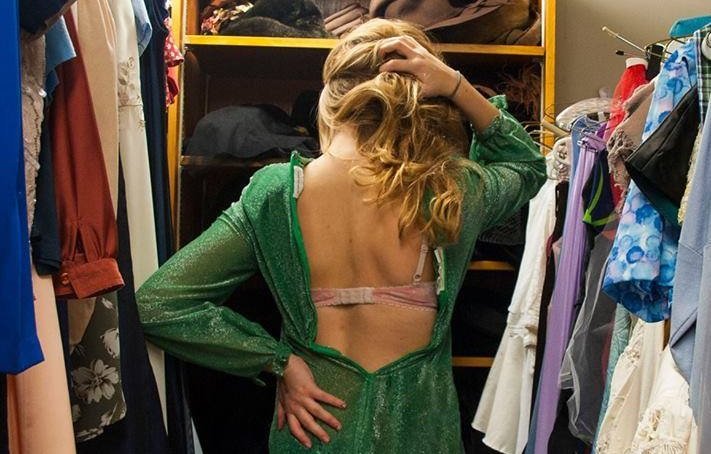 “Being naked should be fun,” said Mollie Wetherall, co-editor-in-chief of Carleton College student’s new nudie mag Skin Deep. “For me that idea is revolutionary.”

The student publication has three requirements for submission. First, they must have no clothing in the picture. Second, the picture must be submitted with the consent of everyone photographed. And third, the photographer cannot be oppressive; in order to combat and draw both racial and gender lines that are seen as problematic.

Co-editor-in-chief Kyle Schiller said he hopes that the publication will raise awareness to issues such as fat and slut shaming. “I’ve spent too much time worrying about the food I eat and the clothes I wear,” he said. “I want to wear what feels good and I want to eat what I love.”

Schiller said he wants the publication to shock people, but in a way that’s body and sex positive. Body image issues and sexuality issues are taken for granted, he said, and things like fat-shaming and slut-shaming promote “a very real system of abuse.”

Carleton junior Allie Dulles said she wants to be photographed for Skin Deep’s first issue. She wants to pose for the magazine to grow her body positivity, she said, and to document a positive phase in her life. “I am hoping that it will exist as a proof for myself and others that it is possible to celebrate a body through honest and vulnerable portrayal,” she said. “And even more so, when that body is not always satisfactory for some reason.”

Dulles said Skin Deep is important because it makes the process of finding self-love seem less impossible. “The publication seems to be the perfect platform for intimate but powerful expressions of what it means to be a human learning to love human bodies,” she said.

Carleton student and Skin Deep editor Lily Eisenthal said nudity among students isn’t uncommon, and plenty of students streak on campus. But those students don’t fully represent the school, she said, and they want to change that narrative to better represent the different body types on campus.

“Streaking is pretty common over here,” Eisenthal said. “One of the things about it is that it tends to be people who are incredibly comfortable with their body. It tends to be white men … We’re trying to veer in another direction.”

This coming weekend the editorial staff of Skin-Deep is hosting a clothing drive in order to raise money and awareness for their non-profit organization. The staff hopes to publish the magazine so that it can be free of cost for students. “I really want people to feel happier and stronger in their own bodies. And helping people learn that it can be fun to be naked.” said Wetherall

For Schiller, it isn’t the responses from the community that matter, but rather the connection Skin Deep creates with its readers. “When someone hears that mainstream media only promotes a very shallow view of beauty … I think that it’s hard not to agree that alternatives are necessary,” she said.