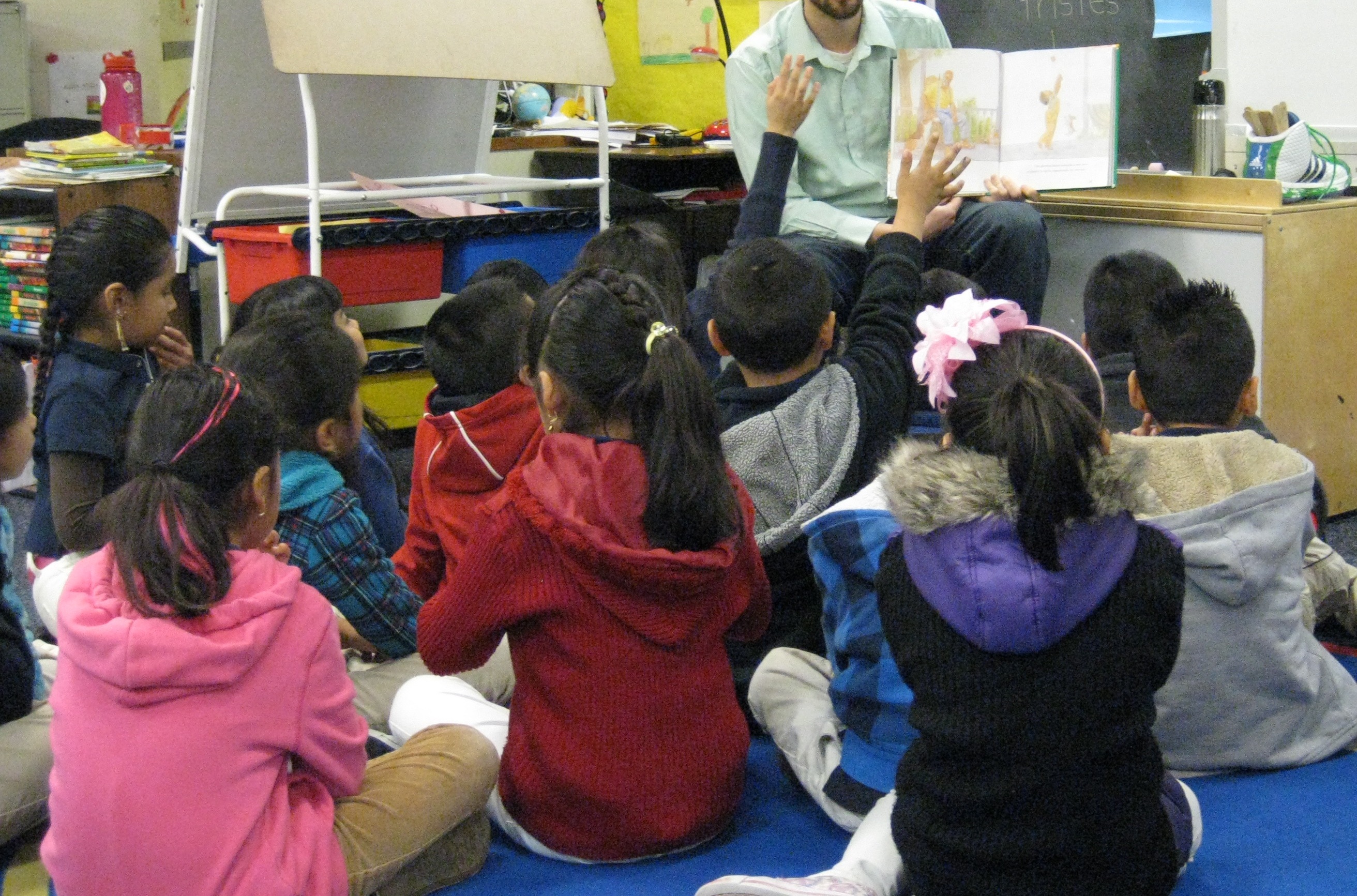 Today’s article looks at the practice of “counseling out” students with disabilities. The first article in the series looked at the numbers and at some of the reasons for the difference. In coming weeks, we will follow up with an article examining standard testing, students with disabilities, and school test scores. For more data on special education students in Twin Cities schools, click here.

Partly to blame are demographics, said school assistant director Patty McCauley. In the Somali culture, special education is associated with mental illness, she said. Some families in the mostly Somali charter school resist special education testing. Teachers individualize instruction so that even without a label, students get what they need.

But the school struggles to efficiently serve high needs students with disabilities that require them to remain outside the mainstream classrooms at least 60 percent of the day, putting them into a federal category labeled setting 3.

“We don’t really have a [physical] space for those students,” McCauley said.

When a student labeled setting 3 enrolls in the school, she said administrators encourage parents to look elsewhere. “We do kind of counsel them to say we just might not be the best,” she said. “But we would definitely make it work, if this is where the parent wanted to be.”

State and federal laws require that charter schools educate even students who have needs beyond what school leaders believe they can effectively accommodate. Still, in some cases, charters gently steer families towards other schools located in the big districts nearby, leaders in the charter community told the Daily Planet.

“Charter schools who do that type of counseling out, they run the risk of being perceived as engaging in disability discrimination,” which is illegal, said Dan Stewart, a lawyer with the Disability Law Center. The Minnesota Department of Education said “counseling out” is prohibited, but they have received no complaints about such practices.

Karen Kennedy, director of Innovative Special Education Services, an organization that advises charters on how to work with special education students, said that charters are not required to provide all special education services within the four walls of their school.

“I know that it probably comes across as charters not wanting the kiddos. That’s not the case at all,” she said “The bigger programs are more cost effective, have more resources.

“The bottom line is, for those of us in this field in Minnesota, what’s best for the students?” said Kennedy.

No single building in the Minneapolis or St. Paul districts offers programs that would fulfill the needs of every student in the area.

In Minneapolis, district students with intense needs are sorted into programs located in specific schools around the district. Individual schools have programs for autism, behavioral or developmental disabilities.

“To be able to have all of those needs under one roof is extremely difficult for a small organization,” said Brian Bloomfield, director of Nova Classical Academy, a charter school where 5.7 percent of the students were in special education last fall. This year Bloomfield said the school enrolls one student labeled setting 3, but last fall none of Nova’s special education students fell under that category.

Bloomfield did not include counseling students towards the district in his description of the school’s special education strategies.

When a setting 3 student enrolls, some charter schools have to create a program from scratch, hiring hard-to-find specialists willing to work in what may be a part-time position.

In such a small program, a student may end up in a classroom alone, and a solo teacher misses out on opportunities to pool knowledge and resources with coworkers.

That may be enough to convince parents to go back to the district. “If I’m a parent, and I’m pushing to create a program at a charter, then that child’s going to be by himself, and that’s not beneficial,” said Kennedy.

Given the challenges, some charter schools discourage high needs students from attending.

“If a student came into one of my charters and had significant needs, and we didn’t have a program within our building, I would contact Minneapolis and talk with them about their programming for this student,” said Kennedy. “Ultimately, the parent can say, ‘I’m not taking my child back to Minneapolis.’”

“If the charter school can’t meet the child’s needs, it is not obligated to build a program for one child,” said Laura Booth, an attorney with Booth and Lavorato, a firm that represents charters and traditional districts in special education cases.

She advises charters to accept students with high needs, then sit down with the family, school leaders and school special education specialists to describe the program they could build.

If the child’s needs require services that they can’t provide inside the school building, the charter can offer to contract with an intermediate special education district or even with a traditional district.

If the best setting is located in one of the traditional urban districts, Kennedy said it often makes more sense for the student to re-enroll there than for the charter to set up a contract.

Kim Mesun, who works with students with disabilities who transfer to the Minneapolis district, said 50 of 486 setting 3 and 4 students who transferred to the district last year came from charter schools.

Kennedy said a decision to move the child somewhere else isn’t always just about the time and resources that creating a program could cost the school. In a larger program, teachers and parents have peers with whom they share resources, and kids have classmates with whom they share time in specialized classrooms.

“It’s for the child’s sake,” said Booth. “Is it really fair to them to be the first one?”

Too much focus on academics?

Some question whether an over-focus on academics and test scores discourages some charter schools from creating programs for students with disabilities.

“I’m worried that if charter schools have such an academic focus and such high rigor, those charter schools might see it as too much time or too much work to help kids with disabilities,” said Stewart of the Disability Law Center.

Linda Silrum, director of Fraser Academy, a charter school where an inclusive education model attracts many students with disabilities, said focusing on test scores negatively impacts all students, including those attending traditional district schools. “It directs the focus away from development of the whole child into test prep. When you’re economizing your time that way, your mindset and strategies change,” she said.

[Look for a Daily Planet follow-up in the coming weeks examining how standardized tests impact students with disabilities.]

Some charters do make small setting 3 programs work, and a number of charter leaders interviewed said they do not counsel out students.

“Sometimes a student who is being served in a more restrictive placement may not need that level of service while they’re at the charter school,” said Booth.

At Dugsi, McCauley said that so far no parents have followed administrators’ advice to look elsewhere. She said staff successfully integrated some setting 3 students into general education classrooms.

In one case, the school repurposed class space to serve a setting 3 student who needed a separate room. McCauley said the student seemed to be making progress when the family unexpectedly relocated, leaving behind a program with no students.