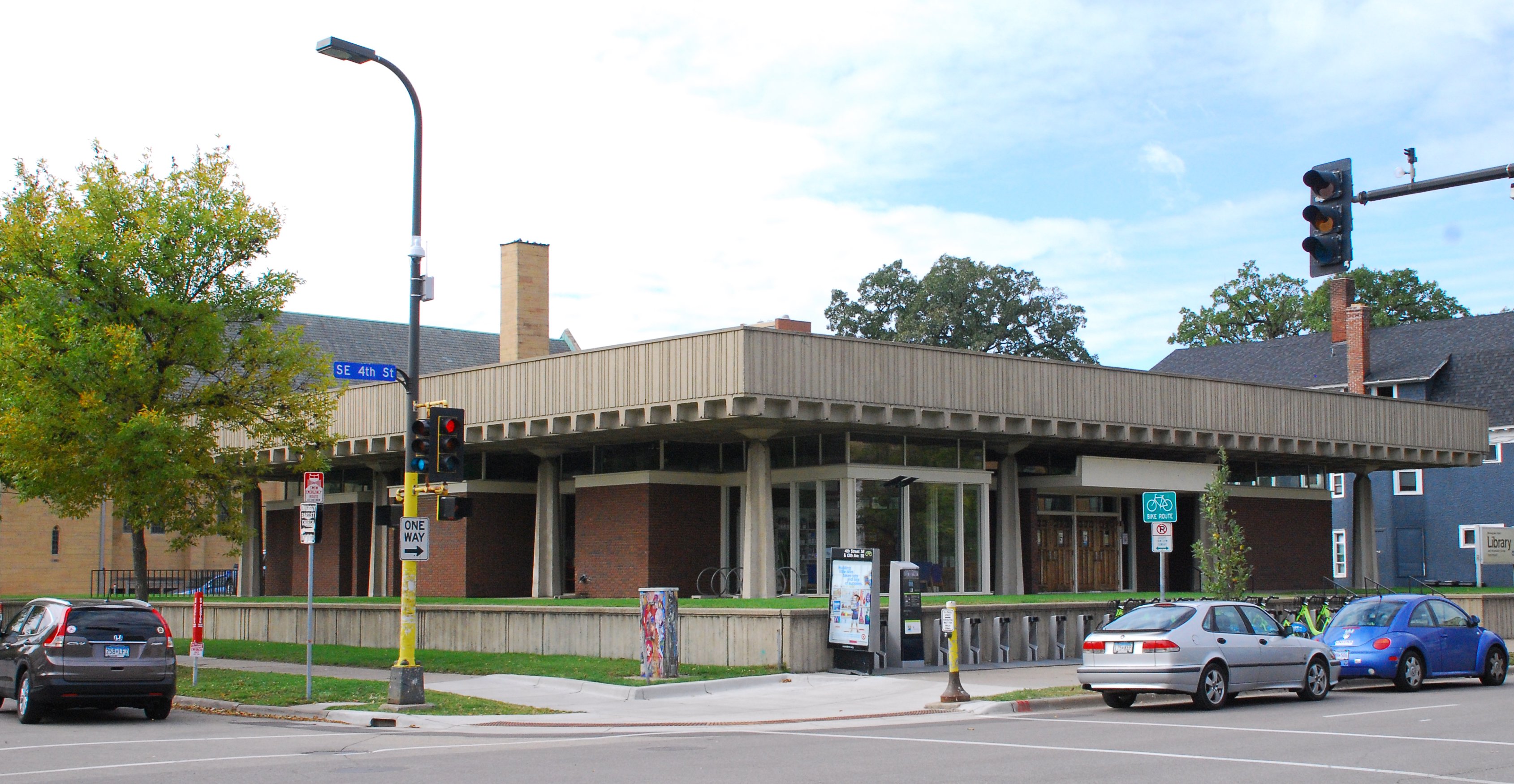 Should Southeast Minneapolis keep its library and, if so, should it remain near Dinkytown?

Southeast Minneapolis residents have been invited to suggest where and whether a new library should replace the current facility adjacent to Dinkytown at the corner of Fourth Street and 13th Avenue Southeast.

But some have complained that the public meetings, scheduled to begin this weekend, will not allow residents to support renovation of the current building, a classic of modern architecture designed by the late prominent Minneapolis architect Ralph Rapson.

“Participation is not only important in terms of providing your feedback and learning about the process, but your presence will help demonstrate community support for the Southeast library – our library,” said Hung Russell, co-president of the Friends of the Southeast Library.

The public meetings are in neighborhoods a consultant has determined represent the major stakeholders of the library. The meetings are:

Hennepin County, which administers the library, hired an architect to assess the viability of the current building, and it has hired Steve Kelley of the University of Minnesota’s Humphrey Institute to solicit community reaction and to make suggestions for the future of the library.

Kelley and his graduate students have presented the library’s advisory committee with range of alternatives to a library building, including kiosks and modern bookmobiles, for services currently provided by the library.

The consultant’s presentation and the process are posted on the library’s website at https://apps.hclib.org/buildingprojects/library.cfm?library=Southeast

Unlike the current library, new facilities may serve all the University communities, including the West Bank, with its a large Somali population, currently served by the Franklin Library.

While the Southeast Library has limited hours, the Franklin Library, renovated in 2005, has been open daily. The Franklin Library, a Carnegie Library building at 1314 E. Franklin Ave., is celebrating its centennial year. It’s open daily at 9 a.m., except Sunday when it opens at noon. The library closes at 8 p.m. on Tuesdays and Thursdays and at 5 p.m. every other day.

The Southeast Library is open from 9 a.m. to 5 p.m. on Tuesdays and Saturdays and from noon to 8 p.m. on Thursdays.

The Southeast Library has been overdue for renovation or replacement under a schedule set by the county after the merger of city and county libraries in 2008. In a series by the Daily Planet in January 2013, library officials, including County Commissioner Peter McLaughlin, said work should begin on the library a year ago.

Last February, Cordelia Pierson, then president of the Marcy-Holmes Neighborhood Association, wrote to McLaughlin to encourage more attention to the Southeast Library, saying the draft Marcy-Holmes plan called for a library to continue in Dinkytown. She also said she was concerned that he said the county was “not prepared to talk about a library location,” and “it is not clear whether the county would create an actual library.” She also said McLaughlin said any capital improvements are “a ways out.”

Last year, a conflict seemed to be building between Prospect Park and Marcy-Holmes neighborhoods for a proposed new Southeast Library building. Prospect Park residents said they could better serve the West Bank residents because both are on the Green Line light rail.

The study commissioned by the county to study the building seems to have been ignored. Architect Paul Gates and other consultants issued a report last year on October 14, 2013, stating that the Rapson building, constructed in 1967 as a credit union, could be repaired, made wheelchair accessible and upgraded for a feasible amount while preserving an example of classic modern architecture.

In May, the Minnesota Daily reported that Kelley and library officials will look at ways to improve services and possibly expand the Southeast Library.

In past struggles over the library, neighborhood residents complained that library planners assumed that most neighborhood residents were students and, therefore, had access to campus libraries. At that time, University students and staff often used the well-lighted reading area of the Southeast Library. The assumption that neighbors routinely access University facilities may have returned to the planning.

In stressing the importance of attending the public meetings, some participants said, most of the stakeholders consulted so far work for the University other institutions and do not live in the Southeast neighborhoods.

Those who cannot attend the meetings are invited to “connect” through www.hclib.org/southeast, selibraryproject@gmail.com, or 612-643-1934. A Poster announcement is at https://apps.hclib.org/buildingprojects/documents/Se_CommunityMeetings_Poster.pdf

Read more in the TC Daily Planet’s 2013 series, ‘The future of the Southeast Minneapolis Library’:

The library, designed by the late architect Ralph Rapson, is an example of modern architecture in Southeast Minneapolis.

The future of the Southeast Library near Dinkytown is being debated.