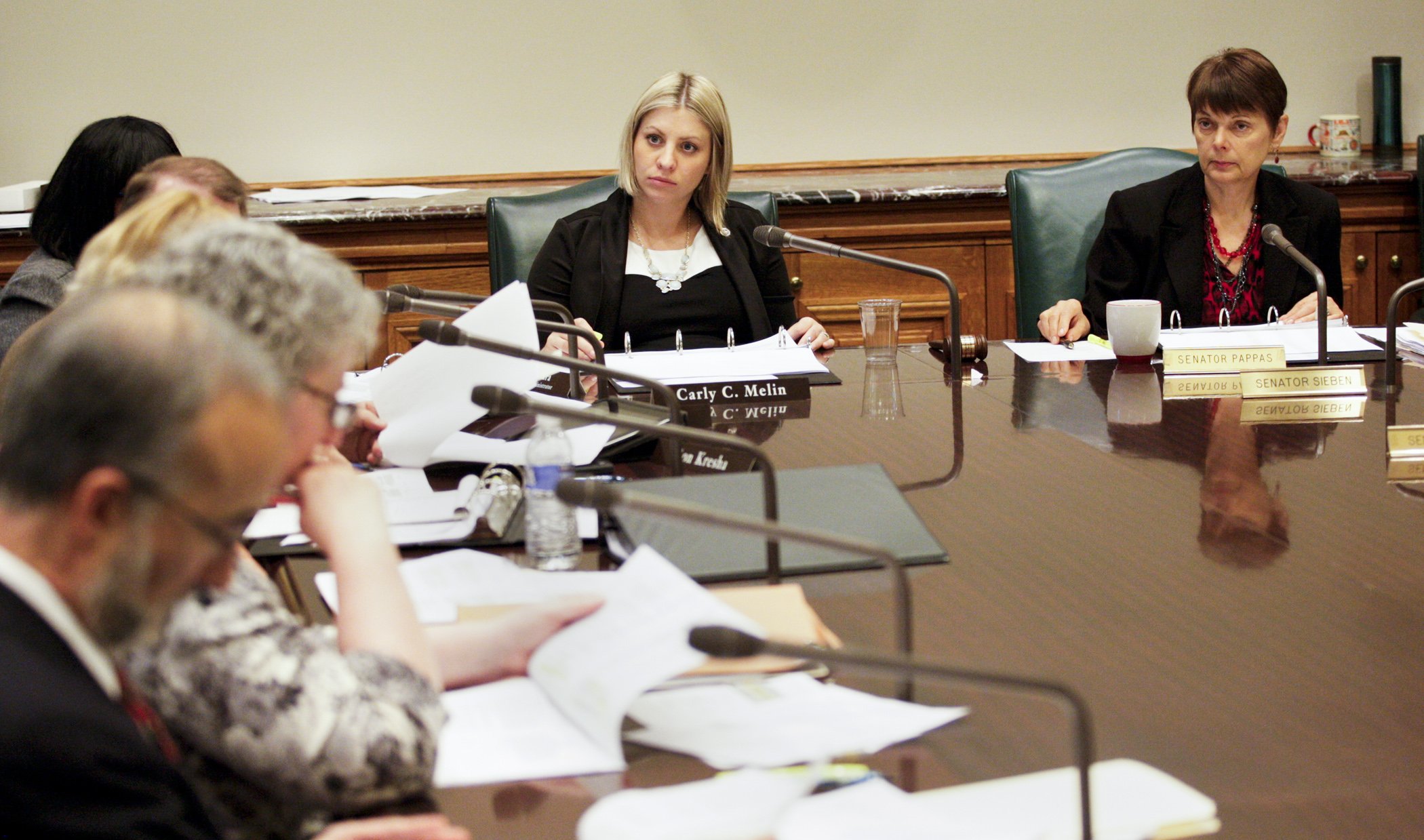 Rep. Carly Melin and Senate President Sandy Pappas listen as legislative staff do a side-by-side comparison of HF2536*/SF2050, the so-called “Women’s Economic Security Act,” during an April 29 meeting of the conference committee. (Photo by Paul Battaglia)

If you’re a family caregiver should you be protected against discrimination in the workplace? This is the question the conference committee on the Women’s Economic Security Act (WESA) seeks to answer as it considers expanding protected classes within the Minnesota Human Rights Act.

The House hopes to add “familial status” and “family caregiver” as protected classes under the state’s Human Rights Act when it comes to employment.

Rep. Carly Melin (DFL-Hibbing), who sponsors HF2536*/ SF2050 with Senate President Sandy Pappas (DFL-St. Paul), said at the committee’s first meeting on Tuesday that confusion is massive in regards to the provision. Several testifiers opposed the House position on the issue as they said it is an opportunity for those considered “family caregivers” to be given special treatment.

“All this does is prevent discrimination against people with that class,” Melin said. “There’s a lot of confusion when it comes to this provision and what the [human rights] act does. You think it’s about giving special treatment, but it’s about not discriminating against these people.”

The Senate removed the provision although Pappas said they weren’t opposed to it. Since the provision deals mostly with employer issues, she said they felt that it should belong in general labor law, not in the Minnesota Human Rights Act.

The act protects myriad classes against discrimination including race, color, sex, marital status, disability and sexual orientation. Currently, “familial status” is considered a protected class, but only when it comes to housing. The House provision would expand the state’s Human Rights Act to also protect familial status when it comes to employment. The provision would also add “family caregiver” as a new protected class.

In some form, both versions of the bill include:

At the end of Tuesday’s meeting, there was no indication when the conference committee would meet again.