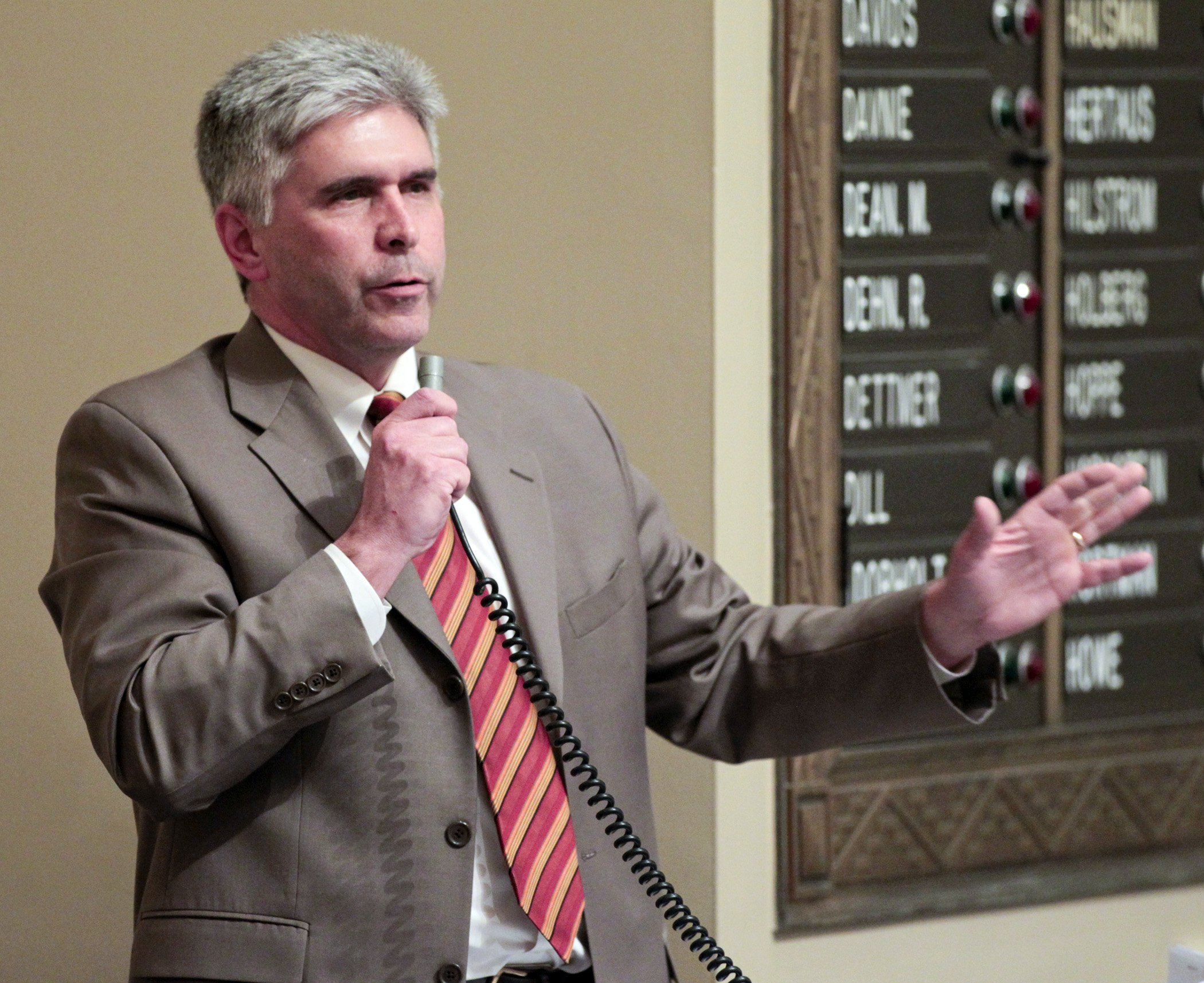 Short-term lenders in Minnesota may be capped at the number of loans they can issue to a borrower per year and may have to limit interest rates.

Sponsored by Rep. Joe Atkins (DFL-Inver Grove Heights), HF2293 would require short-term lenders to determine and document whether a potential borrower has the ability to repay a loan, limit a borrower’s debt-to-income ratio to 41 percent, and cap the number of short-term loans at four per year.

The bill was passed 73-58 by the House Thursday, but not before an extensive debate. It now goes to the Senate, where Sen. Jeff Hayden (DFL-Mpls) is the sponsor.

“Think about the highest interest rate you’ve ever paid on a loan. For me, it was 12 percent,” Atkins said. “What we’re talking about here are rates in excess of 391 percent. Those who take out payday loans should not be treated like second-class citizens.”

Several amendments were successfully added to the bill that would allow borrowers who’ve maxed out at four loans for the year to get a fifth if they need to pay a student loan, child support payment, or mortgage or residential rent payment. The interest rate for this extra loan would be capped at 36 percent, which would also be applied to active-duty military and those who’ve been honorably discharged.

“By the time they get to that fifth loan, half the money they’re paying back is interest,” Atkins said. “It’s just not right.”

When a payday lending bill came through the House a few years ago, Atkins said he voted for it because it was intended for these loans to be for emergency use and it appeared that the lender took all the risk because of high default rates. Currently, the default rate on short-term loans in Minnesota is 2 percent. The average number of short-term loans taken by one person per year is 10.

“Most bills have a reason,” he said. “I’m still trying to figure out the reason for this bill. Let’s call it the Loan Shark Protection Act of 2014. If we do this, people will either go on the Internet or to the street to a guy named Guido or Bruno where they’ll be at risk of losing a finger.”

Rep. Kurt Zellers (R-Maple Grove) said the issue was not with Minnesota businesses, but with the Internet.

“You’re putting the people you claim to be helping at greater risk by sending them to the Internet,” he said. “You have no idea where these [Internet] folks are or the rate they’re charging. It’s the wild, wild west. I can’t support a bill that will take choices away from consumers.”