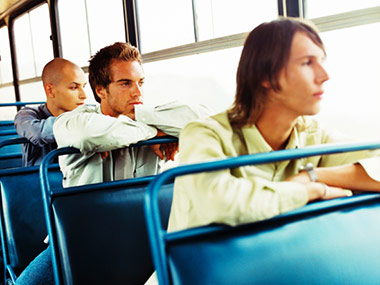 East metro leaders often complain about a lion’s share of the Twin Cities’ public resources going to the Minneapolis side of the metro. Since the Golden West, as the late Minneapolis Mayor Charlie Stenvig called it, is home to two-thirds of the region’s population and development, a similarly proportional allotment seems to make sense.

But some in the east metro are making a chicken-egg argument for tipping the balance in their favor when it comes to transit development. The west has already benefited from “60 years of investment and resulting economic development,” Ramsey County Commissioner Jim McDonough told the Pioneer Press. “We need some of that investment to encourage economic development here.”

It’s true that the Twin Cities’ first two rail transit projects, the Hiawatha and the Northstar, serve only the west and terminate in Minneapolis. And the next two light rail lines on the Metropolitan Council’s drawing board, the Southwest and the Bottineau, are solely west metro as well. Projected ridership stronger than anything the east can offer has driven that planning bias, but leaders like McDonough attribute that to decades of the west getting the goodies and the east getting the crumbs.

Meanwhile, however, St. Paul and environs have hardly been shut out of all transit development. The area’s first highway bus rapid transit line, set to begin service in June, will originate in the east metro’s Apple Valley, and two-thirds of the Central Corridor light rail, the state’s costliest transit project yet, will serve St. Paul when it opens next year. It has already spurred strong redevelopment along University Avenue.

In addition, the Met Council has prioritized Snelling Avenue in St. Paul and its northern suburbs for arterial bus rapid transit. And the historic Union Depot in St. Paul has been remodeled as a transit hub at a cost of a quarter-billion dollars while the Minneapolis Interchange won’t be finished untl next year.

Sometimes, though, the east itself has derailed transit development. A $40 million state appropriation for a dedicated busway down West 7th Street from downtown St. Paul to the airport was turned back a decade ago in the face of NIMBY opposition. And lawsuits filed by Minnesota Public Radio and Summit-University interests in St. Paul impeded the Central Corridor project. (The University of Minnesota also sued over feared impacts on its East Bank campus in Minneapolis.)

East metro leaders also need to be smarter in what they lobby for, and signs of that are emerging. After years of misplaced focus on a couple of envisioned commuter rail lines to St. Paul that couldn’t come close to ridership projections for the so-far disappointing Northstar, now they’re coalescing around hopes for high-quality transit running east and south of downtown St. Paul along the Gateway and Robert Street corridors. And the St. Paul City Council recently voted unanimously to revive bus rapid transit plans along the Riverview Corridor of West 7th and Shepard Road.

The east metro may never match the clout of its big sister in Minneapolis and beyond. But with unified advocacy for transit projects bearing the highest potential for ridership and development, it can make progress in step with the Golden West.